Hansson Private Label (HPL) is a manufacturer of personal care products. The company was purchased by Mr. Hanson in 1992. The investment represented a significant risk for Hanson because a significant portion of his wealth was tied up is a single investment. Over the past sixteen years, Hanson has grown the company at a conservative but persistent fashion. He is now faced with an investment opportunity that promises swift growth but also accompanies a significant amount of risk. The sales of private labels are dependent on a few larger customers, and customer retention is very important to a company like HPL. Recently, HPL's largest customer has approached the company for a large order. The company will need to invest in expanding its facilities in order to meet the order requirements. This is an excellent opportunity for HPL, but the downside is that the customer would only commit to a three-year contract and the company can bear significant losses if the customer refuses to buy the product after the contract expires. Therefore, Hansson needs to accurately calculate the cash flows related to the investment and account for the risk inherent in the investment before he can make a decision on the expansion project. 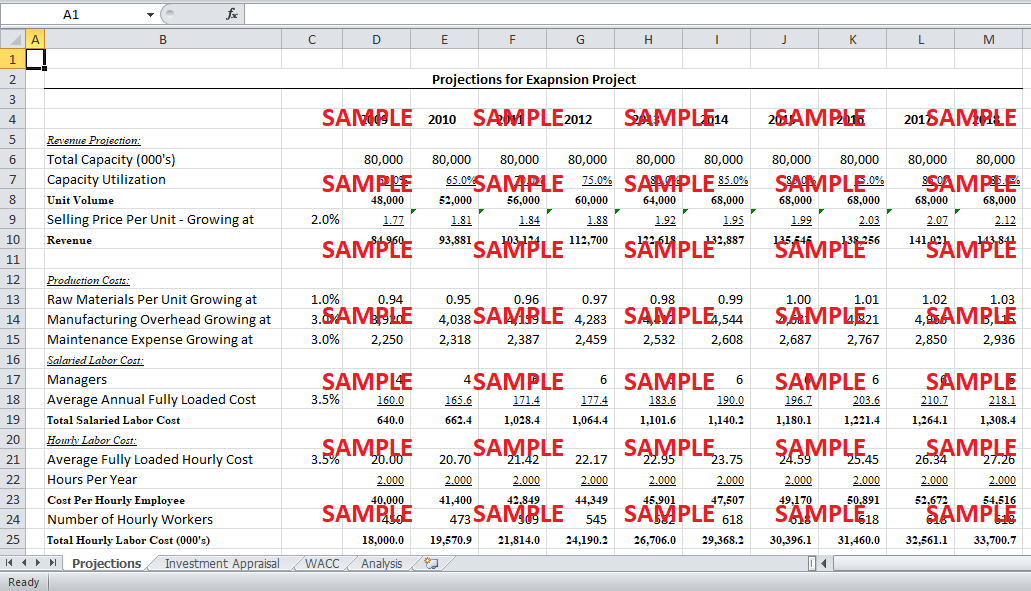 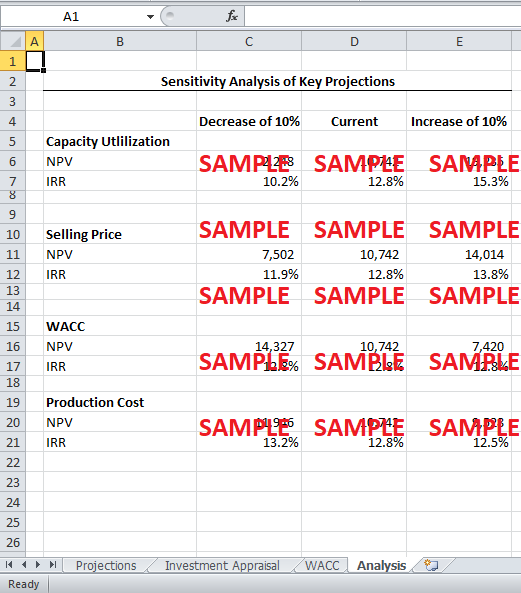 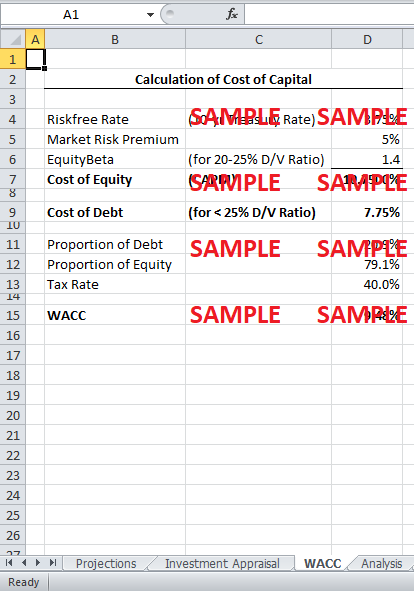 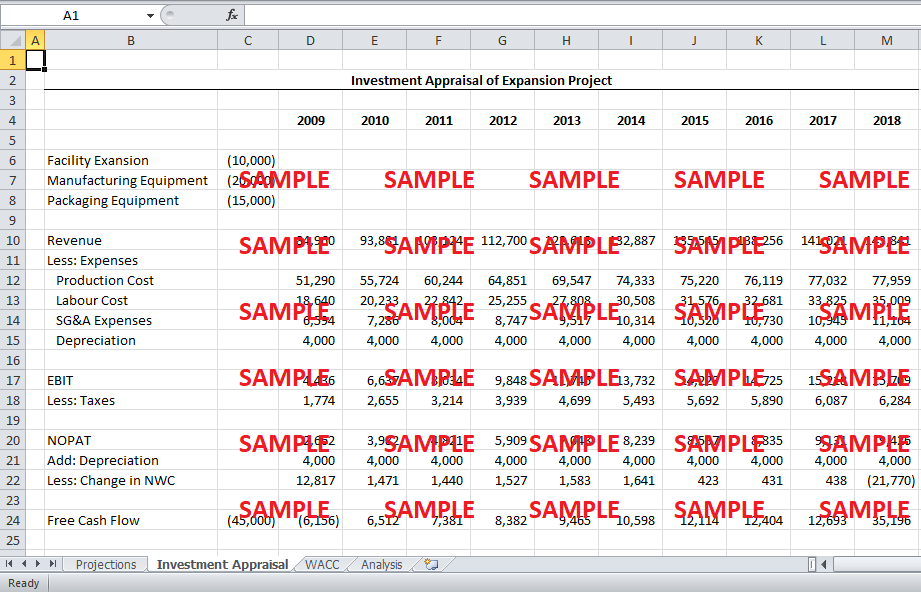 The Executive VP of manufacturing, Robert Gates, has made a number of assumptions regarding the future operating performance of the new facility. Gates starts with a starting operating capacity of 60% and steadily increases it to 80% by the end of the tenth year. It is not clear whether there will be sufficient demand to produce so many units of the product. The customer has only agreed to a three-year contract, and the demand after the first three years is subject to speculation. It is possible that the customer continues to buy products from HPL even after three years, or other customers start buying the same product. However, it is also likely that the customer will not buy HPL's product after the contract expires. If the company cannot find an alternate buyer under such a scenario, the capacity utilization may be lower than the speculated level. In the absence of any information to the contrary, it is assumed that the capacity utilization forecasts represent the best estimate of the future demand for the company's product. Nevertheless, it will be interesting to see how the expansion project's value varies with different levels of capacity utilization.

Similarly, Gates has assumed an annual increase in the selling price of 2%. The forecasted increase is higher than the historical increase, which averaged 1.7% over the past five years. An overestimation of the increase in projected price might overestimate the revenues from the expansion project. In reality, the bargaining power of the customer of strong especially after the contract period ends, and the company might not be able to increase the price at the projected rate. It will also be interesting to see how increases in the projected expenses affect the value of the company. The management is worried that Hansson is avoiding growth and looking for stagnation. Therefore, Gates has an incentive to undervalue expenses and overvalue revenues in order to present the project in a positive light and convince Hansson to undertake the project. Such a move might not be beneficial for the company as it might force Hansson to accept a project that is actually destroying value for the company by generating a negative NPV.

The cash flow projections generated by Gates will be tested for sensitivity analysis in the latter portion of this response. In this section, the project will be appraised assuming that Gates' projections accurately reflect the economic reality of the project. Using Gates projections, the earnings before interest and tax can be calculated by subtracting both operating and administrative expenses from revenues. The depreciation on the new equipment is also subtracted, as it is a tax-deductible item and hence affects cash flows. The net operating profit after tax is calculated by subtracting the tax expenses from the earnings before interest and tax. The depreciation expense is then added back to the net operating profit after tax because depreciation is a non-cash expense - that is it does not affect cash flow. The result is then adjusted for the changes in networking capital to get free cash flows. The networking capital is calculated using the ratios provided in the case study as well as the revenue and costs projections. At the end of the life of the project, it is assumed the working capital is returned, amounting to the difference between accounts receivable and accounts payable. It is also assumed that all inventories will be sold and inventory levels will be zero at the end of ten years.