The sales manager at Harmon Foods Inc. faces difficulty in predicting the sales for its premium cereal brand ‘treat’. There is a need for the company to produce accurate forecasts. Inaccurate forecast can lead to possible loss of advertising budget. Both the brand and sales manager have delved into the factors affecting sales. Two most important factors are the promotional offers namely consumer packs and dealer allowances. Besides these offers, managers think that time trends, seasonal factors and the possible lags (loss in the current month sales due to high past month sales) are the relevant factors to be considered. The best way to predict sales is to develop a regression model and analyze different coefficients to find out their relevance with sales. 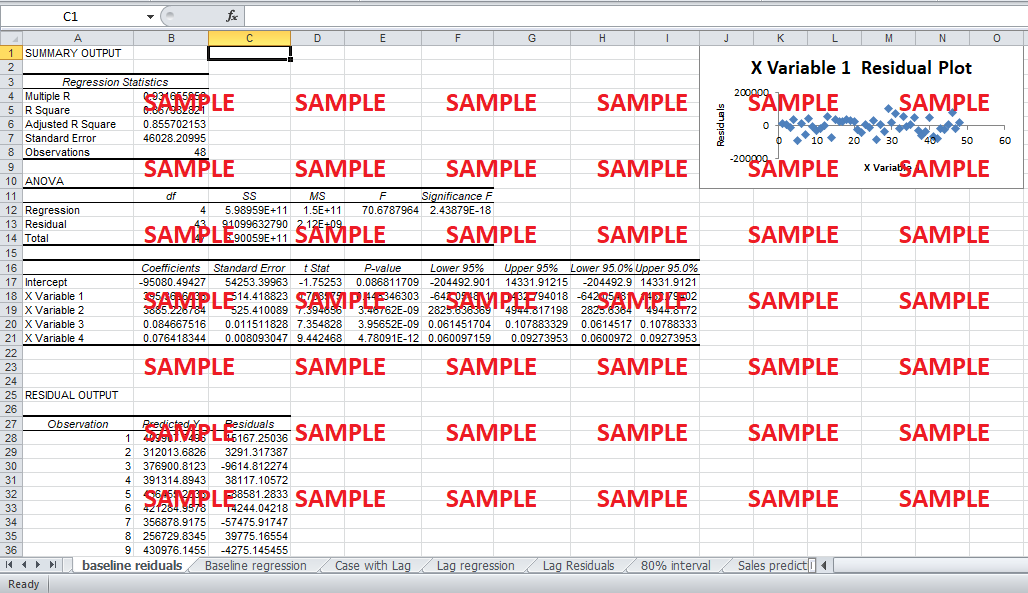 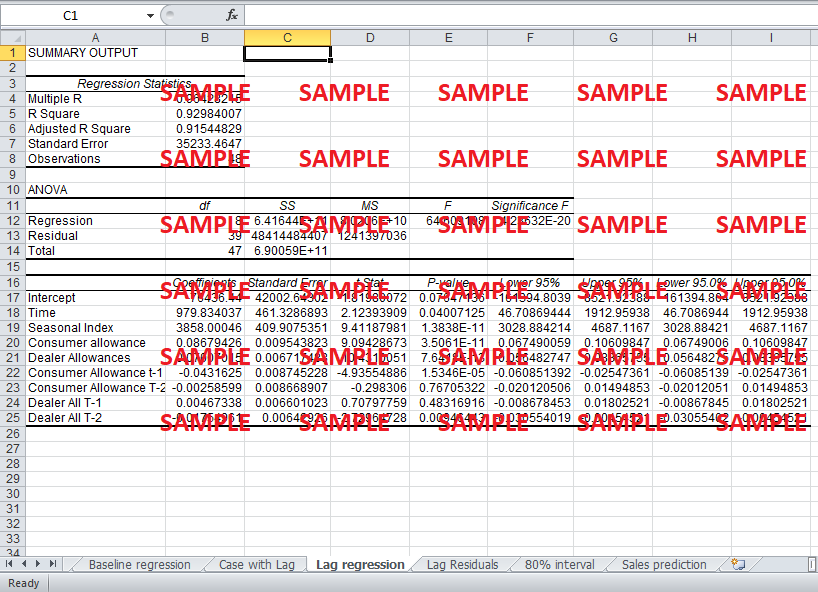 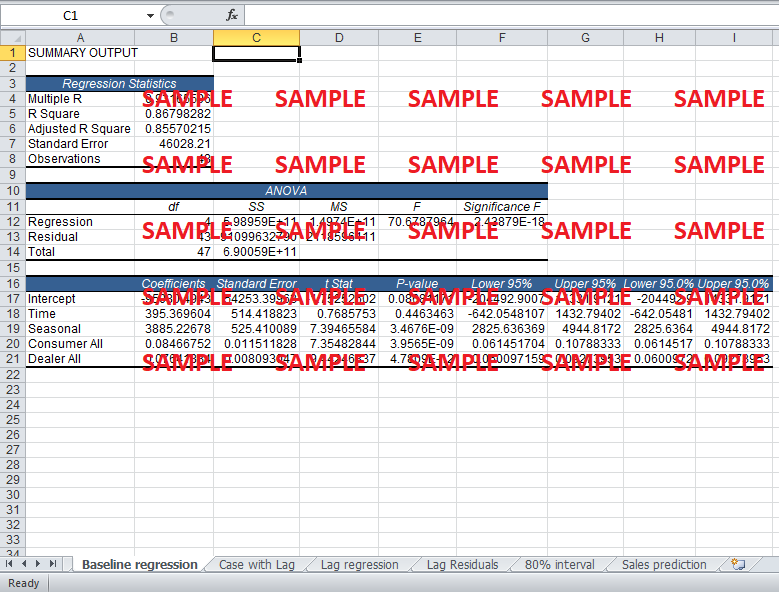 1. Build the regression model, starting with the independent variables in the file “harmon.xls”. Please include the regression output for your model in your report.

All these variables are independent, and sales figure depends on all of them. As sales depend on more than one variable; thus, the output will be a multiple regression model consisting of 8 independent and 1 dependent variables. The equation for these variables can be written as:

For the purpose of regression, consumer allowances are taken rather than consumer cases. Also, it is assumed that each case contains 24 coupons and every coupon has a valued discount of 20 cents as pointed out in the case.

2. Argue that your model is good.

a. How does it compare with other possible models (if you include/remove some independent variables, etc.)?

b. Check whether the regression assumptions are satisfied (briefly summarize your conclusions from residual analysis).

The model discussed above contains 8 different independent variables. It is mentioned in the case that due to allowances in the past months and inventory buildup, the sales for consequent month is affected negatively. Also, as only two months significance is described in the case so lags for last two months is included. The equation also includes time trend as pointed out in case. The model is complete in terms of related variables and their significance to sales. The following figure shows the baseline case regression analysis, which excludes lags on the part of both the consumer and the dealer allowances.