Hintz-Kessels-Kohl A.G. (HKK), a manufacturer of two-wheeled vehicles, trucks, buses, farm machinery and ball bearings was the third largest manufacturing and leading automobile firm of Austria’s in 1978. With the company's rapid growth since mid-1960s resulted in company's focus to selected export markets and by 1975 the exports accounted for over half of HKK's sales. The concern for HKK was a recent bid that was being prepared by its Commercial Vehicle Division for its Costa Rican Customer in which it would sell 180 four-wheel-drive trucks; however, the payment would be received in a USD[1] and over a period of five years. The deal was very lucrative on face value generating around ATS[2] 300 million in revenue in which ATS 200 million worth of operating cost was involved. However, the problem was the fact as the payments would be received in USD, and despite the fact that the USD has shown an appreciating trend, it was expected that the value would decline in the future which was making the Costa Rican deal less attractive. Also, political and economic inconsistent situations in Costa Rica posed a significant credit risk in the bid and HKK also had a limited experience of working in that part of the world. 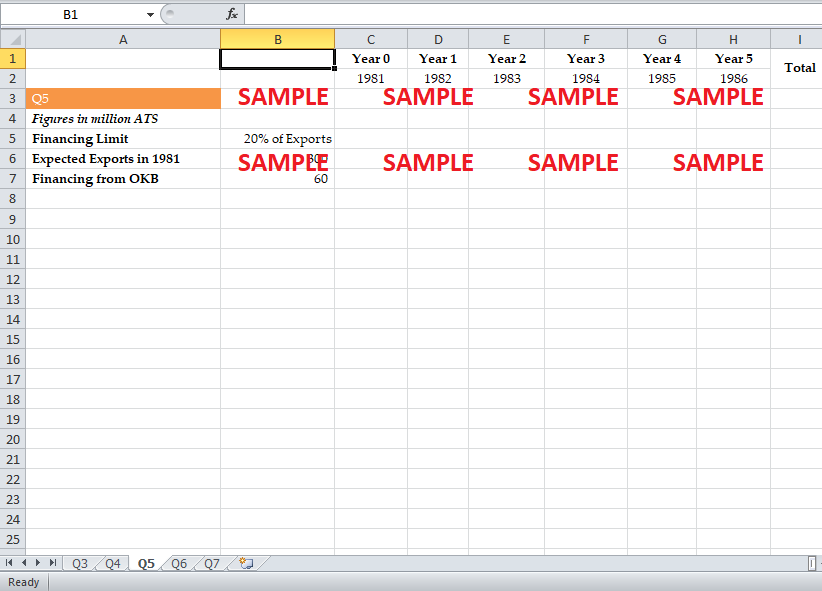 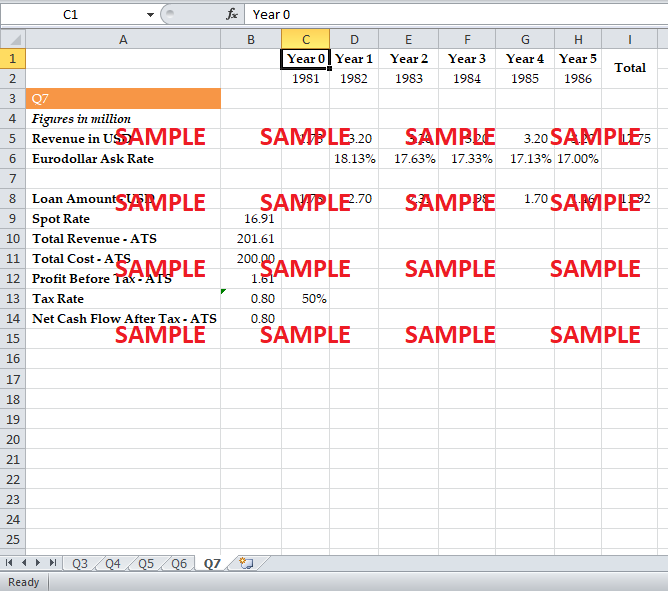 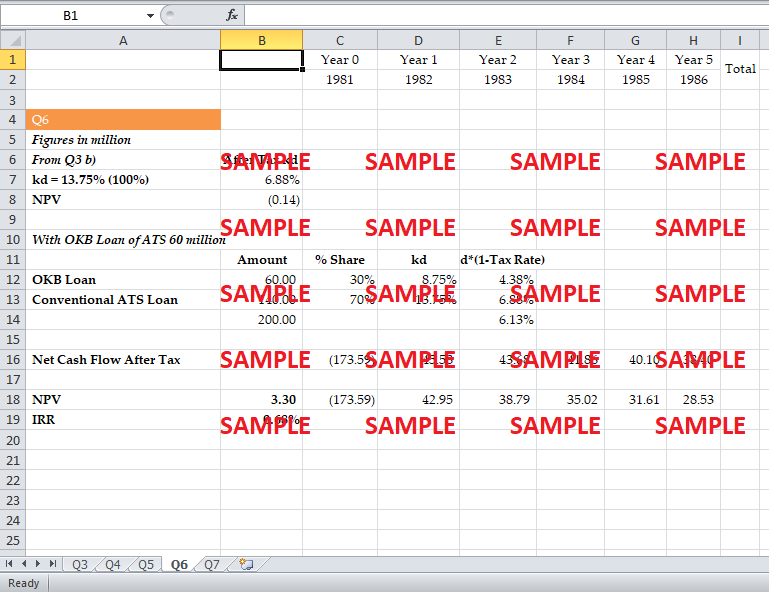 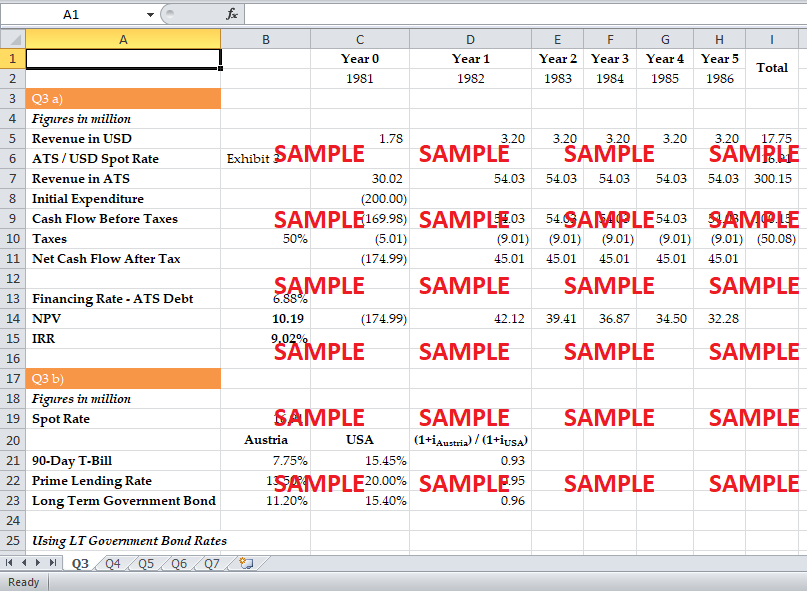 1. Why are Wiesinger and Burgenlander at odds over the Costa Rican bid? What is the source of their conflict?

HKKs rapid growth had resulted in organizational decentralization and resulted in the creation of seven responsibility centers which reported directly to the management board. This new organizational structure required each division to be considered as a profit center and was evaluated on its performance. Therefore, the conflict between Wiesinger and Burgenlander over the Costa Rican bid resulted from this restructuring decision. As the deal looks good from the sales division prospective because it generates a ATS 100 million on face value to the bottom line and reflects favorable to the sales division. On the other hand, treasury department would show an adverse performance due to an expected decline in USD. Wiesinger and Brgenlander are concerned over the performances of their respective divisions and are odds on this Costa Rican sale bid.

2. How would you alleviate the conflict between Wiesinger and Burgenlander?

As the payments for the 180 four-wheel-type trucks is to be received over the next 5 years in equal installments with 10% down-payment and future forecast predicts a decline in the value of USD. This increases the riskiness of the deal and uncertainty in its execution of the plan. This risk can be mitigated if the company would underline the premise that organizational profitability has a higher weight-age than individual division performance.  Both divisions focusing a common goal would reduce the conflict between the two divisions because currently both the divisions have opposite’s goals while considering this Costa Rican sale bid.

3. How attractive would the Costa Rican contract be to HKK assuming?

a. no change in the $/As exchange rate

Referring to the attached excel sheet (Q3 a), it  can be seen that amounts received over the 5 year period are equal to USD 17.75 million which if calculated at the current exchange rate (ATS/USD 16.91) translates to a ATS 300.15 million. Assuming there is no borrowing from OKB, the finance options available to HKK is 12.75% plus 1% spread which translates to 6.88% after cost of debt, i.e. the cost of capital for this project. The NPV for this project is calculated to be ATS 10.19 million and an IRR of 9.02%; both indicate a positive inclination to accept the project.

b. Expected exchange rate changes given the long-term interest rates in Exhibit 2.

In this case, the exchange rate ATS/USD fluctuates over the 5 year period. Discounting the after tax cash flows for the project at the same cost of capital as the above question, there is a negative ATS 0.14 million NPV and an IRR of 6.84%, which is lower than the cost of capital. Thus, from a valuation perspective, this deal may not add significant value to the overall organizational performance. The primary reason for such a decline is the expected decline in the value of USD.

4. Repeat question 3 under the following scenarios:

c. A dollar depreciation of 20 percent below the expectation in part 3-b

If the dollar further depreciates from the scenario in Q3 b), the deal becomes even less attractive as it shows a negative ATS 19.44 million NPV and an IRR of 2.55%. In such a scenario, the performance of treasury division would reflect very adversely on the company because it would require HKK to bear a loss of over ATS 100 million on foreign exchange operations, as well as, borrowing cost and it would definitely result in Wiesinger disagreement over the bid.

d. A dollar appreciation of 25 percent above the expectation in part 3-b

On the other hand if, USD appreciates by 25% from expectations in Q3 b); then, the deal becomes very favorable for HKK because it contributes an ATS 28.81 million to the bottom line. With an IRR of 13.38%, it definitely adds value to shareholders equity given the cost of capital being 6.88%.

5. How much OKB financing could potentially be made available in connection with the Costa Rican contract?

The Oesterreichische Konrollbank Aktiengesellschaft (OKB) has made available a pool of ATS 91 billion for providing to Austrian banks for medium and long term lending for export contracts. However, the amount of lending would be 20% on the exports value of the customer. As per the expected exports of ATS 2.5 billion in 1981, HKK should be able to secure ATS 500 million for the organization. However, the company has already availed OKB financing for few of its projects, which include tractor sales to Yugoslavia, motorcycle sales to Pakistan, as well as, the first sale to Iran. Therefore, as per the sale bid of ATS 300 million, the finance required to secure this specific transaction would be ATS 60 million.

6. How much more attractive might the contract be because of the OKB financing? For simplicity, assume that OKB financing provides As 60 million in non-amortized debt at an annual pre-tax interest savings of 5 percent. Assume a 50 percent corporate tax rate.

If it is assumed that OKB financing of ATS 60 million is available for this project, then the bid feasibility changes slightly from Q3 b). Referring to Q6  excel sheet calculations, there is a reduced in cost of capital as ATS 60 million is available at a lower financing cost while the remaining amount to be financed at the existing 13.75% cost. Thus, the effective cost of capital becomes 6.13% instead of 6.88% in the previous scenario. The NPV translates to value of ATS 3.30 million which is ATS 3.44 million higher than the previous scenario where OKB financing is not available. Thus, the sale bid becomes more attractive simply by employing this finance facility with similar exchange rate forecast.

7. Would you cover the currency exposure assuming that the contract is denominated in U.S. dollars? Why or why not?

Though the sale bid looks good with OKB financing, there is significant foreign exchange risk if the rate changes further. The riskiness of the deal can be reduced through hedging in the foreign exchange market. On the other hand, if the dollar appreciates, the deal would be pretty decent and would offer favorable impact to the company financials. From the excel sheet  calculations for Q7, it can be seen that the currency hedge produces an NPV of ATS 0.80 million which is favorable would mean that company book an immediate profit, which would not be too significant, but something indeed. Therefore, it does not make sense to go for the hedge option because that would mean they would be locking at the break-even levels. Hence, implying that it should be waited for the exchange rate to change, expecting the dollar to appreciates. However, keeping the option in hand for excise in case the USD depreciates further.

8. In summary, what would you recommend that Wiesinger do about the Costa Rican bid? If you recommend a hedge of the currency exposure, state how you’d hedge; that is, the amount and the type(s) of contract(s) with which you’d hedge.

The deteriorating economic and political situations in Austria is another matter of concern for the organization as it increases HKK's exposes to country risk due to the fact that recent sale transaction with Iran and Pakistan. But nevertheless, the presents a big opportunity in the competitive market to gain a foothold and build a relationship with Costa Rica's largest automobile dealer.