Penelope is considering whether it is a worthwhile investment to launch new mobile phones besides a very competitive market. This case is about how to deal with real options. Penelope would have to launch the first-generation phone and then later he may launch the second and third versions of the phone. For analysis purposes, a simplified version is taken by considering the NPV of launching only the first generation. Then there is an opportunity to sell the assets at end of year two so this opportunity is combined with the first and the total scenario is analyzed. In the end, the effect of launching second-generation phones on the feasibility of the first one is analyzed. 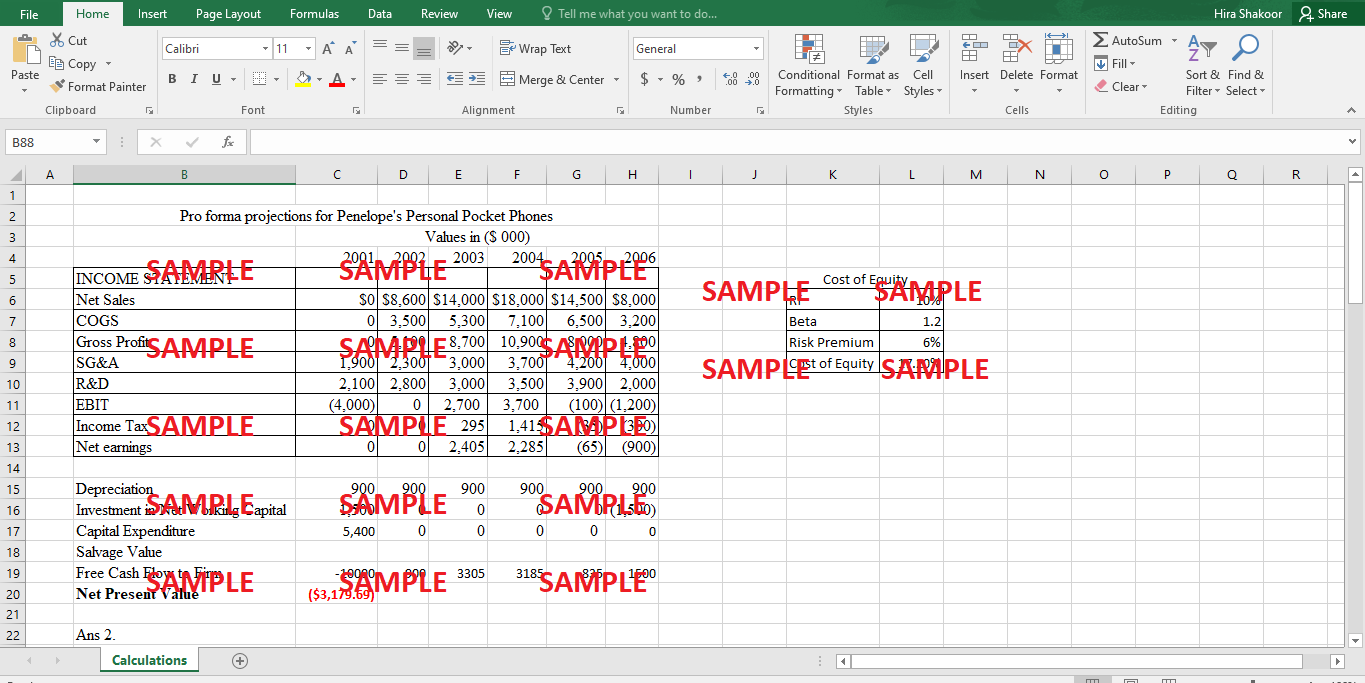 1. Ignore the follow-on opportunity in the second generation project for the time being. What is the net present value of Penelope’s first-generation phone?

Free cash flow to the firm is calculated by the formula:

EBIT (1-t) is equal to net income, in this case, being a total equity firm. Depreciation and net working capital are given in exhibit 1. All amounts are presented in “000”. It is given that annual depreciation for 6 years is $900, each year so initial investment in the form of capital expenditure would be $5,400and no capital expenditure after that. Salvage value for that capital expenditure at the end of year 6 is assumed to be zero. So there would be no terminal cash flow calculations involved in this scenario. After calculating free cash flows to the firm, the Net Present Value of only 1st generation phone is calculated which comes out to be ($3,389.79). Since it is less than zero, this is not a worthwhile project alone and Penelope should not go for that project.

2. Ignoring the option to invest in the second-generation phone, how valuable is the ability to sell equipment in Year. Would you recommend that Penelope invest in the first project under this scenario? Why?