Accounting For The IPhone At Apple Inc Case Solution

Apple Inc bundled the cost of future software upgrade in the price of iphone. This led to a grave problem as Apple had to follow the subscription method of accounting by recognizing only a portion of overall revenue. This situation adversely affected the financial performance of Apple as investors were expecting high EPS. Partially as a result, the stock price of Apple plunged down by 36%. As a result of this accounting treatment, the financial (profitability) ratios of Apple also suffered. Consequently, keeping in mind all the investors, Apple included non GAAP figures in its financial statements. However, Apple was benefited as due to this free software update, the app store was accessible and huge revenues were recorded from this. 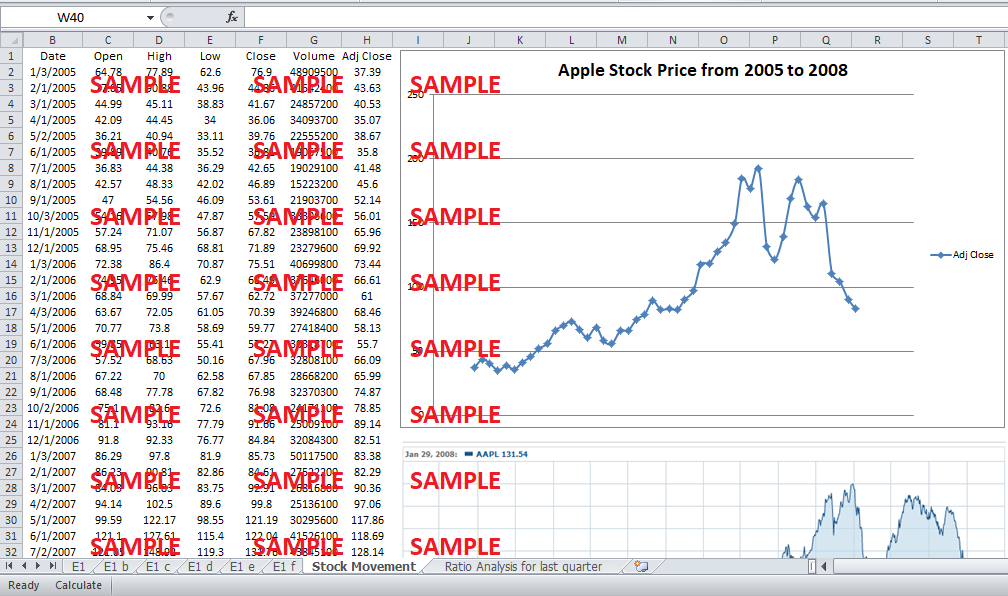 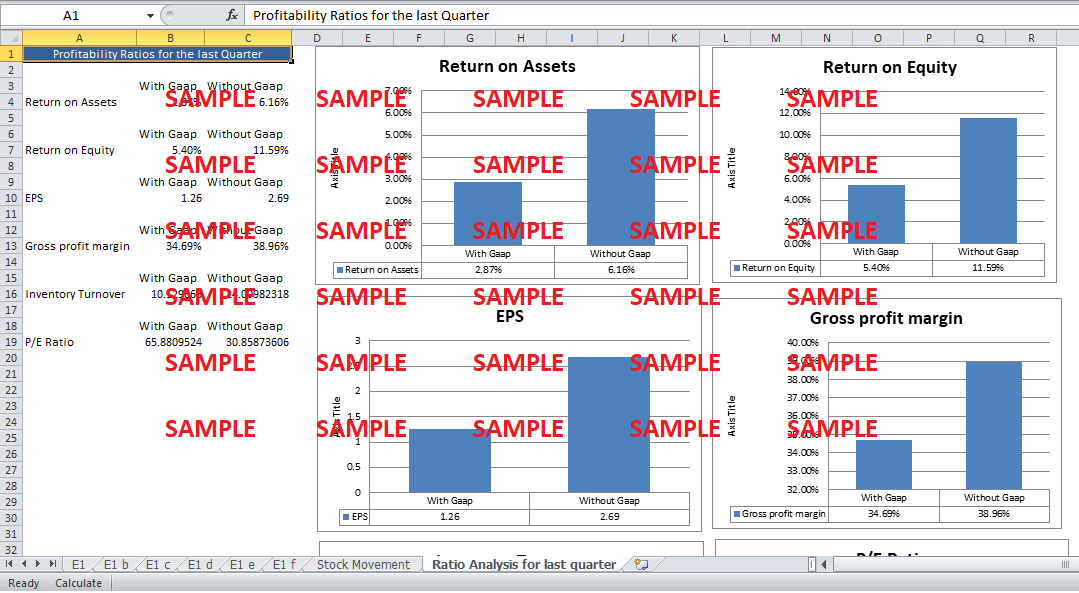 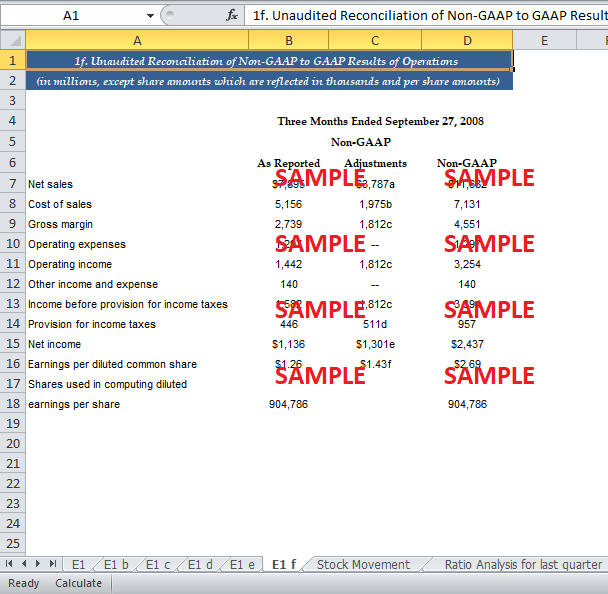 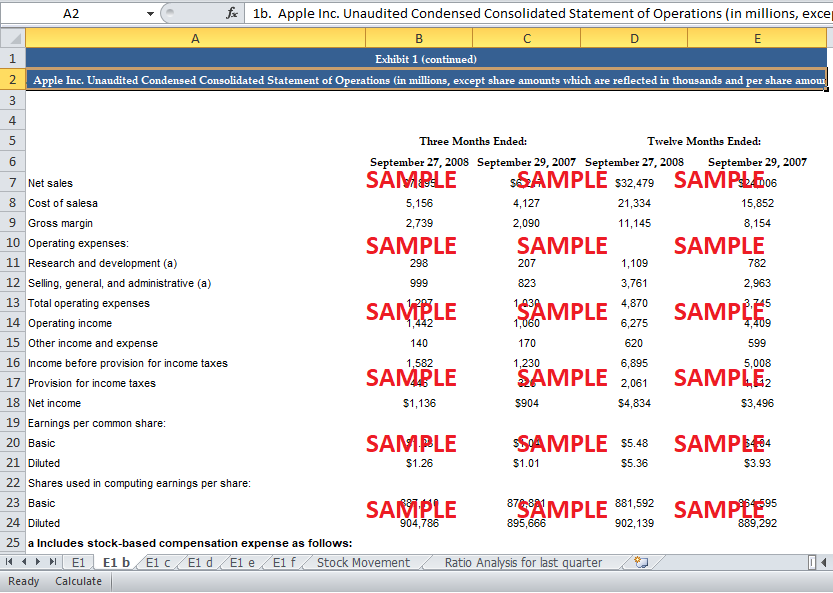 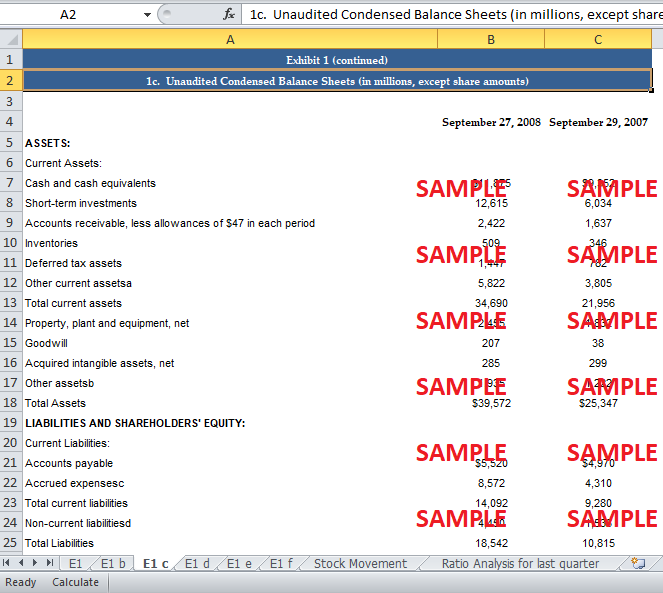 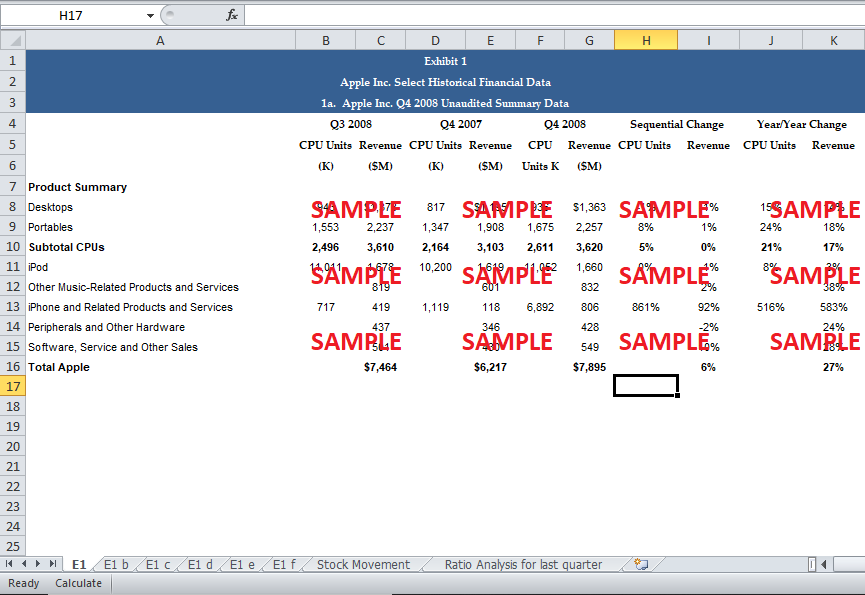 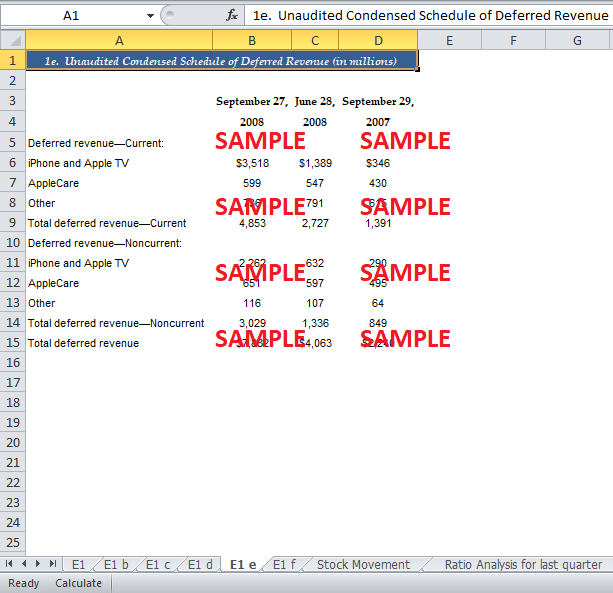 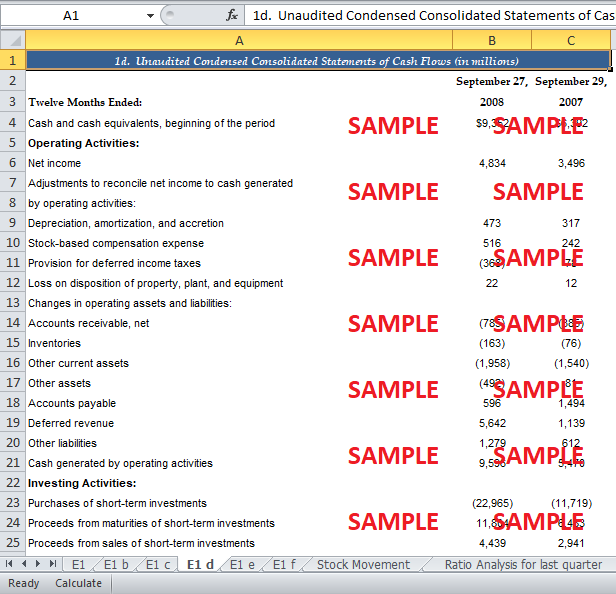 Case Analysis for Accounting For The IPhone At Apple Inc

Subscription accounting is progressively being employed and accepted by numerous businesses all around the world. Companies can opt to bring their products and services in different innovative and commercial ways. In many instances, the sale has a condition of future service bundled with it. In this case, the accounting for the revenue becomes problematic. Therefore, FASB has issued special instructions to handle this special sort of scenario. In case of future service or delivery of product, the company will amortize the revenue over the useful life of the product. There are various advantages and disadvantages of this method as described below.

Before moving forward to the discussion on the topic, let’s analyze the effect of this mode of accounting on a company’s financial ratios. This analysis can be made without any calculations as the formulas of financial ratios are to be explored.

Less revenue will generate less net income. Taking average outstanding shares to be constant, it can safely be assumed that EPS would be understated by utilization of subscription accounting.

In the case of ROA and ROE, the net income figure again appears in the numerator. Therefore, reduced revenues will decrease these ratios. Not only these ratios, but the rest of ratios that require a profitability or sales figure in numerator will be understated.

Due to the inclusion of subscription accounting in its accounting policies, a large portion of apple’s revenue was deferred and spread over a time of two years. Therefore, the real revenue and income was not displayed in the financial statements. Before the introduction of iphone in the market, investors were hoping for boosted and enhanced revenues. Apple Inc has humongous sales during the years yet its income and EPS etc remained the same. Probably because of this bad sentiment, apple’s share price saw deep plunge in late 2008. The share price movement is displayed in the following graph.

5. How could Apple Inc have avoided subscription accounting?

According to AICPA SOP no 97-2, software revenue recognition,

“AcSEC believes that revenue generally should not be recognized until the element has been delivered. The recognition of revenue from product sales on delivery is consistent with paragraphs 83(b) and 84 of FASB Concepts Statement No. 5, Recognition and Measurement in Financial Statements of Business Enterprises.”

This SOP demands that any software update or future software subscription cannot be recognized as immediate revenue; rather, it should be amortized over the expected life of software. Apple Inc bundled the price of software in the purchase price. Therefore, the relevant financial reporting rules should be followed. Apple can only recognize the entire revenue of the iphone sales in its books if it charges a special fee for the software update. In that case, only the price of the update is amortized or recognized according the accounting rules. But there was a hitch in this suggestion. Unspecified was the actuality that a significant factor behind the success of App Stores was that the huge denominations of the 13 million iPhones sold up to that point were all running iPhone 2.0 firmware and, therefore, able of accessing the iTunes App Store. It was all because of the verity that Apple was able to offer the new OS upgrade for free because of subscription accounting.

If Apple Inc had tried to charge a fee on the update, it would have firstly led to preventing users from considering update. Additionally, there would have been a lot of complaints and dissatisfaction that would have overshadowed the app store. Apple could not afford this situation as it had loads of revenue coming from the app store.

Accounting For The IPhone At Apple Inc Case Solution