Technology Fund is attempting to figure out whether it's a smart idea to invest in Facebook and what the appropriate price range should be for the company's IPO. The relative valuation approach is preferable to the DCF method for estimating the IPO price of Facebook. Since DCF's results are greatly dependent on assumptions established at its inception. Inequity research and acquisition valuation, the use of relative valuation has become increasingly common. Since Facebook has a similar business strategy and stage of growth to Google, LinkedIn, and Zynga, we've chosen them as comparable firms. The PEG ratio is a good multiple since these businesses are all high-tech and high-growth enterprises, thus the significant disparity in growth between them is eliminated. 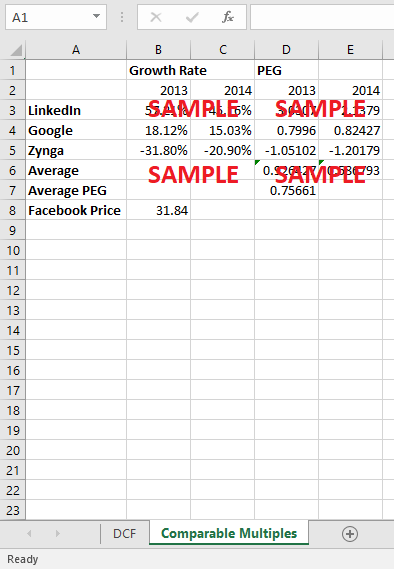 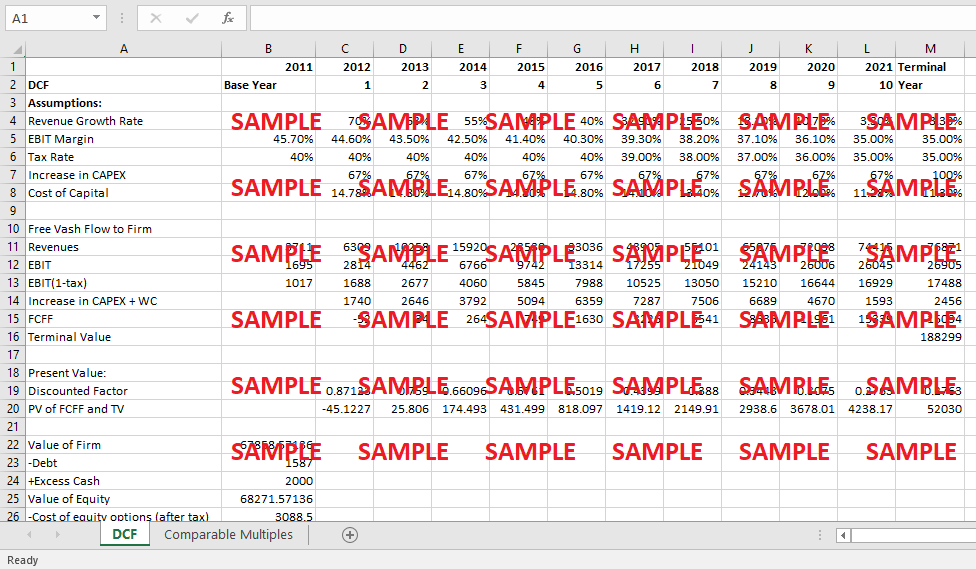 Case Analysis for Facebook Inc The Initial Public Offering A

1. Why is Facebook going public? How much money would the company raise from the IPO? What is the planned use of proceeds from the offering?

According to the material provided, Facebook's decision to go public was motivated by two factors. Even though Zuckerberg preferred to keep Facebook private, the company had to go public in 2011 since there were too many stockholders at the time. An SEC regulation issued in 1964 states that "any private business with more than 500 shareholders of record must comply to the same financial disclosure standards as public firms do," which indicates that the corporation may only be classified as a private company with more than 500 shareholders. As a bonus, many of the company's workers and stockholders had the opportunity to cash out when the company went public. A public market for present shareholders and future stock market access were the goals of the IPO. It might also increase Facebook's financial reserves.

According to the report, Facebook plans to sell 421,233,615 shares in their stock offering. There are two parts to this number. A total of 180,000,000 new shares are being issued, while 241,233,615 existing shares are being sold. Facebook intends to list its stock for $34-38 a share, according to the IPO blueprint. As a result, the amount of money Facebook may raise from the IPO is equal to the number of new shares issued times the share price. Which is the same as the article's $6.1-6.8 billion.

The money received will be put to good use in the form of working capital and operational expenses. According to Facebook's strategy, it will continue to grow its user base while also enhancing its visual content. For its faster growth rate, it also expects to keep making acquisitions. In addition, R&D costs are expected to skyrocket. And if the number of users continues to expand, so will the expense of operating and maintaining the service.

2. Exhibit 11 provides an estimate for Facebook’s share value using DCF. How sensitive is the valuation to assumptions on revenue growth, margin, and the WACC? Do you agree with these assumptions? If not, how would the valuation change based on your modification?

Assumptions need to be re-examined since they are not accurate. We adjust a DCF assumption to arrive at a more accurate value. Due to the revenue increase of approximately 200 percent in 2010 and around 100 percent in 2011, we predict that growth would be 70 percent instead of 40 percent in 2012. In 2012. In addition, we anticipate that sales growth will begin to slow down and eventually reach its peak. I don't agree with the initial growth rate of 2%. As a result, we choose to use the industry's overall growth rate as a benchmark instead. It's very likely that by 2021, Facebook will be a fully-fledged enterprise, if not the market leader. We calculated the average GDP and industry growth rates for the previous 30 years.