Jeffery Immelt, the CEO of General Electric is trying to evaluate a proposal for the acquisition of Amersham Plc. The target company is a leading producer of contrast agents used in medical diagnosis of different diseases. The acquisition of Amersham Plc is apparently a great opportunity for General Electric because the company had built a very strong brand name in large consumer markets like China. Calculations had shown that General Electric was expected to save millions of dollars by cutting costs if the acquisition became successful. Although, the financial performance of the target company was very impressive, its patents were very weak and impractical. 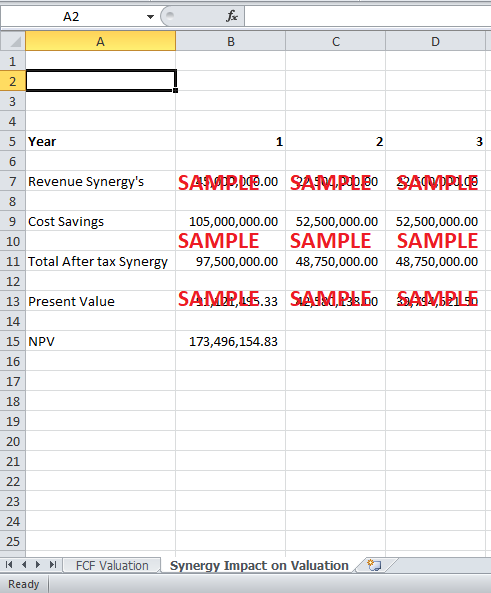 1. What is Jeffrey Immelt’s problem? What do you recommend?

Jeffery Immelt had changed the mission statement of the company to lay a greater stress on innovation. He wanted to expand the horizons of research and development in medical imaging and diagnostic industry in order to gain competitive advantage in that industry. Acquisition of Amersham Plc was an opportunity for General Electric to start producing consumables rather merely fixed assets in the diagnostics industry. Although, financial performance Amersham Plc was quite satisfactory, patent portfolio and its protection was quite alarming from the view point of GE. Jeffery Immelt wanted to make sure that he was not missing any detail relevant to acquisition, and he also wanted to quantify the weakness in the protection of patents at Amersham Plc to make an informed decision. Jeffery should do cost benefit analysis and see if the benefits from the acquisition are worth the premium that GE is offering.

2. Please assess the reasonableness of the proposed terms by which GE would acquire Amersham. Prepare to discuss the adequacy of the 800-per-share price.

3. Given that patent protection supports up to 50% of the value for pharmaceutical manufacturers, how would successful patent circumvention by third parties quantitatively affect the value of Amersham? How valuable is Visipaque? What is that value as a percentage of Amersham’s equity value?

The value of the Visipaque can be calculated by using discounted cash flow analysis. The earnings before interest, taxes and amortization can be calculated by subtracting the cost of goods sold and the operational expense from the revenue earned in that particular year. Depreciation charges are assumed to remain at 3 million GBP for the foreseeable future. This depreciation should be subtracted from EBITDA to come up with Earnings before interest and taxes. Tax rate at the rate of 35% should be subtracted from EBIT to come up with Net operating income after taxes. Depreciation should be added back to NOPAT while calculating free cash flows because depreciation is a non-cash charge. Although an  increase in the net working capital for year 2004 has been assumed to be 2 million GBP, for the rest of years, increase in net working capital will be equal to 9% of the increase in revenue in that year relative to the previous year. Similarly, increase in capital expenditure of 3 million GBP should be subtracted from NOPT to arrive at free cash flows. Free cash flows after 2011 have been assumed to grow at the rate of 3% per annum forever. Weighted average cost of capital for Amersham Plc has been calculated to be 7.09%. This rate should be used for discounting all the free cash flows to come up with the intrinsic value of Visipaque.

For the purpose of analyzing the acquisition price offered by General Electric, the synergy benefits in the form of revenue increase and costs savings should also be considered. Revenue in terms of GBP comes out to be approximately 90 million GBP. Half of these benefits will be realized after one year while the rest of benefits will come in next two years equally. Similarly, costs savings when converted into GBP, 50% of that value is allocated to year one while the rest of the value is distributed equally between next two years. Present value of all the synergy benefits comes out to be approximately 173 million GBP.

4. How robust is Amersham’s patent position? How confident are we that Vispaque’s IP is enforceable and active? How sensitive is Visipaque’s value to shortened protection, say, from 2011 to 2004?

Total patents in the name of Amersham Plc are 1507. Out of these, about one third (526) are active. Even out of the active patents, only 61% are enforceable. These are the patents that are ready for use by the company for commercial purposes while the rest of 39% of active patents ate those that have some errors due to which they cannot be used readily for commercial use. Overall, number of patents in General Electric portfolio is 23,905. A comparison of the patents of general electric and Amersham Plc shows that out of 1507, fifteen patents of Amersham Plc have conceptual resemblance with GE portfolio. On the other hand, patents of GE that have conceptual overlap with the Amersham portfolio are eleven. All of the Amersham overlapping patents have been rated as “unenforceable”. Therefore, the area of research that is of the greatest value for GE is the area that is most vulnerable to weaknesses and errors. Therefore, it cannot be said with reasonable confidence that Visipaque’s IP is active and enforceable. Visipaue has been valued based upon the assumption that patents will expire at their expected time. Therefore, sensitivity of the value of Visipaque to patent protection during 2004-2011 is very high. GE is already paying a very high premium even on the basis of the valuation assuming patent protection till 2011.

5. What is the possible impact of the lack of IP protection on the value of Amersham?

Lack of IP protection poses a serious threat to the profitability of the company because patents are the basis on which companies in the medical and diagnosis industry create competitive advantages and make profits. If patents are not protected, Amersham Plc will no longer be insulated from the competition and the company will have to significantly lower the price of its products. Therefore, lack of IP protection is a matter of great concern for General Electric because the company is paying roughly 45% premium to acquire Amersham Plc, and if patents of the company fail, there is no way GE can sustain the same level of profits.