Before moving forward to the questions posed by the case, it is essential to carry out a detailed analysis from various economic and financial perspectives. The key four perspectives are examined below:

For the purpose of this research, the rigidity analysis focuses on the following important factors.

Exchange rates can change over a given time period and, there could be various causes of this currency increase and decrease. However, severe exchange rate fluctuations can affect the level of exports, imports and the current balance accounts along with a possible hike in inflation. The movement of Indian rupee in relation to US dollar for the last three quarters of 2013 is shown in the following figure. The data for the graph is taken from the official website of International Monetary Fund. 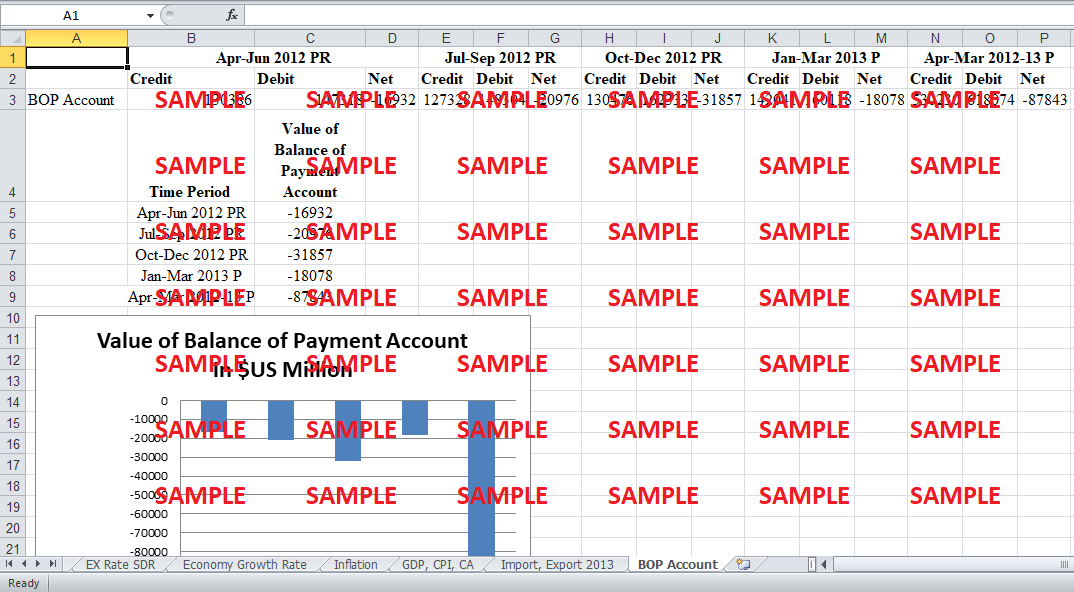 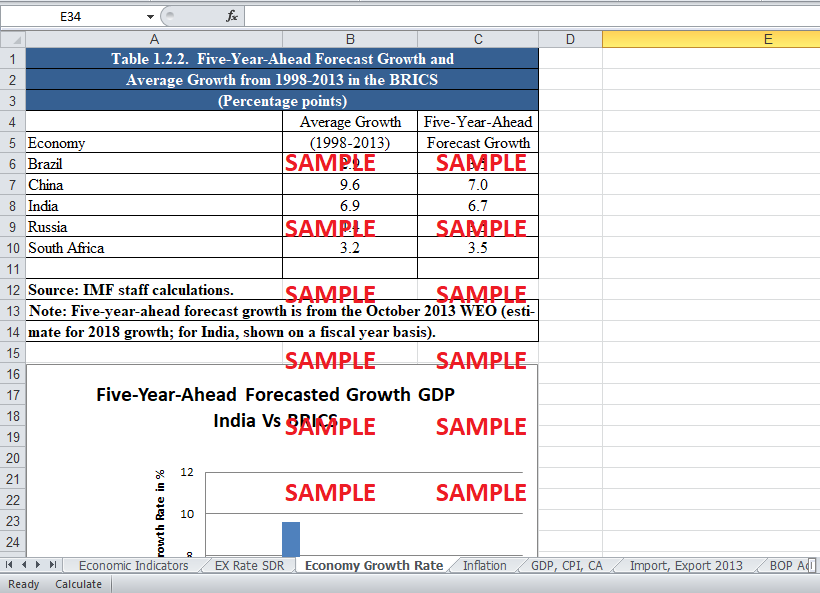 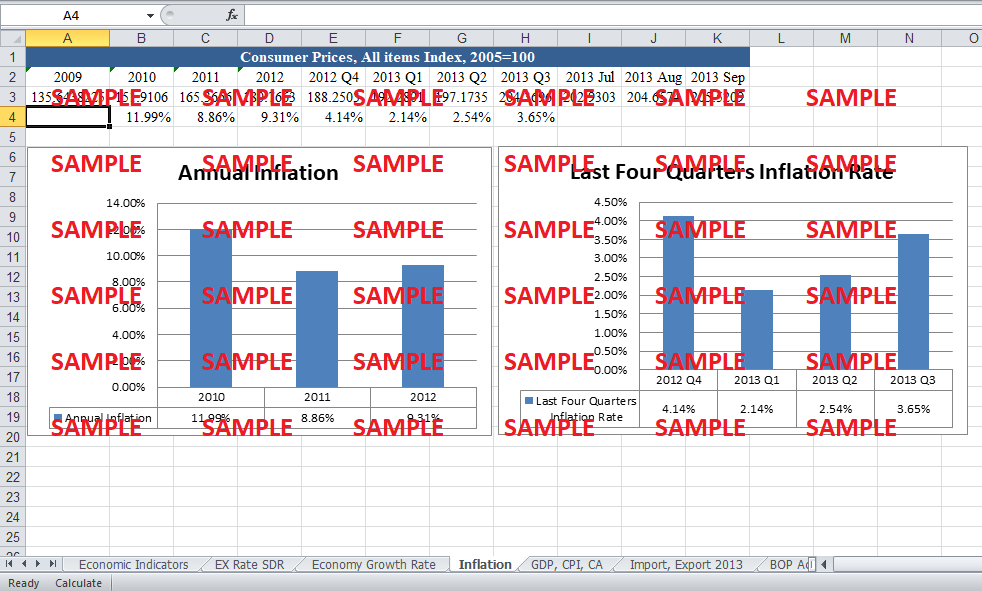 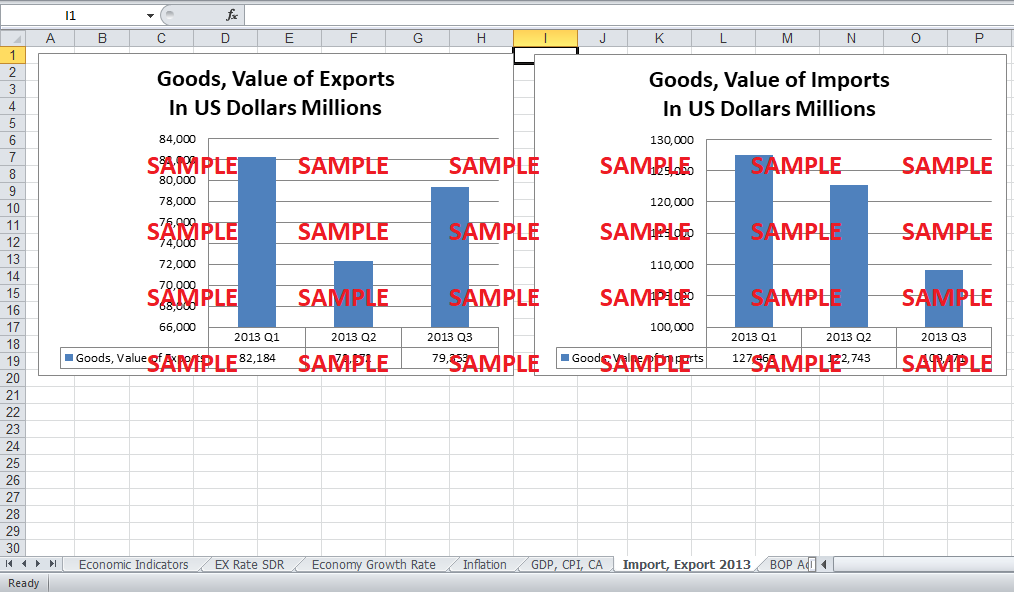 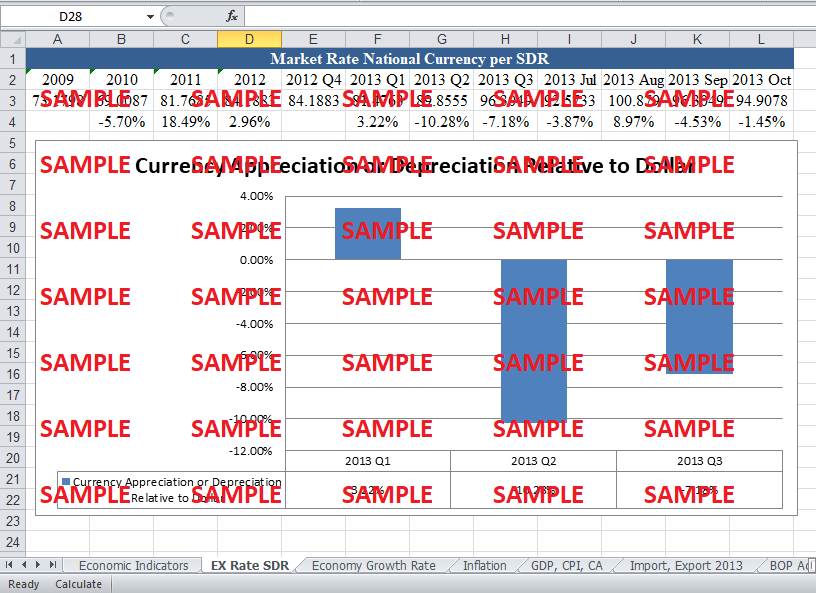 With the exception of the first quarter, the average quarterly exchange rates show that the Indian Rupee is depreciating with respect to US Dollar.

For the year 2013, the quarterly inflation rates clearly depict an increasing trend.

The analysts of IMF are of the view that the Indian economy will suffer a slight decrease in its growth.

The monetary value of import and export of any country is crucial in many ways. Firstly, the value of import or export can affect the economic variables like the exchange rate and inflation because of their ability to increase or decrease the currency demand (Beck, 2002). The values of imports and exports of India are shown in the following graphs.