In 1998, IRIDUM's stock price more than quadrupled in a little over a year, making it one of Wall Street's most popular darlings at the time. With over a thousand patents and a team of world-renowned experts, IRIDIUM was bound and determined to achieve its goals. It gained notoriety for its ability to provide international phone service using orbiting satellite networks. In addition, when over two hundred thousand individuals were screened, and about twenty-three thousand people were questioned from all over the globe totaling forty-two nations, it was abundantly evident to the IRIDIUM firm that it had attracted a larger target market. According to several different evaluations, the fact that the firm is led by a group of highly capable and experienced executives is a significant factor that contributes to the optimism over the company's future performance in comparison to that of its rivals. Despite this, challenges occurred, and the company's performance started to decline. 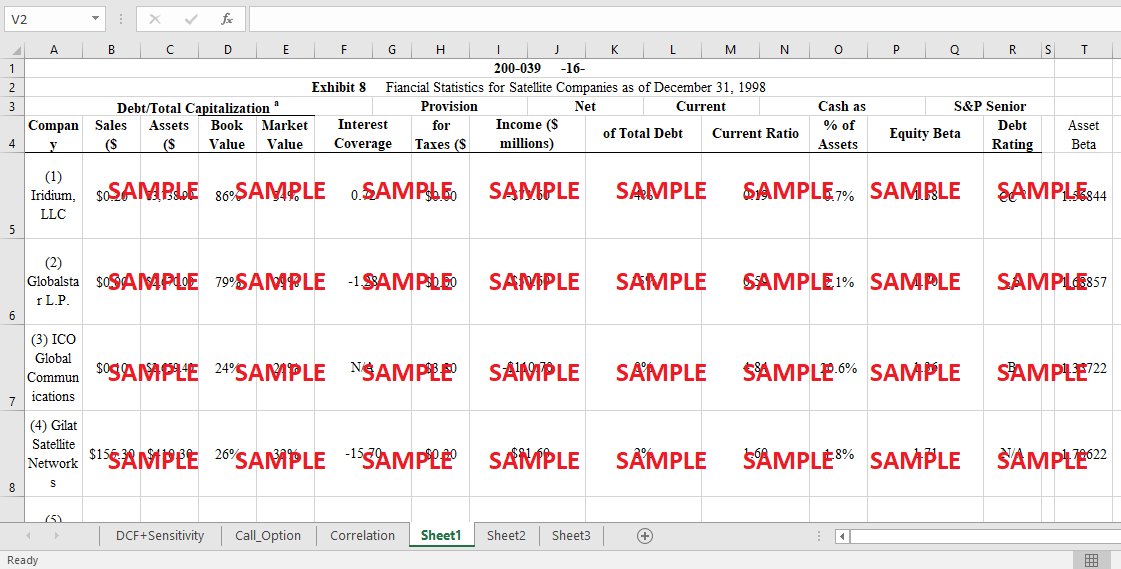 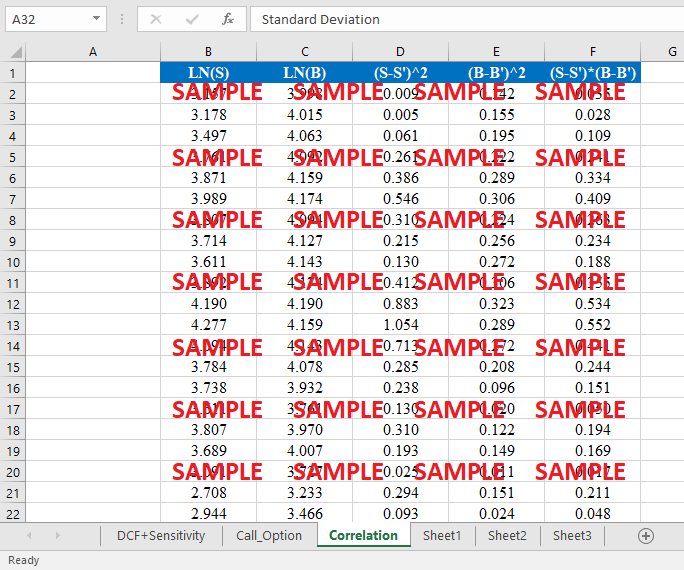 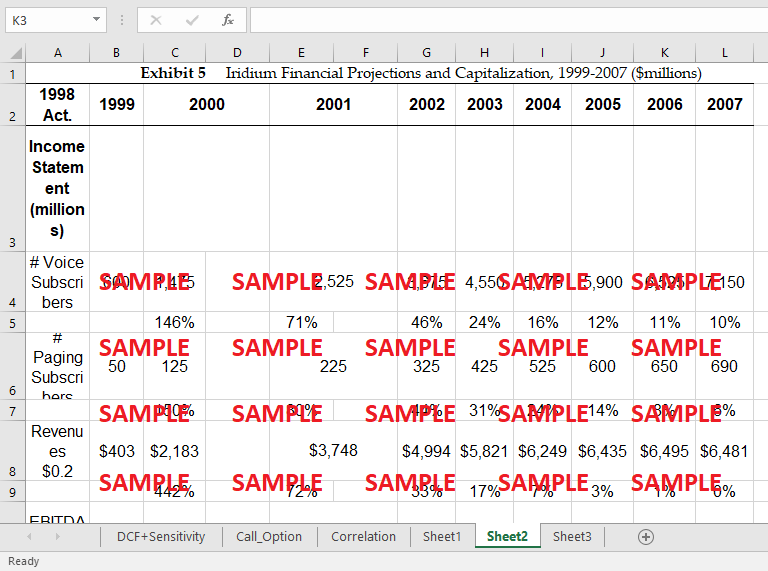 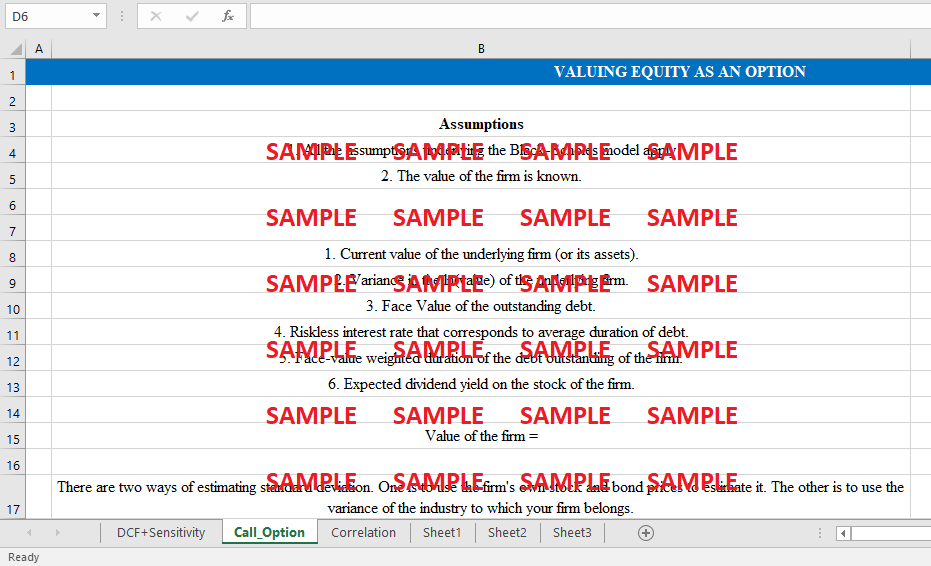 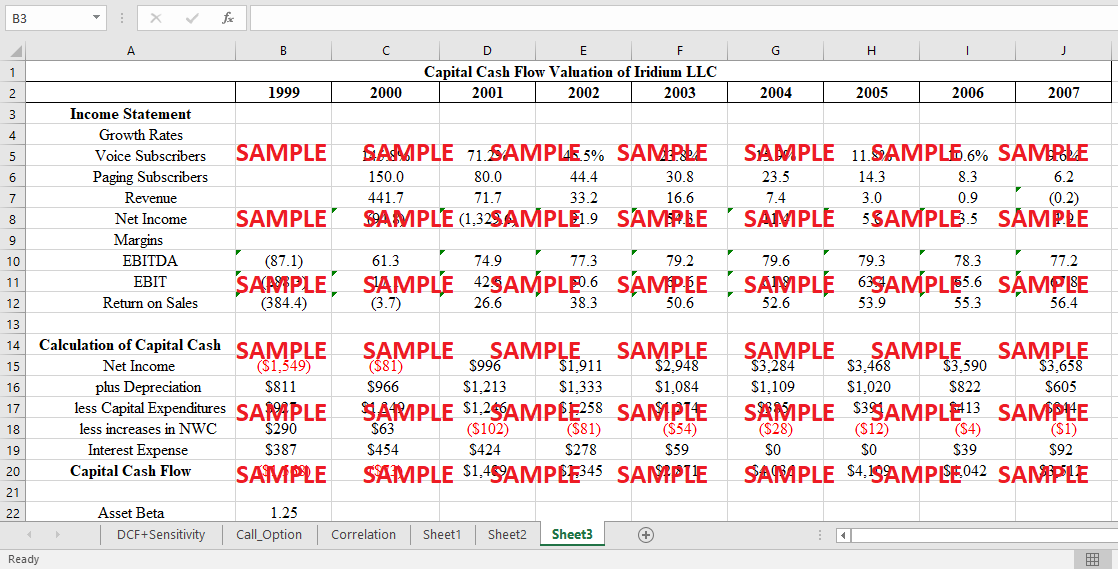 1. Please comment on how you would use the projections in Exhibit 5 to estimate value. What method would you use? What are the most important determinants of value?

2. What caused Iridium to fail: was it a bad strategy, bad execution or bad luck?

The following is a list of important causes that, among other things, led to the downfall of the IRIDIUM Company. In the years that followed, the company had a lot of trouble with manufacturing-related challenges, which forced it to experiment with a variety of various tactics, all of which finally contributed to its initial public offering (IPO) failing miserably. This was a result of the management of the firm deciding to release the phones prior to placing sufficient orders with either of the company's two key manufacturers. Second, the sales and marketing teams of the firm found that the support provided by the company's partners was insufficient, therefore, the company began looking for new partners, such as Motorola. By the year 1994, IRIDIUM LLC had amassed agreements with a total of roughly 18 different firms, some of which included Rytheon, Sprint, Martin, and a broad variety of businesses originating from China, the Middle East, Africa, India, and Russia. In exchange for the total contributions of $3.7 billion that had been provided in the past, equal amounts were given to each of the partners.