Microsoft has been the biggest player in the software industry since 1980s. The company has shown tremendous financial performance. Company has always managed to exceed the expectations of the shareholders. Some experts believe that Microsoft’s conservative financial reporting strategy is the main reason why company always performs beyond the expectations of the financial experts. This is why the company has been sued by its formal head of internal auditing Charles. He accused the company of misusing the revenue recognition policies to make the earnings of the company look smooth from the shareholder’s perspective. The requirement of FASB was that after the technological feasibility of software has been established; the costs incurred afterwards should be capitalized. However, management of Microsoft believes that this requirement does not affect their financial results, and there is a grey area in this law that allows management to use their judgement to relax the matching principle to some extent. 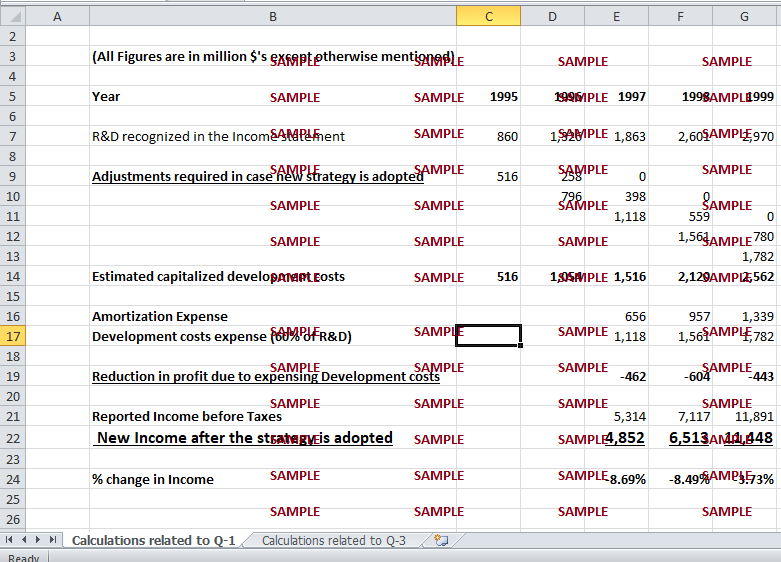 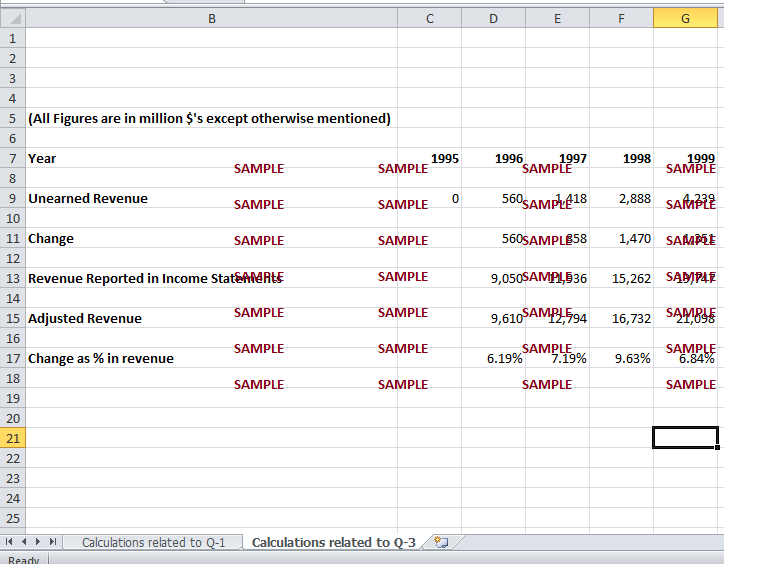 1. Estimate the effects of capitalizing software costs on Microsoft’s fiscal 1997, 1998 and 1999 income statements and balance sheets. Assume that 60% of Microsoft’s R&D expenses were incurred after technological feasibility was established and the average product life cycle was two years. Also assume that the company had always capitalized software costs at the beginning of the following fiscal year.

The calculations based on these assumptions show that if this strategy of capitalizing costs after technological feasibility establishment of products is adopted by the company, income before taxes decreases for fiscal years 1997-1999. This decrease in value, as shown in excel sheet, comes out to be 8.7%, 8.5% and 3.73% for years 1997, 1998 and 1999 respectively. Estimates of net capitalized development costs are calculated by multiplying 0.6 with the research and development costs shown in the income statement each year. Amortized costs are then calculated using the straight line method. Useful life for this purpose is two years. Hence, capitalized values of the products decrease by 50% for every year. These capitalized values are decreased by the amount of amortization every year. The total net capitalized costs for each year can be calculated by adding all the net values for each year. If, the difference between amortization expense and the development costs expense is taken, the increase in the expense for this new strategy can be obtained. Hence, the numerical values of reduction in before tax incomes come out to be $462, $604 and $443 million for years 1997-1999. The value of decreased income comes out to be $4,852million, $6,513million and $11,448million for years 1997, 1998 and 1999 respectively.

2. Briefly speculate as to why Microsoft chose to expense all the software costs as incurred rather than capitalizing a portion of these costs.

The requirement of FASB regarding this matter is that once the technological feasibility of the software programs has been established; their costs should be capitalized thereafter. The management of the Microsoft believed that such requirements of FASB did not materially affect the financial statements of the company. One possible reason behind this statement may be that the company assesses the technological feasibility of the product so late in the development phase that the costs remaining to be capitalized are too small. So, after the company has assessed the feasibility of a product, very few costs are then incurred afterwards to give the product finishing touch. So, either the management of the company is intentionally assessing the feasibility very late in the product life cycle or the nature of the products is that they can only be assessed after their completion. Another reason may be that the useful life of the products is so small that the impact of capitalization and expensing out is almost the same and it does not affect the financial statements materially.

3. Estimate the amount of revenue that Microsoft would have reported in each year from fiscal year 1997 through fiscal year 1999 assuming Microsoft had not adopted its new revenue recognition policy in 1996.

4. Briefly speculate as to why Microsoft decided to defer a portion of its revenues in fiscal year 1996?