Monroe Clock Company is introducing a new product in the market and Jim Monroe is concerned about its price as traditional costing has shown that the price will be substantially high than the competitor’s prices. Revised estimates indicate that the retail price will actually be quite low. The contribution analysis shows that the company needs to sell 25547 units at $14.7 in order to equalize the total margin for $8 factory price. ABC costing has yielded factory price and retail price of $10.6 and $ 26.91 respectively. It is recommended that the company should employ activity-based costing alongside eliminating the fixed cost drivers as pointed out by Frank. 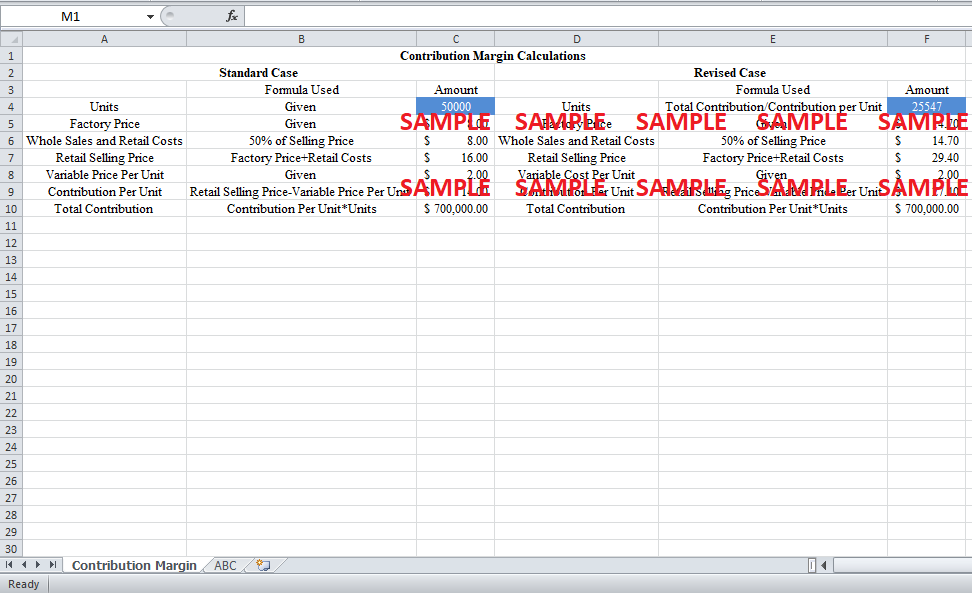 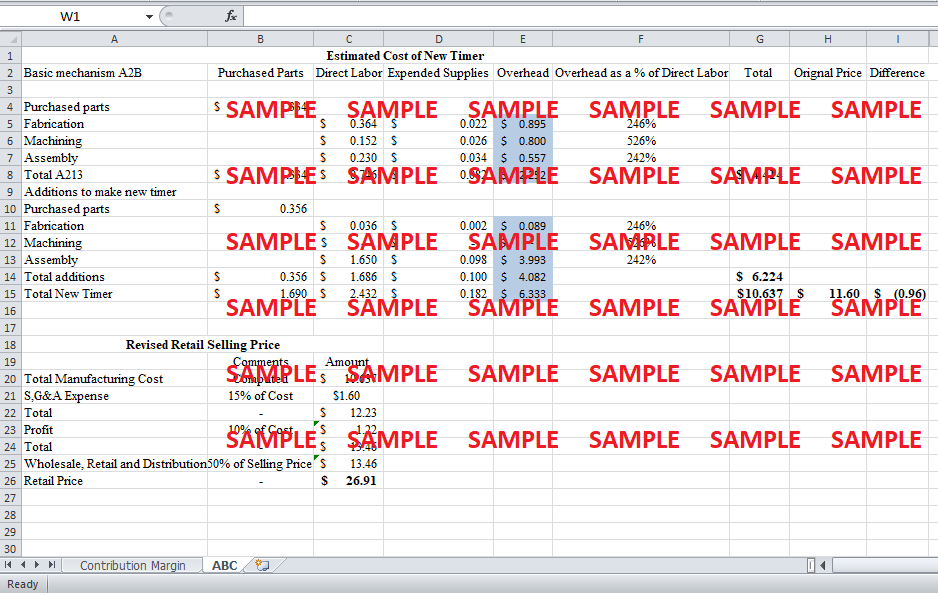 1. What are the key concepts or issues in this case?

The main topic of the case, which encompasses all concepts, is the costing of the new electrical timer device. Firstly, there is an issue of fixed vs. variable cost handling. According to Jim Monroe, the president of the company, a significant portion of the cost is fixed and hence it is not relevant in cost computation and appraisal. Secondly, the issue of overhead allocation also arises. The company uses traditional absorption-based costing that allocates a single amount of overhead. The company also wants to compute the cost on the basis of activity-based costing. Thirdly, the company wants to make a decision regarding the costing method and the final cost of the household timer.

The calculations for costing constitute four components, direct material (or purchased parts), direct labor, expend. Supplies and the overhead. The amounts related to material, labor, and expended supplies are fairly constant. However, the overhead allocation is done on the basis of one driver, direct labor. Tom Grant applied the traditional absorption costing technique to arrive at the factory cost. Additionally, the calculations of Tom Grant take into consideration both the fixed and variable factors in the overhead allocation. There are two types of cost allocations, one for the standard product and one for the additional features required to manufacture the product. There are two overhead figures for each allocation. Frank Tyler views that there are certain elements in the overhead allocation that are predominantly fixed in their cost nature. This applies that the cost related to these elements is permanent and it does not change in relation to the overall level of production. Fixed costs are only relevant when they are avoidable. In the current scenario, no considerable capital is required to start production. Hence, in consideration of their innate nature (they cannot be avoided), the existing fixed costs should not be included in the cost of a new product. Based on this logic, Frank Tyler separated the overhead items that are fixed and excluded them from the computations. By carrying out the relevant calculations, this was found that only $2 cost was variable. Therefore, he excluded the remaining overhead cost ($7.3-$2 =$5.3). After that, the standard increments to the costs were applied and the revised factory price was computed to be $8.

The total contribution unit can be computed by applying the following formula:

This formula can be expanded and simplified to as follows: