As far as the economic conditions are concerned, the Moolani foundation should not face adverse situations in any of the recipient countries. India offers the most suitable option to start a foundation as not only it is politically stable, but it has also been the recipient of international aid. On the other hand, the possibility to impart a long term benefit is also maximum for the country. The majority of the population is uneducated, and the likelihood of the success of entrepreneurial ventures is also huge. Regardless of the large population and GDP, any entrepreneurial venture will also be welcomed by the population as the country has bot witnessed huge growth in terms of technology and means of communication. However, the data also shows that both Kenya and South Africa are also viable targets for the foundation. However, the possibility of the introduction of innovative, entrepreneurial ventures is minute. Moreover, in comparison to India, the population and education level of these countries is also significant. Hence, it will be beneficial that the foundation selects India as its premier target. India is also a viable target because, in conjunction with all other factors, it offers the least amount of cost of living. 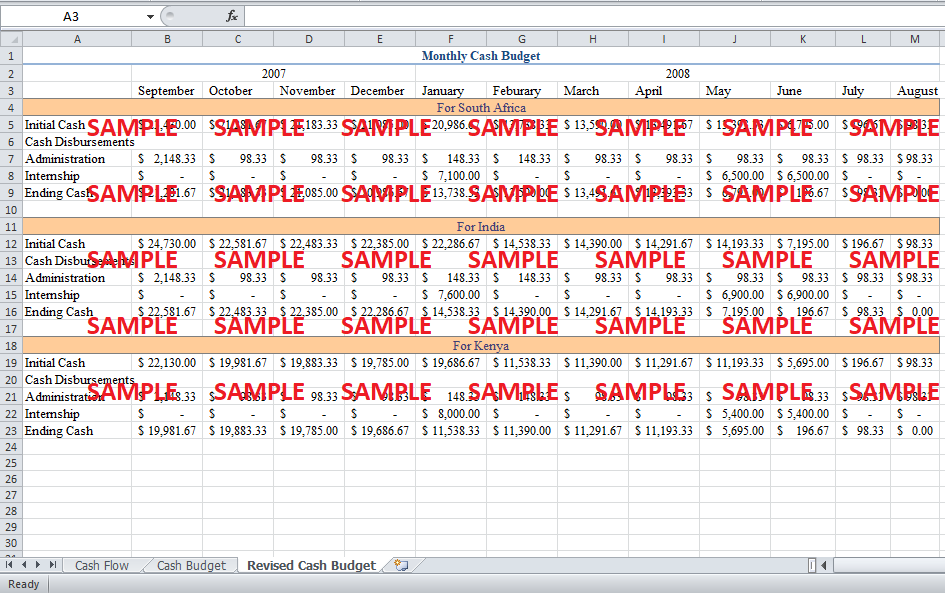 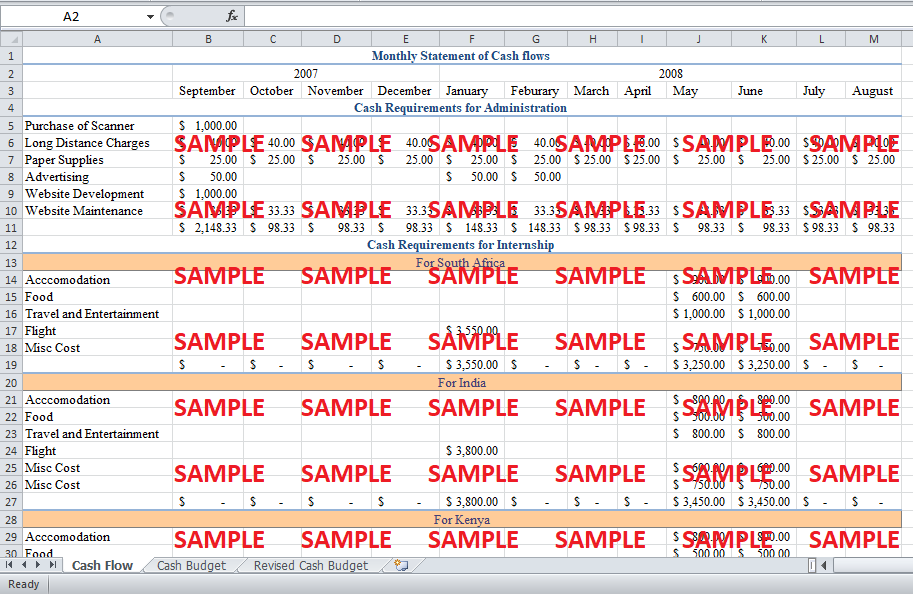 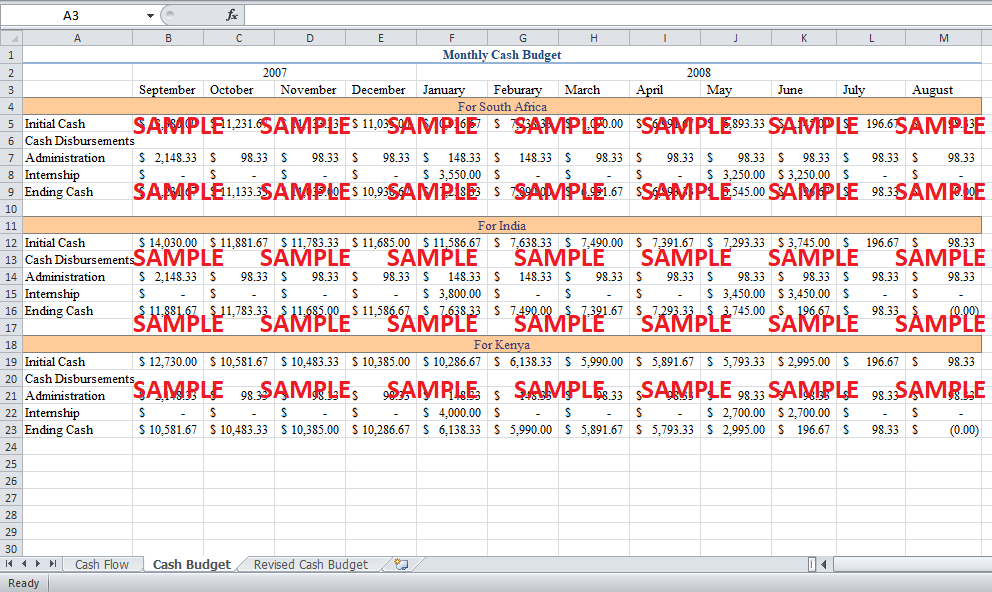 The following two tables depict the monthly cash flow statements for each country.

There is no doubt in the fact that the shortlisted countries (apart from South Africa) have volatile currencies as depicted in Exhibit 2 of the case. Hence, beyond any reservation, it can be stated that the currency movement of the two countries may change the cash flows to quite an extent. If the value of the Canadian dollar depreciates relative to the foreign currencies, more cash outlays will be required as now the strengthened currency of the other country will demand relatively greater CAD cash flows. On the other hand, if the value of the Canadian dollar strengthens, fewer cash flows will be required for the internships. The nature and history of the exchange rate movements also point out that currency appreciation/depreciation should be one of the leading factors/issues for Moolani.

The following table depicts the cash budget for the following year in which four students are expected to join the internship program.