Forecasting about the future financial streams helps in understanding where the company stands in the near future. The analysis using the future financial information is called the prospective analysis. In order to do such an analysis there is a need to take certain factors into account such as economy related factors and some further company specific factors. Prospective analysis is not always an accurate measure of future finances however it helps to gauge the direction in which the company needs to go in order to grow. 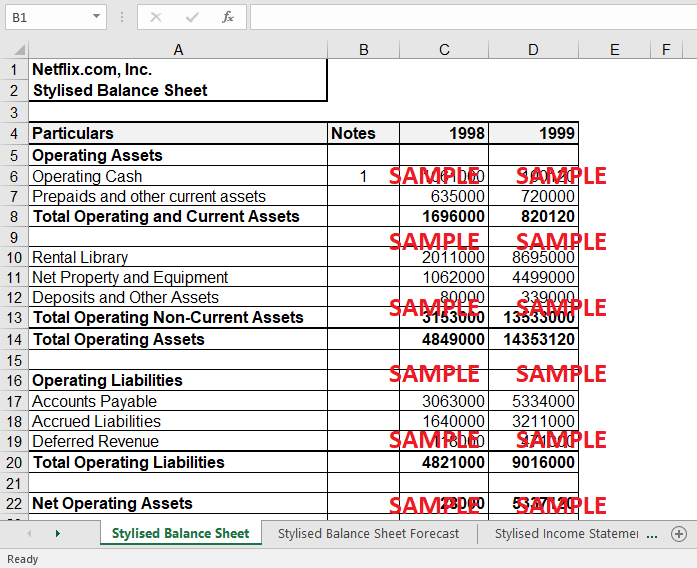 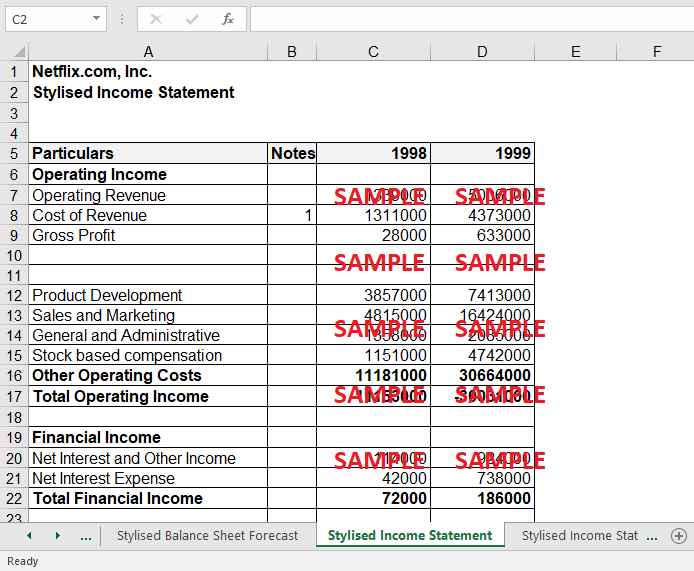 Since the start of Netflix, it has shown tremendous growth with its revenues growing in multiples. A prospective analysis will help to show whether the company is indeed growing or will still incur higher expenses than the revenues that it earns. For the prospective analysis a forecasted Income statement and Balance sheet is prepared for 12 years starting from 2000 till 2011.

The forecasted income statement is calculated by adding up the revenues generated by the subscriptions from the company’s different products such as Home Video, Video on Demand, DVD Library and selling DVD players. This revenue is calculated using the subscribers that are expected to subscribe to the products. However we have to make certain amendments because of the company policy to issue several free coupon subscribers as well for whom no revenue is being generated however the company is incurring costs on them. Of the free coupon subscribers, 70% are assumed to convert to paid subscriptions after the free month of service. Of the paid customers (both, free coupon and online customers) 60% are expected to exit within the 1st 6 months. After the 7th month onwards, a retention rate of 96% is assumed. Thereafter it is assumed that if a person remains a paid subscriber for 24 months, he will be retained by netflix over the forecast horizon. Using this information and assuming that the subscription charges will remain the same over the forecast period and also the fixed expenditure will increase by a fixed proportion over time a forecasted income statement is produced which suggests that the company’s operating income will start to rise over the years and will produce massive profits by 2011.

The prospective analysis of Netflix suggests that the company is growing at a solid pace.

The intrinsic value is the actual value as opposed to the current or market value. It is a helpful measure in analyzing whether the company’s equity or stock is overvalued or undervalued. Intrinsic valuation is carried by discounting the forecasted values to the present. The discount rate for Netflix is taken to be at 20%. To estimate the intrinsic value of equity the total equity for the 12 forecasted years will be discounted by 20% to find the true value of the company’s equity.