Executives of Stryker Corporation's Instruments business were looking forward to changing the sourcing strategy of printed circuit boards (PCBs), an electronic component for many medical products. At present, Stryker is purchasing PCBs from a small of different contract manufacturers. As per projections, Instruments business would spend more than $10 million in each of the next two years on PCBs; this amount would rise as the Instrument business would grow. With the aim of changing the sourcing strategy of printed circuit boards (PCBs), managers study three options. The first option was to maintain the current basic sourcing policy and protect the business against future disruptions by acquiring safety stocks. The second option was to establish a partnership with one supplier of the current group of contract manufacturers. Option # 3 was, for Stryker manufacture business, to manufacture its own PCB manufacturing plant near company headquarters in Kalamazoo, Michigan. Once such a manufacturing unit is running, it would be expanded to supply PCBs to other Stryker businesses. Stryker Instruments business executives are considering a change of source to avoid future disruptions boost reliability and gain control over delivery. Of the three alternatives, the third option satisfied the objectives of change and assured the highest degree of control over quality ad delivery. It will result in the largest capital outlay and the largest increment of Stryker's payroll and headcount. Whether this option gives an acceptable return on investment was a question that has been studied. 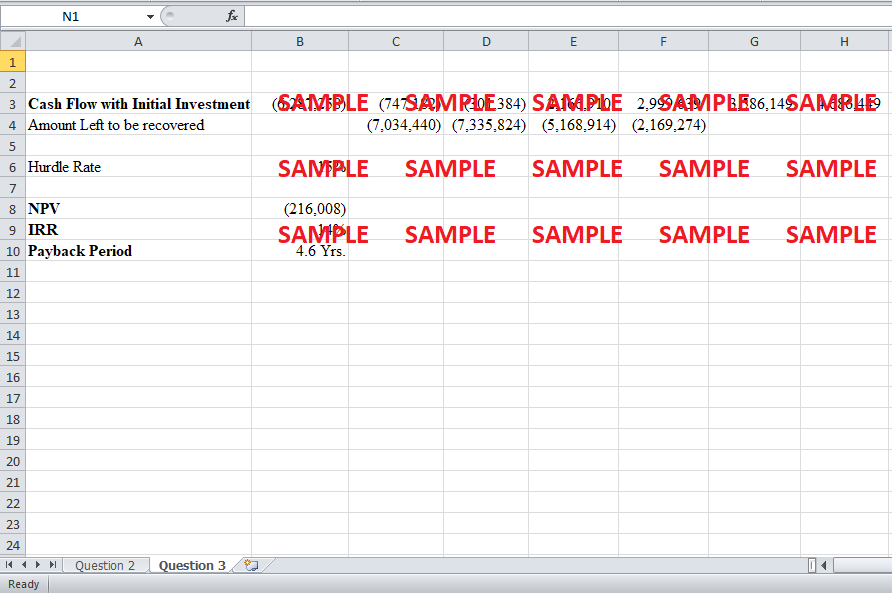 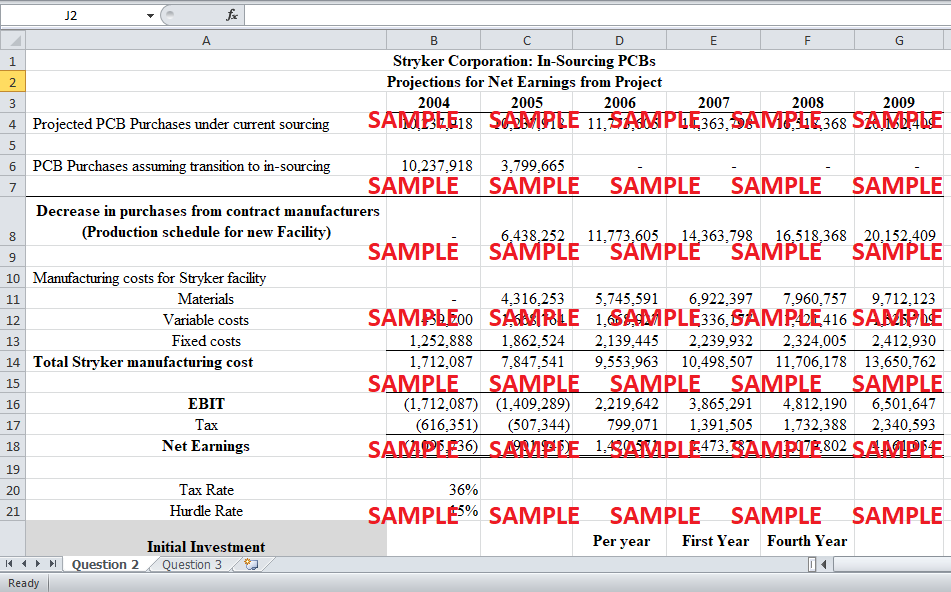 1. State the business case for option #3: the PCB in-sourcing proposal.

The current version of the proposal called for the construction of a new building on with 30 thousand square feet of space on land owned by Stryker. Construction of the building combined with site preparation, improvement and engineering fees was expected to cost more than $3 million. Non-manufacturing and communication equipment would cost $0.33 million. Many kinds of manufacturing equipment would be produced at the facility because then it would manufacture all of the various types of PCBs required by the Stryker. The total amount required for seventy separate categories of equipment to be installed and ready for testing, by the end of the second quarter, is $2.6 million. As Stryker began manufacturing its own PCBs, by the end of 2005, the product by product transition from in-sourcing of new sourcing would be completed. Stryker's manufacturing costs are distributed into three main groups: materials, variable costs, and fixed costs. Materials costs were estimated by-product, adjusted for the expected price increase. Projected fixed costs are estimated by period for more than 30 divisions, including depreciation building and equipment maintenance, wages and salaries, etc. Projected variable costs include wages, overtime, shipping supplies, etc. By 2006, the facility is expected to employ 56 people, and roughly half variable and fixed cost is represented by employee compensation. Moreover, Stryker would pay its contract manufacturers in 15 to 60 days, depending on the contract, for an average of about 30 days.

2. Use the projections provided in the case to compute the incremental cash flows associated with option #A.

The projection shows Instruments' expected expenditures on PCBs for the year 2004 to the year 2009 under the old sourcing strategy using contract manufacturers. These projections of expenditures include growth in volume and anticipated increases in the suppliers' prices. Moreover, the expected production schedule for the new facility has also been projected. Projection also divides the manufacturing costs into three types, materials, fixed and variable costs. The summary of the projected fixed costs, includes inflation, wage increase, and depreciation. Using these projections the net earnings of this project are calculated. The decrease in purchases from contract manufacturers is assumed to be the revenue for the facility. Earnings before interest and taxes are calculated by subtracting the total cost of manufacturing from these revenues. Tax is deducted from EBIT at a 36 % rate to calculate profit after tax. The yearly difference in the change in Accounts payable, outsourcing vs. In-sourcing of PCBs gives an increase in operating current assets. Incremental cash flows associated with the option is calculated by adding depreciation and the increase in operating current assets into profit after tax. The incremental cash flows are negative during the first two years, 2004 and 2005. This cash flows increase to $4.6 million in the year 2009.