Khemka family seek a joint venture in 1999 to find some investors to fund new projects in the highly growing Russian Beer market and also improve the branding and marketing of its products. In 2004, the Alfa group, as well as Interbrew, want to acquire Khemka’s family share in SIL while Khemka wants to remain as long term shareholder. SIL valuation is done through the free cash flow approach which shows lots of growth potential. Worth of Khemka’s holding is calculated. Then how different companies may value Khemka’s holding differently. In 2004, Khemka’s family has a strong position as it could go for the option about its stake in SIL as it wants. 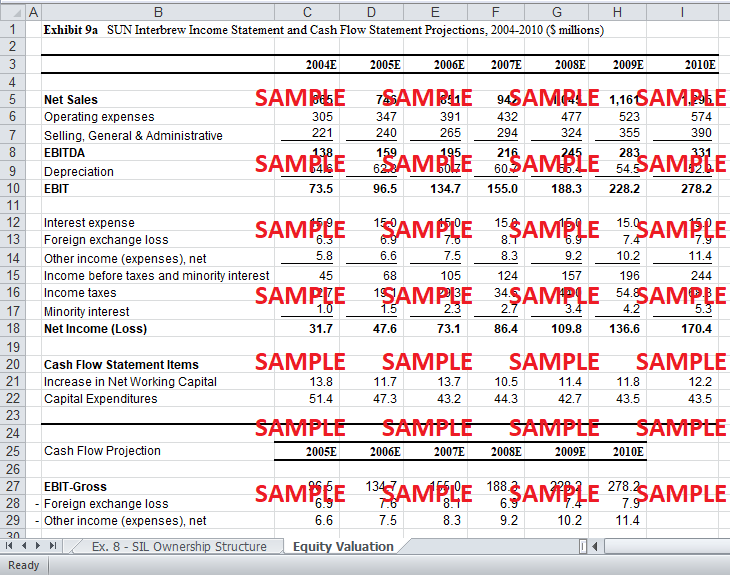 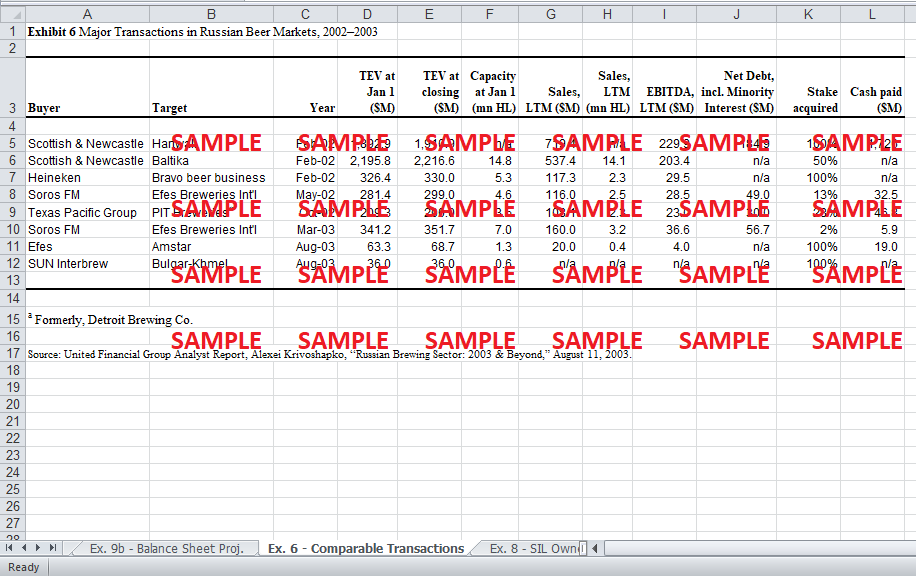 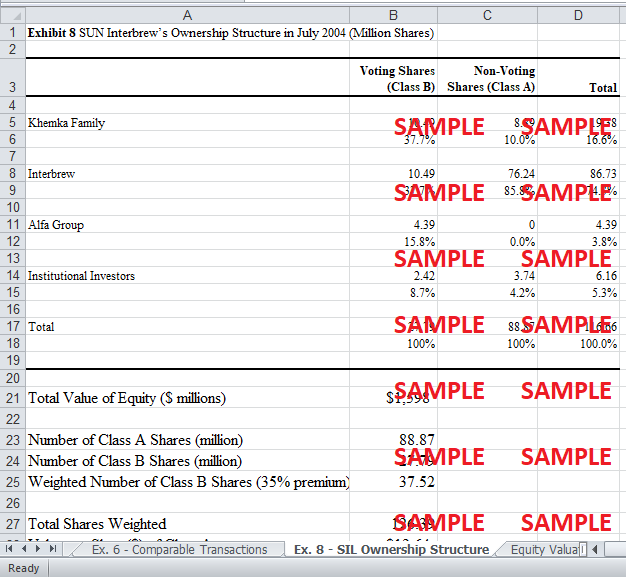 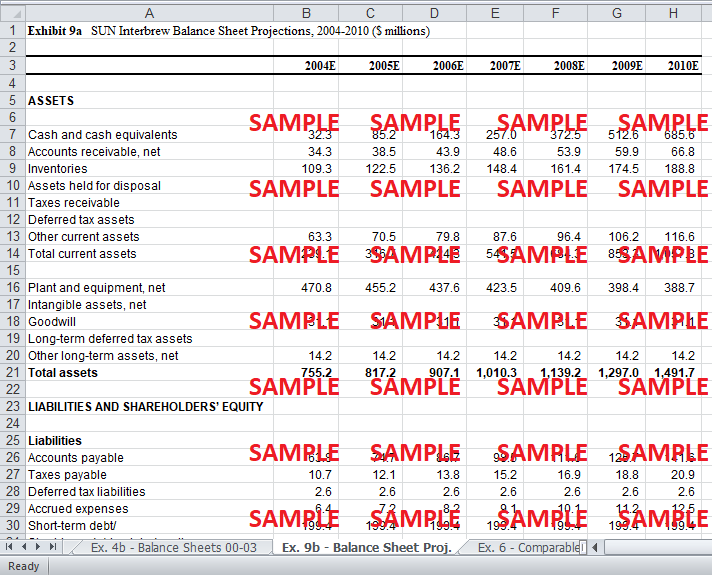 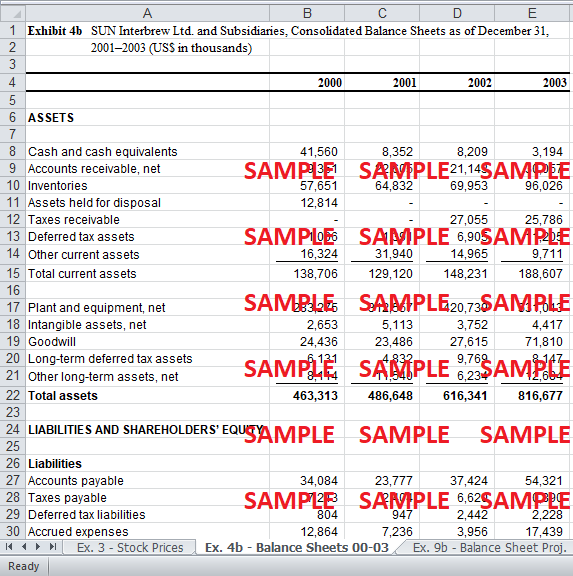 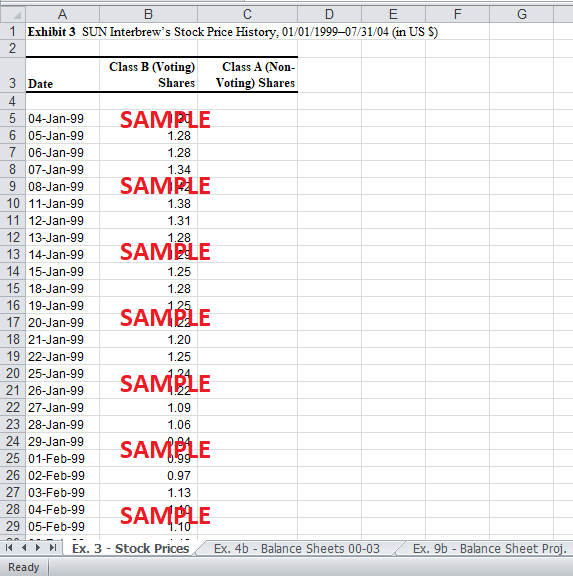 Case Analysis for Sun Brewing B

1. Why did the Khemka family seek a joint venture partner in 1999? What were the context and drivers of that decision? Was it a successful partnership?

SUN brewery was an entrepreneurial venture of the Khemka family that started in 1990. Although this venture remained successful over the first few years of its life, the Russian Brewing market was growing at a very high speed in 1999. It was growing at the second-highest rate after China and the collaboration of local manufacturers was increasing with international players. Khemka family was looking for a joint venture in 1999 to find an investor who could finance the growth by acquiring existing breweries in the market or build a new one. Also, there were many good acquisition opportunities in the brewing industry exist. So it was a good time to grow and maybe it was crucial to growing at this time because otherwise, it may be hard to sustain in a growing industry. Having a joint venture with an international partner would be beneficial for branding and marketing as it would improve its international image. Also, Khemka was looking for a joint venture in 1999because it would bring lots of investment while Khemka would retain more control in the joint venture as compared to its investment in the company bringing strategic benefits in the long run. SUN Interbrew should be termed as a successful venture for Khemka because of share price increase from around $2 in 1999 to around $10 in 2004. There were lots of value addition for shareholders of Khemka from the joint venture.

In 2004, Khemka’s family was pleased with the performance of SIL and believed that SIL shares a common vision and would bring long term benefits to the group. Interbrew is going for a merger with Ambevwhich would help in entering Latin American markets and expected to become the largest player in the world brewing market with a market share of 15%, so there would be many expansion opportunities coming, as well.  At the same time, the Alfa group of Russia had obtained a 15.4% stake in SUN Interbrew and had expressed its intentions to participate in the management of the company. Alfa had also expressed its desire to buy SUN’s stake to become a partner with Interbrew. Interbrew is also interested in buying SUN’s stake. The economic interest of Interbrew in SIL is increased to 74.3% with only 37.7% controlling stake because of the dual-class of shares. While Sun has only a 16.6% economic stake but a 37.7% controlling stake in SIL. Khemka’s were facing a tradeoff in SIL. They were controlling a company owned by someone else and want to retain its position to get the benefits of long term growth with international partners and the other parties want to acquire SUN’s stake; but till when they could resist this acquisition. Also, there were multiple offers for acquiring SUN’s stake at this point so maybe the SUN could get the best price for its shares that may not be available again.

3. Stock market prices for a Russian company listed on the Luxembourg Exchange might not be reliable. What is your independent valuation of the equity of SUN Interbrew? Which valuation method (or methods) do you think is the most useful? (Case page 5, indicates that the company’s weighted average cost of capital is approximately 12%).

Since stock market prices for a Russian company may not be reliable, a better approach for the valuation of the company would be a discounted cash flow approach for the valuation of equity. Free cash flow to the firm approach may be used to value the firm and then the value of equity is calculated. Projected financial statements are provided in the supplementary excel file which contains expected cash flows from 2004 to 2010. The calculation for equity valuation is provided in the attached excel file. EBIT is taken from projected Income Statement which is adjusted for foreign exchange gain/(losses) and other income. The tax rate is taken to be 28% being average of tax expense/EBT for projection. Free cash flows are calculated using the formula: