When it came to retail tyre distribution in the north-eastern United States, Tire City, Inc. (TCI) was a fast-rising player. When Jack Martin, Tire City's CFO, was getting ready for a bank meeting to ask for a five-year loan to fund the company's planned development and expansion of its storage facilities, he ran into a problem. The addition would cost TCI $2,400,000. The planned financing conditions called for the loan to be taken out in two equal payments, if required, in 1996 and 1997, and returned in four equal yearly instalments of $600,000 one year after the warehouse's construction was finished. Mr. Martin planned to prepare a set of pro forma financial statements for the firm in advance of his meeting. With an eye on Tire City's financial future, Mr. Martin sought to forecast what the remainder of the income statement and balance sheet will look like in 1996 and 1997. 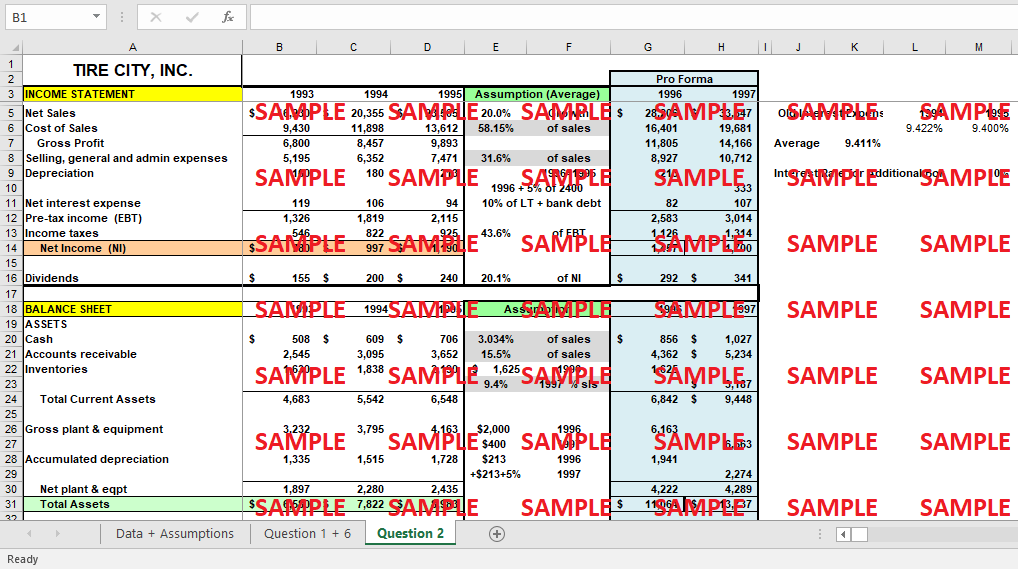 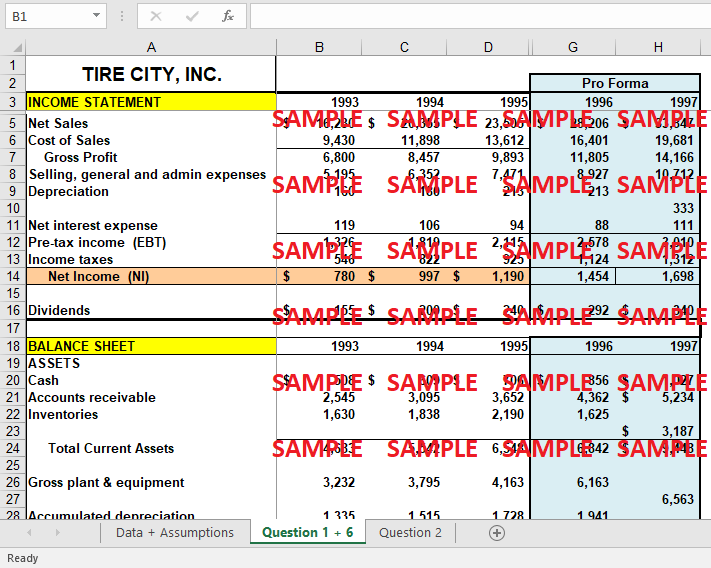 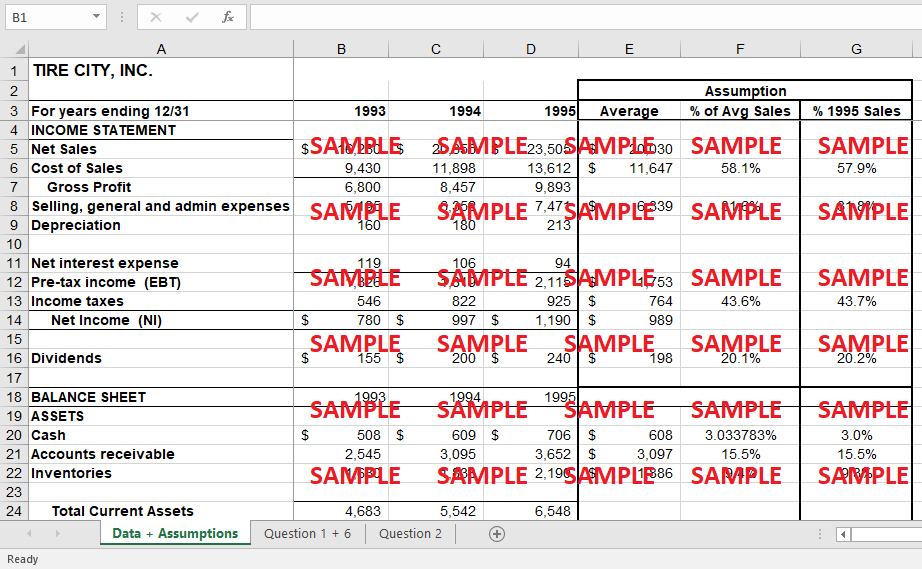 1. Evaluate Tire City’s past performance and current financial health. Do a quantitative analysis of the company’s past financial performance.

During the years 1993-1995, sales at Tire City increased significantly. Sales rose by 25.42 percent in 1994 and by 15.48 percent the following year (in comparison to the year before). Every year, they've seen an increase in their profit margin. As of this year, their profit margin is 5.06 percent compared to 4.81 percent in 1993, and 4.90 percent in 1994. Cost of goods sold and interest expenditure both fell as a percentage of sales, both of which helped boost the company's profit margins. The tyre retailer's gross profit margin was 41.55 percent in 1994, but it increased to 42.05 percent in 1995, suggesting that it is either charging higher prices or finding lower-cost tyre suppliers. In 1994, the tyre retailer's gross profit margin was 41.55 percent. Since the firm has begun making payments on its initial warehouse loan for $125,000, its interest expenditure as a percentage of sales has fallen. This is because the company is paying off the debt.

Tire City's assets-to-equity ratio has been continuously decreasing since it reached its all-time high in 1993, going from 2.01 to 1.92 to 1.79 in 1995. As a direct consequence of this, they are lowering the amount of danger they face and enhancing the security of their finances. Tire City has sufficient financial resources to effectively manage its day-to-day operations and make progress in reducing the outstanding debt on the loan for the warehouse. Its compound annual interest rate has been climbing steadily since 1994 when it was at 18.16 percent and reached an all-time high of 23.50 percent in 1995. This has been made possible in part by improvements in both net income and interest expenditures. In 1994, the cash conversion cycle at Tire City lasted for 71.2 days. In 1995, however, it lasted for 76.8 days. When compared to 1994, this is the result of a larger amount of time spent collecting payments and a shorter period spent making payments.

The current ratio of the company was 2.03 whereas the quick ratio, which shows the liquidity of the company after subtracting the inventory, was 1.35 which can be considered as good. Their operational cash flows in 1994 and 1995 were $989,00, which means they have no problem paying their operating costs. The drop in cash flow was caused by an increase in inventory expenditures to keep up with the company's sales growth.

Tire City's financial status has improved since 1993 as a result of its success, as can be seen in the chart below. By keeping its expenditures as low as possible, the firm was able to increase sales and net income, as can be seen by the shift in ratios.

2. Prepare a pro forma income statement, balance sheet, and cash flow statement for the company for 1996 and 1997.