Wal-mart is the considered to be the largest retailer in the world. It was founded in 1970. Wal-mart is operating in 8400 stores worldwide. There are Wal-mart stores in all 50 states of United States. Wal-mart is running its business operations in Argentina, Brazil, Canada, Germany, Mexico and many other countries around the globe. 2.1 million employees are directly or indirectly associated with Wal-mart. The client base of Wal-mart is approximately 200 million customers per week. Only during the fiscal year 2010 which ended on 31 January, Wal-mart reported net sales revenue of worth more than $405 billion. During the same year, the dividend payout of Wal-mart was $1.090 per share. Currently Wal-mart has approximately 3.36 billion outstanding shares in the market. 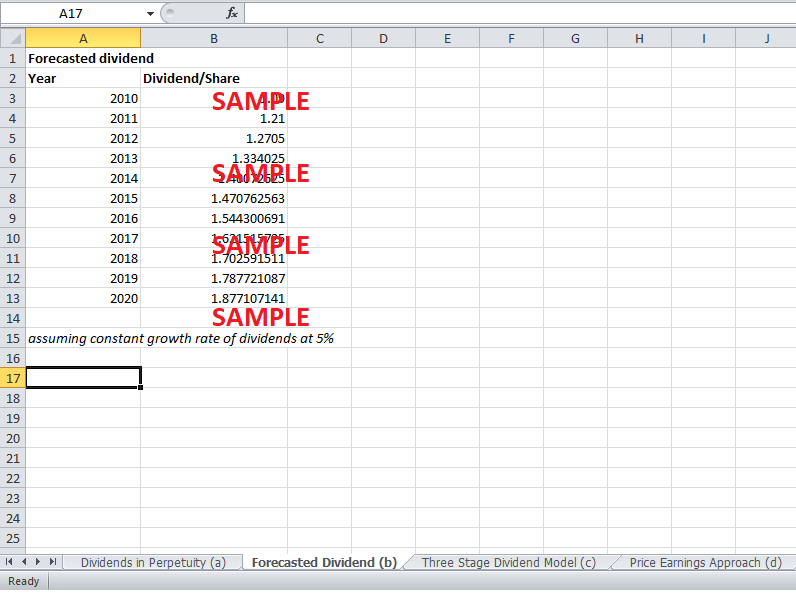 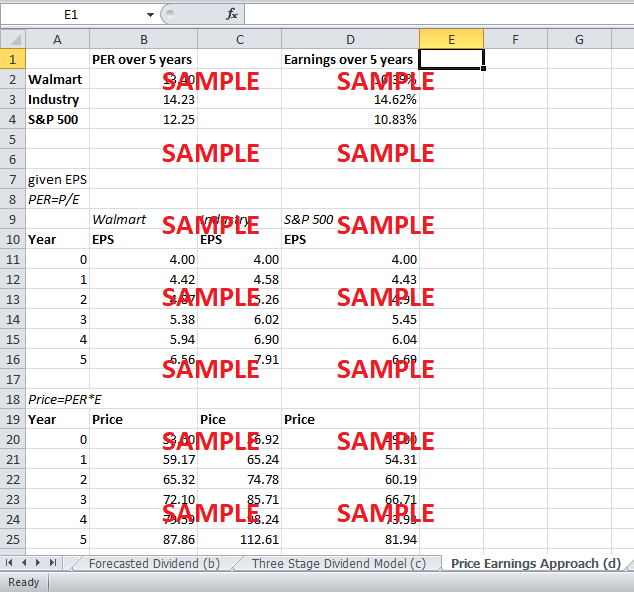 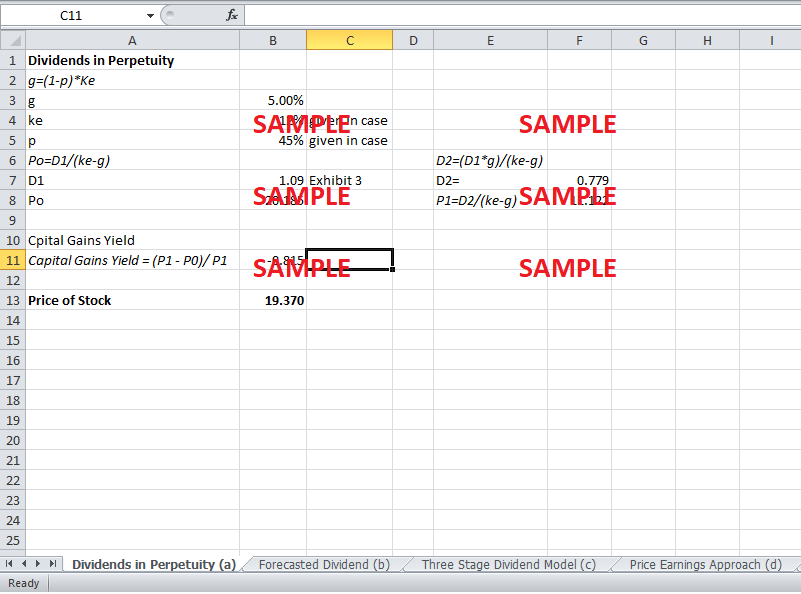 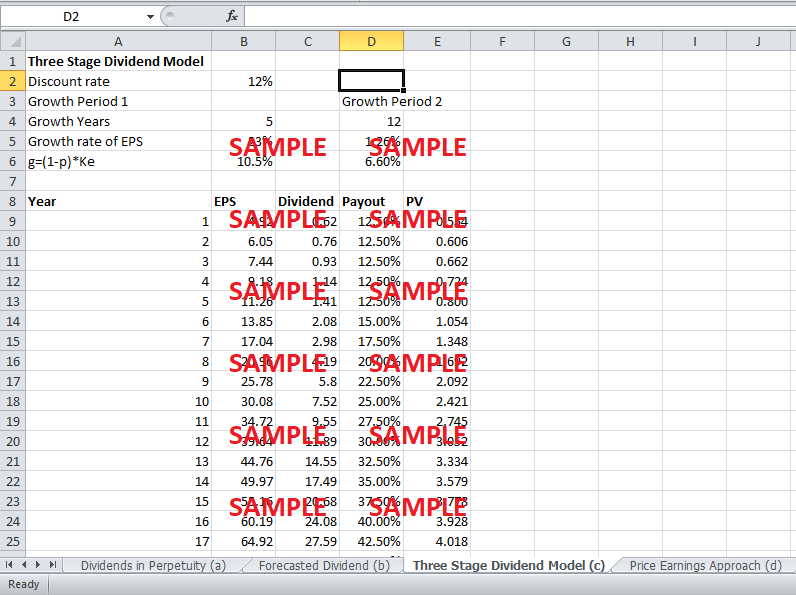 The closing market value of a Wal-Mart stock is $53.48, which is the current market price, as well. A consensus by analysts has anticipated that the market value of Wal-Mart will be $60.50 per share as on February 2010. The estimated price by analysts has been reviewed under various Dividend Discount Models such as; Dividend Perpetuity Model, Three Stage Model and P/E Multiple Model.

According to Dividend Perpetuity Model, the price of stock is calculated by discounting all expected future cash flows to the present value. The discounted rate is applied by obtaining the cost of capital of the firm or an investor’s required rate of return. Under this model, the share price is valued by estimating dividends in perpetuity. To calculate all the future dividends, a growth rate is used. In the most basic form of this model, a constant growth rate is applied. Also the price of stock is considered to be P0. Using this model, the price of Wal-Mart’s share is calculated at $19.37 with a growth rate of 5% and discount rate of 12%. The value given by Dividend Perpetuity Model is highly unrealistic. This model assumes certain implications, which are not applicable in real market. The assumptions are: