The Voyages Soleil is a tour operating agency which was a leading company in the tour industry. However, due to the strong correlation of the tourism industry with the movement of the overall economy, the company was sharply hit by the events following 9/11. This was because of the fear among the tourists to travel to the country by means of air and also the higher security in response to the terrorist attacks. Most of the VS's clients were from Quebec, which meant that most of the revenue generated for VS was in Canadian dollars. However, hotel destinations would require payments in US dollars. Thus, VS was exposed to foreign exchange risk. Because of the time gap between booking and actual payment, VS has faced a challenge of to stop its profitability from falling due to the declining value of the Canadian dollar which ate up most of its margins. Thus, it was left with three options to hedge and retain its profitability. 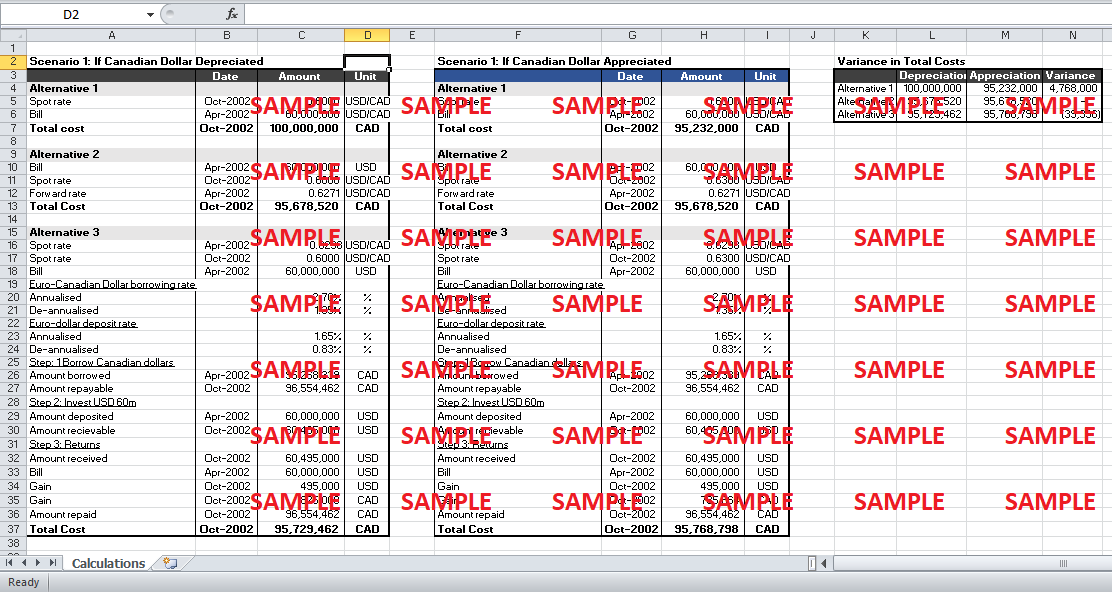 The first alternative was concerned with waiting and exchanging the Canadian dollars in October at the spot rate prevalent at that time. The results yielded in earnings fluctuation of CAD 4.768 million. This would, therefore, defeat the purpose of hedging as varied earnings by such a huge margin would place VS in a situation of bankruptcy as it would not be able to pay its suppliers if CAD dollar declines by a huge margin. Considering the unstable condition of the economy, a slight fluctuation in the exchange rate would significantly influence the revenue generated, which would directly reduce the company's profitability and its ability to make the payments. It would be riskier for VS to bet on the exchange rate as this stage as the economy is not stable.

The second alternative involved entering into forward contracts that would lock in the exchange rate and would protect the company from any unexpected fluctuations in the exchange rate. Considering the economic situation, VS would be able to ascertain the amount of money it will receive after the Canadian dollars will be converted into American dollars. Thus, it would be aware of the amount it would receive in both the Canadian dollar and American dollars and according book the hotels and resorts. Thus, any form of uncertainty will be reduced, and Voyages Soleil will effectively be able to hedge against the declining value of the Canadian dollar.

The third alternative was to borrow Canadian dollars to buy US dollars and invest the US dollars for six months and then use it for making payments to the resorts and the hotels. By undertaking this alternative, the results show that the earnings fluctuation will drastically reduce and the revenue will vary by CAD 39000, which is not that significant a difference. This option would be very beneficial if the interest rates would be lower in Canada as the borrowing cost would reduce, and the revenue fluctuation margin will reduce.

The following table shows the overall impact on revenue variation undertaking the three alternatives. The second option shows no variation, which means a high level of certainty of the amount of revenue generated. Similarly, the results for the third option also seem favourable as revenue fluctuation is by a very slight margin. Thus, from the results, alternative 2 and 3 seem feasible. However, the results will be further analyzed ahead.