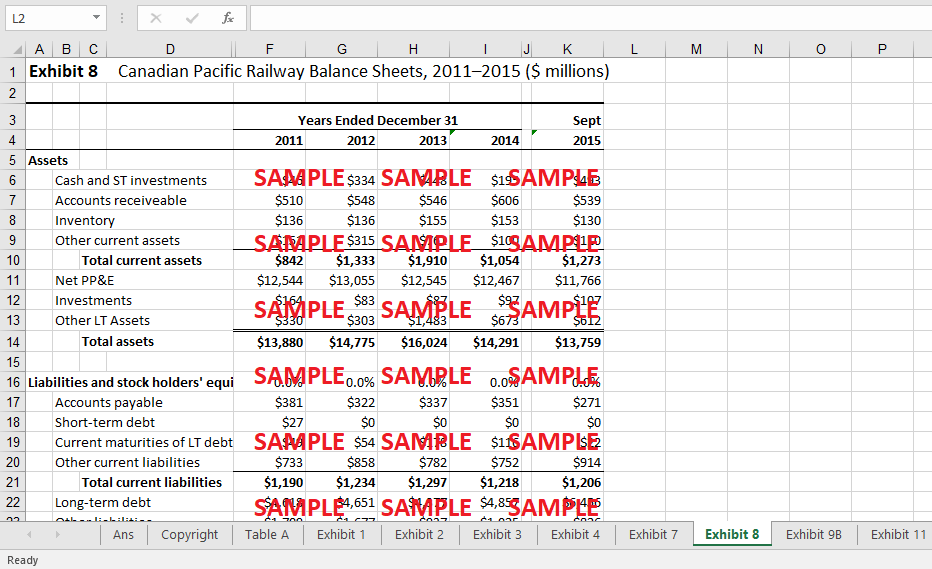 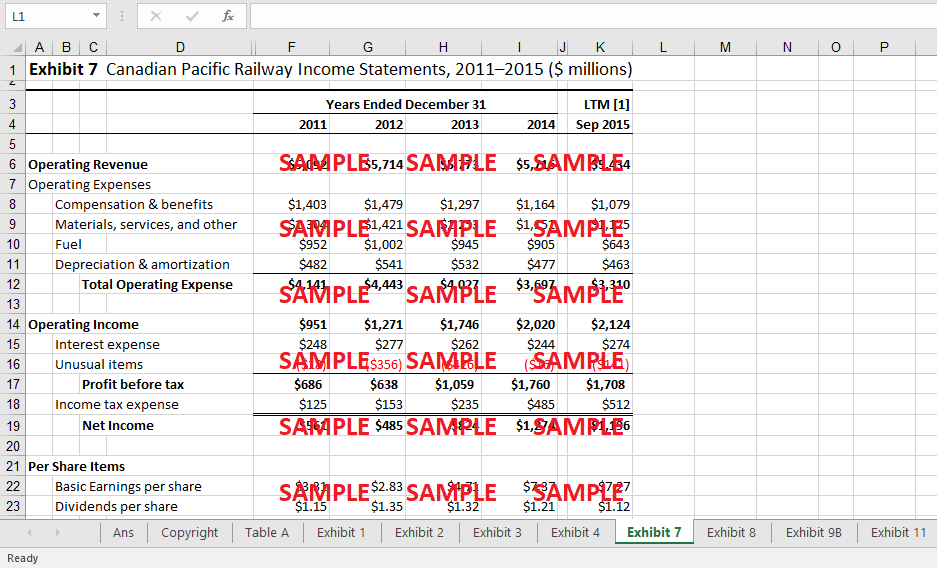 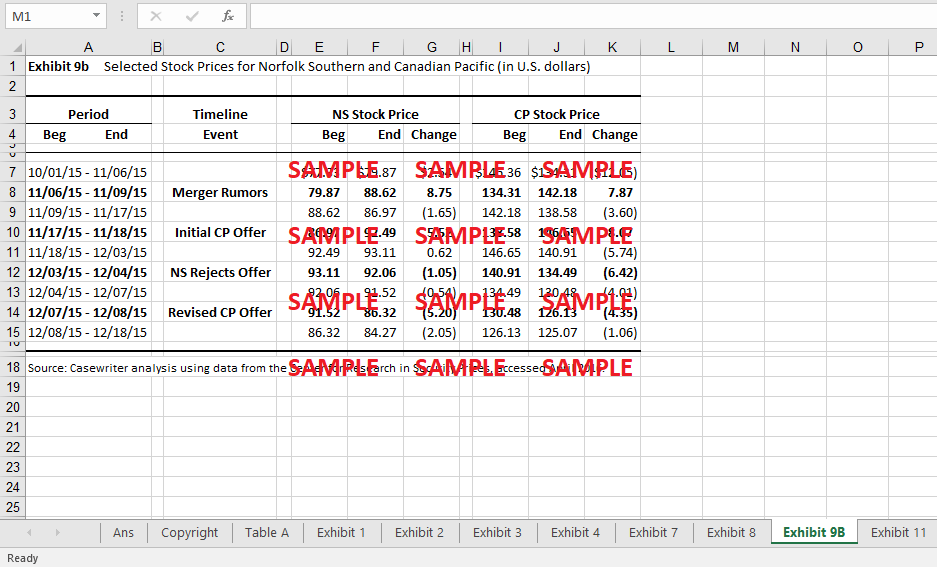 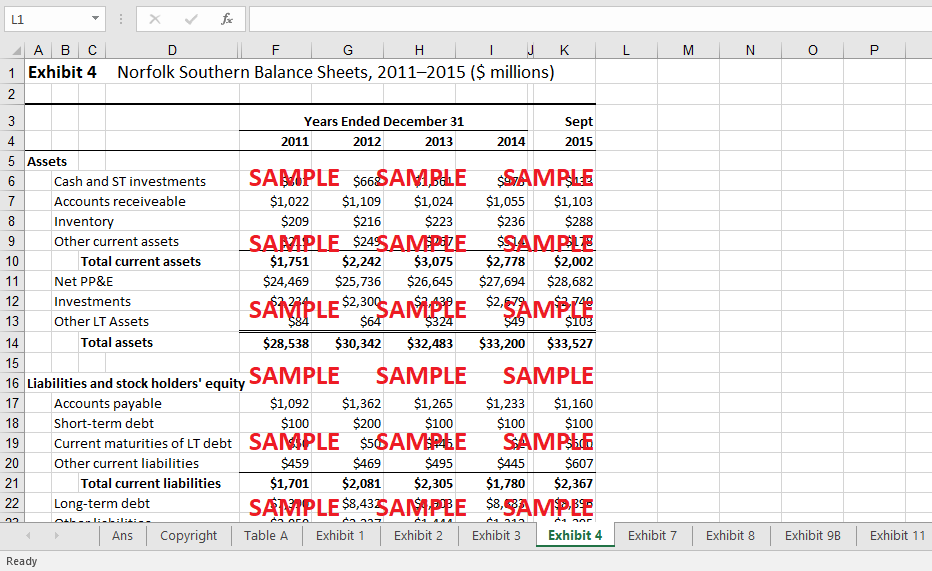 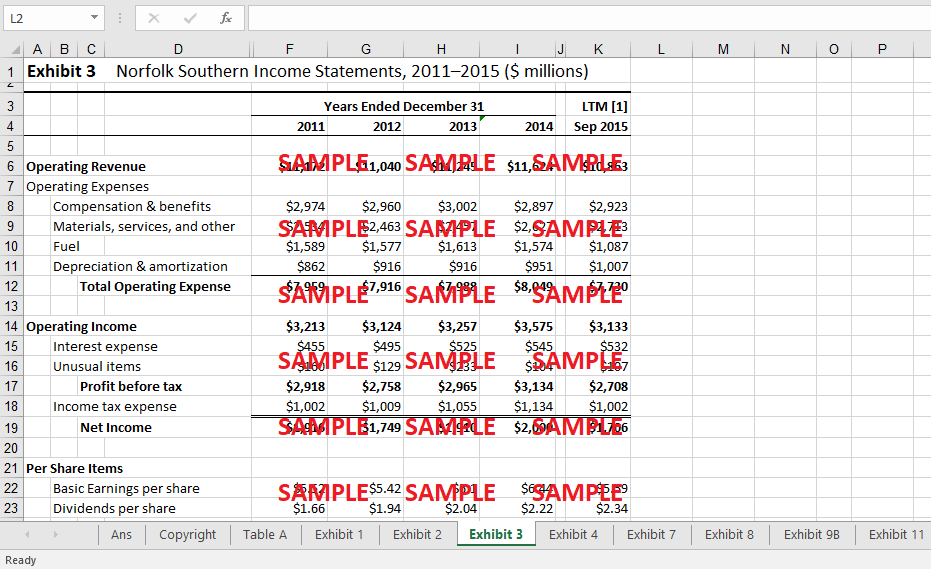 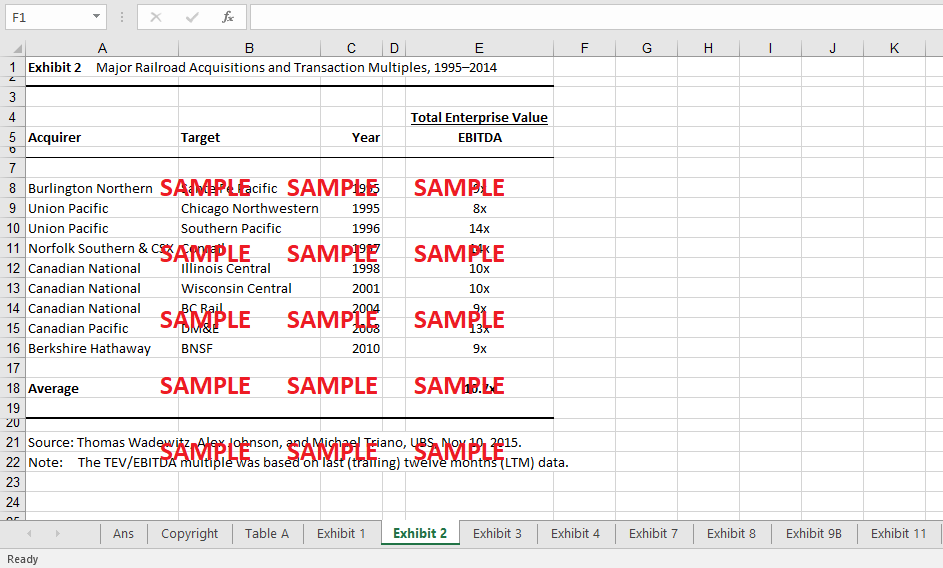 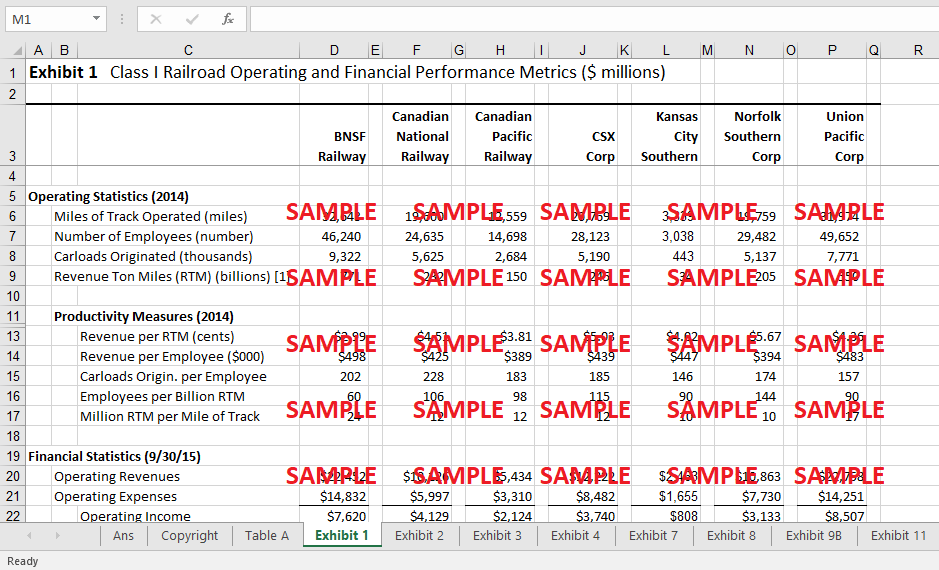 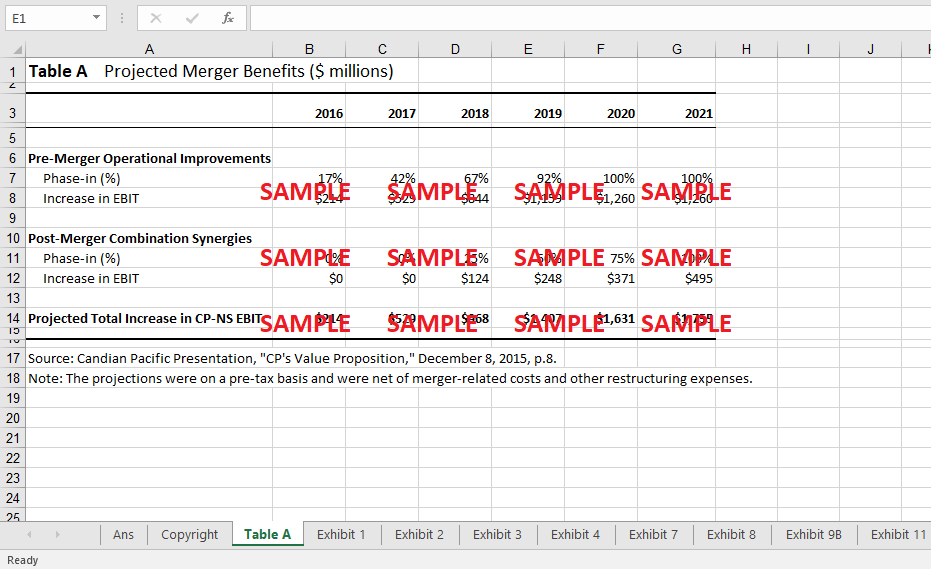 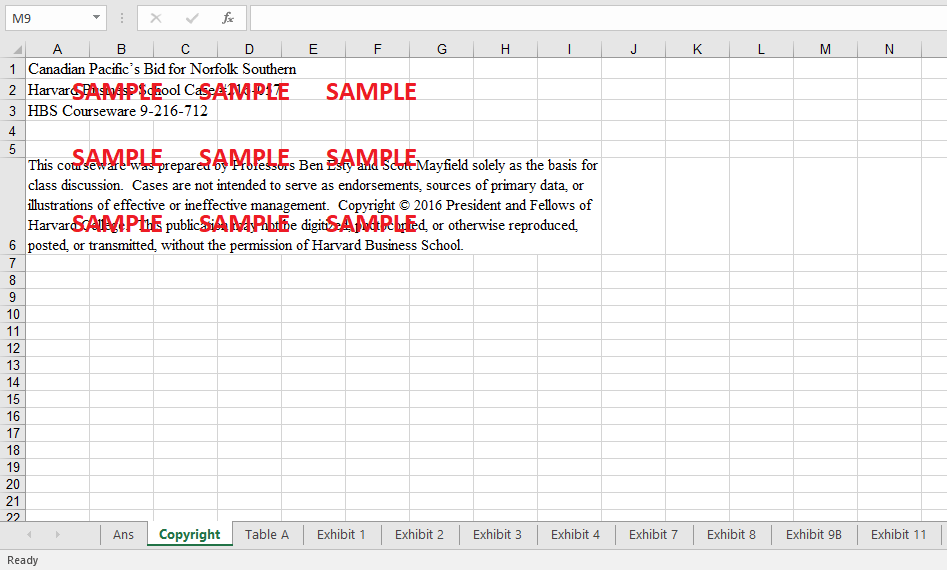 The EBITDA was calculated by adding back the depreciation expense subsequently after-tax EBITDA was determined. The tax rate of 37% was used since it is the effective tax rate on the income statement of the company.

The capital expenditure and net working capital were deducted from after-tax EBITDA thereby calculating the cash flows to equity. Return on equity of 107% was used as the discount rate since it is a close proximation to the cost of equity of Norfolk Southern. The terminal value was determined using the exit EBITDA multiple f 107x which is the average of multiples of major railroad acquisitions and transaction multiples.

Discounting the cash flows, the total value of equity came out to be USD 24,943 Million. The total outstanding shares were determined by dividing the total net income for 2014 with the earnings per share in the same period. Per-share value comes out to be USD 81.7. The comparable approach was also used to determine the valuation of Norfolk Southern. The EBITDA multiple of 10.7 was multiplied by the EBITDA in 2014 which gave the enterprise value of USD 48 Million. The value of debt was deducted and cash was added to determine the value of equity.