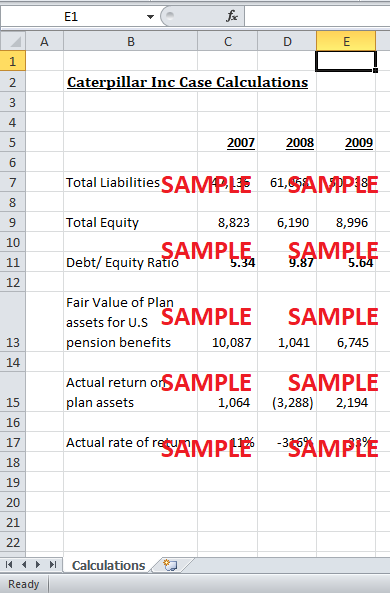 Case Analysis for Caterpillar Inc B

2. What amount is reported on the balance sheet relating to the Caterpillar post-retirement benefit for 2007-2009? (Exhibit 1)

The allocations of the pension assets of U.S, non U.S and other post-retirement benefits in equity are 70%, 55% and 80% respectively. On the other hand, the debt allocations of the pension assets are 25%, 35% and 20% respectively. Therefore, most of the assets are invested in the equity assets, which are risky compared to debt instruments and hence, high upside and downside potential. Therefore, with these asset allocations, the fair value of the assets is expected to show great fluctuations.