CyberLab A New Business Opportunity For PRICO A Case Solution

CyberLab has developed a machine that has the capability of revolutionizing the lab robotics industry. The market for the product, however, is very tight with some stiff competition. In order to expand, the company has offered 30% of its equity stakes, along with marketing rights of the product, for a total of $1 million. The three elements of the deal (the equity stake, the marketing agreement, and the technology patent) need to be individually valued before PRICO can accept the deal. The decision will be based on whether or not the total of the values assigned to each element is greater than the investment, or not. 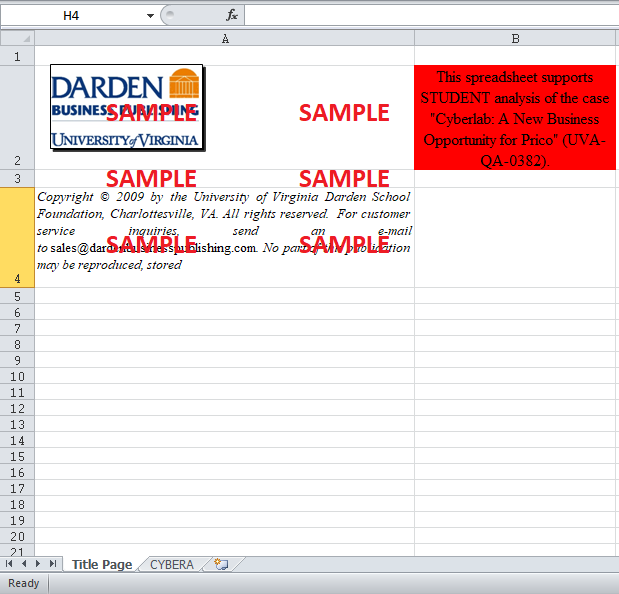 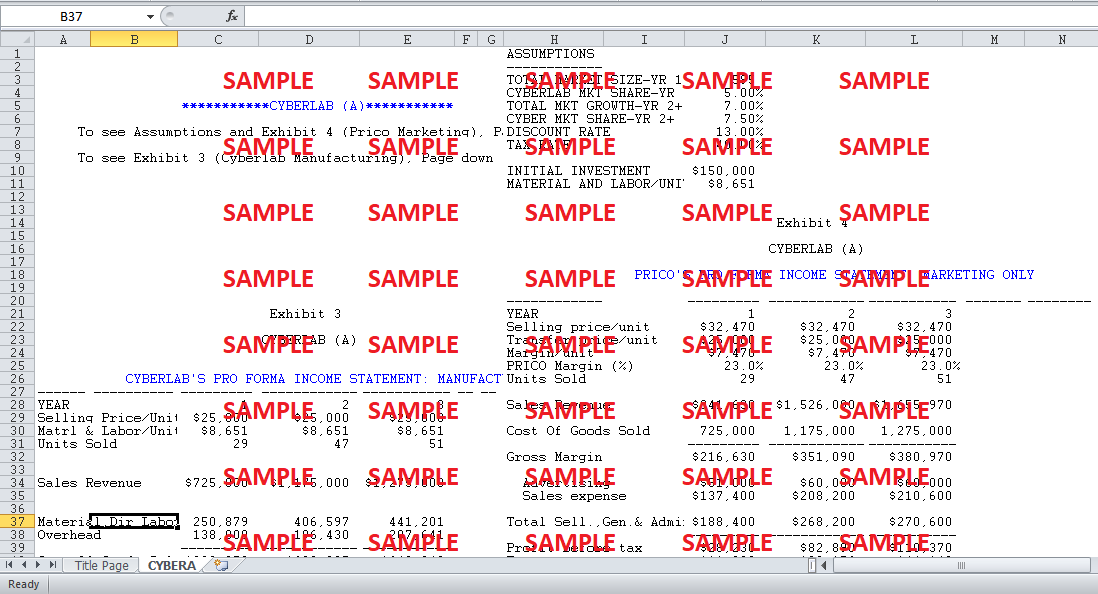 Case Analysis for CyberLab A New Business Opportunity For PRICO A

As PRICO examines the offer put on the table by CyberLab for an equity investment, the company’s management has to determine whether or not the offer is worth investing in. CyberLab has offered a 30% stake in its company, along with marketing rights to its sole product, the CyberLab 800, for a sum of $1 million. From an evaluation standpoint, this deal consists of three different elements packaged into one. First is the 30% stake in CyberLab; second is the ability to buy CyberLab’s product at cost and sell it on premium through PRICO’s own, well established, promotion, sales and distribution network; third is the patent on the technology that CyberLab 800 comprises of.

For the offer to be profitable for PRICO, the sum of the valuation of the company (PRICO’s share i.e. 30%), the value of the marketing proposal, and the value of the patent for PRICO has to be more than $1 million.

The value of CyberLab to PRICO will be the future expected net cash flows of CyberLab discounted at the cost of capital for the firm. These cash flows will have to be projected assuming that the deal, currently on the table, is executed, and CyberLab has received $1 million to fund its expansion, and not the current expectations. This is because PRICO will be concerned with the post-acquisition value, or CyberLab’s potential rather than the current value.

CyberLab A New Business Opportunity For PRICO A Case Solution