Get instant access to this case solution for only $9 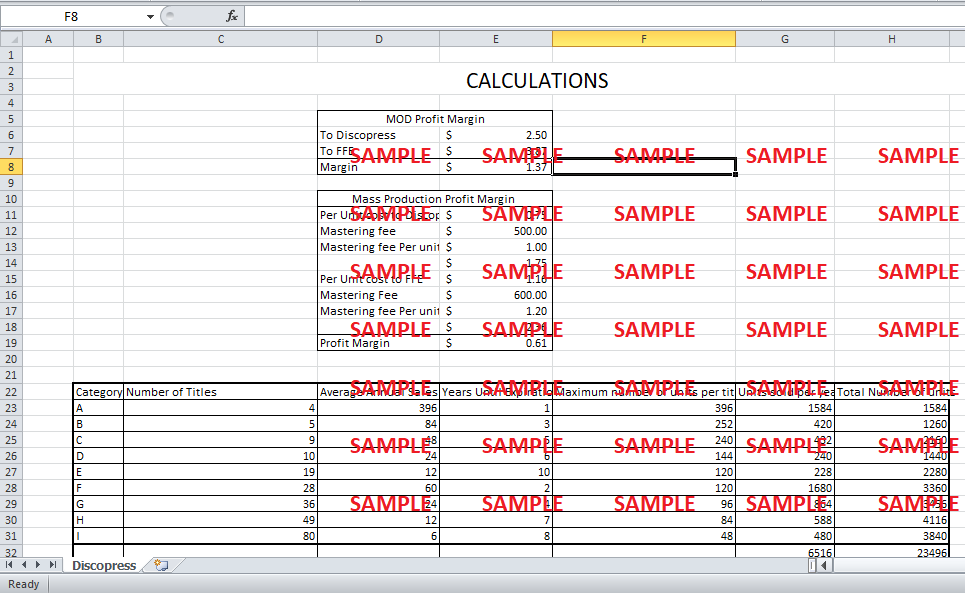 Looking at the Maximum units per title for the individual titles provided by FFE we can see that none of the titles of FFE reach the minimum unit level capacity before it’s license expiry for Mass production, which is 500. From this perspective it is better to use the MOD method than Mass production. (Exhibit 1)

Get instant access to this case solution for only $9

Get Instant Access to This Case Solution for Only $9

Save $16 on your purchase