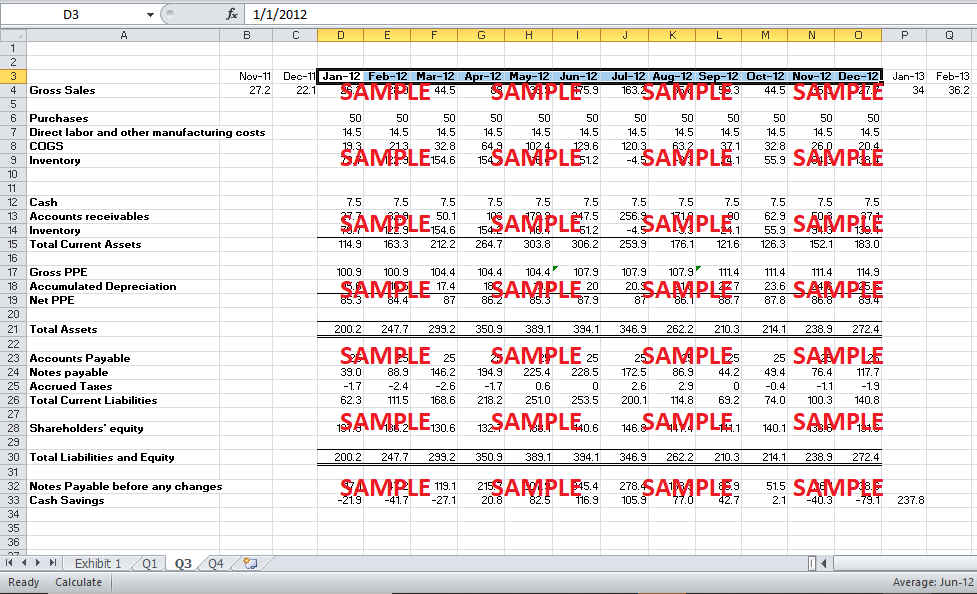 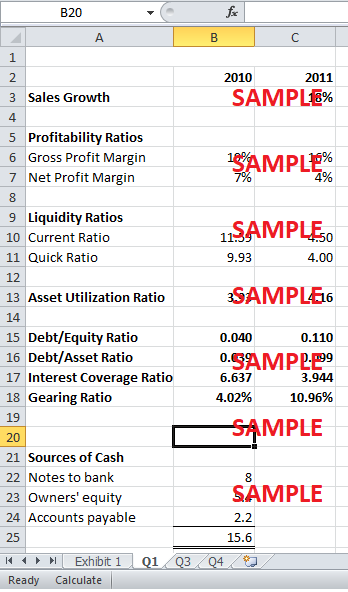 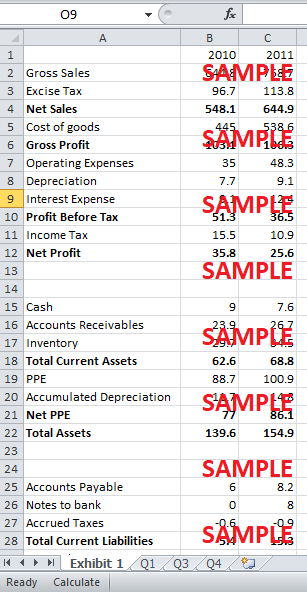 1. Perform a comprehensive financial analysis and assessment of the current situation of the company (Guna Fiber Limited – Growth, profit, liquidity/cash flow, asset utilization and efficiency, gearing, and sources and uses of funds analysis. Using this analysis:

a. Discuss the overall performance of the business. What is the current situation of the company?

It can be observed from the current situation that both gross profit margin and net profit margin have decreased by 3% in the financial year 2011. This is mainly due to the competition existing in the market which has made Guna reduce its gross profit margins to maintain its customer base. On the other hand, the current ratio and quick ratio have both reduced significantly. The ideal current ratio for any company is usually 2:1. The higher current ratio of Guna means that Guna is not utilizing its current assets efficiently. The excess current assets mean that receivables are taking longer than usual and Guna is paying its payables very soon.

b. The company appears to have run out of cash. Why / how did this happen and what are the consequences of this for the company? (See Case Exhibit 6)

The company ran out of cash because it paid substantial dividends to the shareholders who were the family members. Moreover, the receivables are taking longer to repay, i.e. 48 days and accounts payables are being paid sooner, i.e. within two weeks.

The consequences would be the need for a loan, more interest payments and less expansion. More loan would mean higher gearing which will impact the credit rating of the company adversely.

2. What does Malik’s financial forecast show about the capacity of the company to meet if cash obligations and especially its ability to liquidate its seasonal loan as required by the bank? What are the implications for Guna Fiber and how serious is this problem given its context? (i.e. Small company in a developing country and attendant challenges of access to credit etc.)

Firstly, the financial forecast of the company shows that the company will not be able to meet its liabilities since the sales are much lower than the notes payable. Secondly, exhibit 6 also shows that the accounts receivables will remain higher than the accounts payable throughout the period, thus keeping the company in cash flow needs. Exhibit 5 also shows the increasing trend of the accounts receivables whereas decreasing trend of accounts payables in the initial months which will not allow the company to have the cash to liquidate its seasonal loan. Finally, the company is still paying the quarterly dividends to the shareholders even when the net profit is negative as in March, September and December. Thus, the company does not have the capacity to pay off its loan.

3. One of the options being suggested by the company is a change from seasonal to level production. Using the assumptions and relevant information in the case, prepare a forecast plan for the level production and critically discuss the implications for the company.

If the company switches from seasonal to level inventory, the company's need for notes to the bank will be higher initially when sales are low, because higher inventory is maintained and thus there is less cash received. However, the company is paying the same amount INR25 millions of accounts payable which will take the cash.

However, if someone compare it to previous forecast plan, during the peak season, very low or no inventory is maintained, which means that greater amount of cash is received, and as the company is procuring the same amount of raw materials every month, there is no high amount of procurement in peak season, which is resulting in lower accounts payables and thus, lesser cash outflow. This is reducing the amount of notes required from the bank.

Although the level inventory means a lesser loan from the bank, there is an adverse implication on the company in the form of negative inventories in July and August. This will lead to the loss of sales which the company would have otherwise achieved had there been the seasonal inventory. This will also impact the reputation of Guna as customers will be disappointed. Not only this, but Guna might also lose these customers to competitors. To tackle this issue, Guna must maintain a minimum inventory to meet the full demand in the peak season (Appendix B).

4. What are Kumar’s options to deal with this problem (from the details of the two memos on her desk), and what are the likely merits / demerits and impact of the specific proposals before her?

Kumar can tackle the cash flow problem by increasing the Days Accounts payables, reducing the Days accounts receivables and reducing the Days inventory. The two memos in front of Kumar recommend two of the remedies needed. If Kumar increases the Days accounts payables and reduces Days receivables, it will allow the company to get the cash from receivables first and then pay the payables. However, this is likely to impact the relationship with the customers as they might decide to move towards competitors who are offering better credit terms than Guna.