Burns and Irwin face the prospect of either buying Harmonic Hearing Co. from the money generated through an equity trust or a combination of debt. If they buy with the help of an equity trust, they will have $ 30 million to invest out of which a total of $ 28.3 million would be used to buy the company, and the rest would be used to finance the capital budget of the new hearing machine. The machine would be introduced later in that year, so a loss of sales and market share would be forgone. If they finance the takeover through debt, they will be a having $ 25.1 only which would be used to invest in the takeover. They will takeover by raising debt through a combination of sources, cash of the firm and also their own equity. This leads them to the dilemma that which source of funding is better. 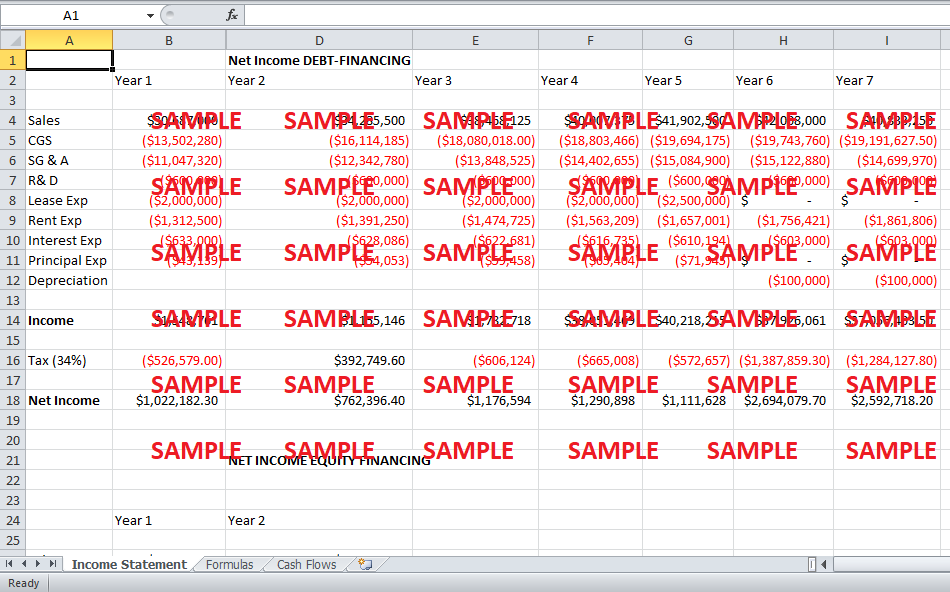 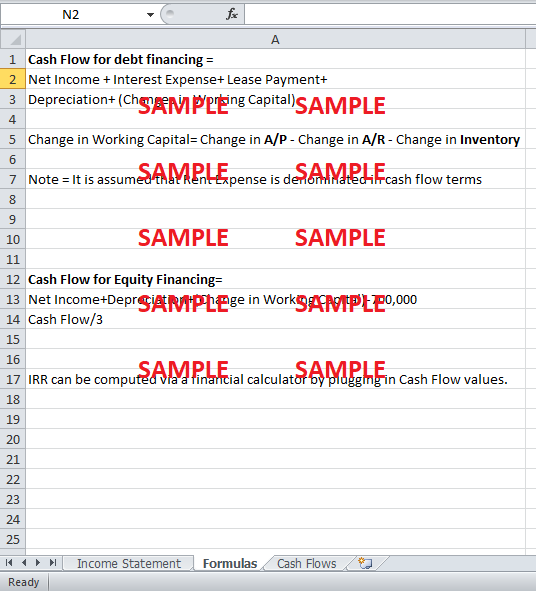 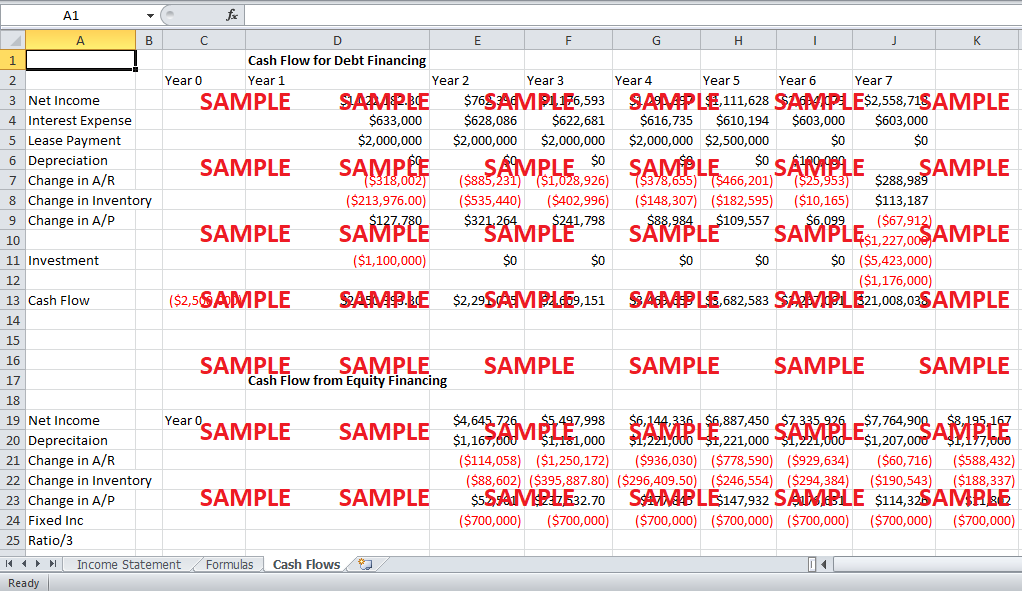 Essentially, a company’s capital structure should be based on a combination of debt and equity. There are numerous reasons behind the logic, some of which are that a company gets tax advantage, its stakeholders risk would be reduced; company may have more funds to invest etc. Burns and Irwin have either of the two options, both of which have its own advantages and disadvantages.

If the company would be taken over by raising money through debt, than the company will be delaying the time for the launch of the new device, significantly. So, the company will be losing a significant percentage of market share and sales revenue. In the forecasted income statement, the company has several fixed costs to pay which reduces its net income. Net income and cash flows are low during the initial years due to the fixed costs. However, the cash flows and net income improve in the later years. The ownership of the bidders would be reduced. Working capital required may be reduced as plenty of cash the firm previously generated would be used up to finance the takeover. In addition to the interest, rent and lease paid, Burns & Irwin will also have to repay the principal amount at the end of the seventh year which will reduce their cash flow to a great degree. However, the company gains tax advantage and once the fixed cost become less the net income and cash flow figures get higher. So, the company has tax advantage and the fixed costs is reduced in later years, which make the Internal Rate of return equals to, 8.35 %.

If the company’s, takeover is financed through equity, then although the company would delay the launch of their new device, but it will be introduced later in the same year. So, the company will not be losing much on its market share and sales revenue. If we look at the forecasted Income statement of a move financed with equity, we see that there are not fixed debt costs to bear and so the initial net income and cash flows are very high. However, as new equipment's are purchased depreciation is added into the expenses which reduced net income. The trend of the cash flows is increasing, though.