The IT industry was growing exponentially during the late 1990s. There are a number of factors that have led to such tremendous growth in the industry. One key success factor is the group of skilled IT professionals hired by a firm. IT companies compete with one another for better technically skilled employees. To attract, motivate and retain employees, the companies pay high salaries and give them incentives to improve performance. Exhibit 1 income statement for Keane Inc shows that, during the year 2000, salaries wages and other direct cost overall costs the firm around 69.6% of the total revenue. Similarly, Metro information systems 2000’s income statement in Exhibit 3 shows that 70.65% is the proportion of costs in the revenue. These costs mainly involve the salaries and wages of employees as the direct cost. Thus, high performing employees are critical for the success of the firm in this industry and that is why their salaries are most costly to these firms. 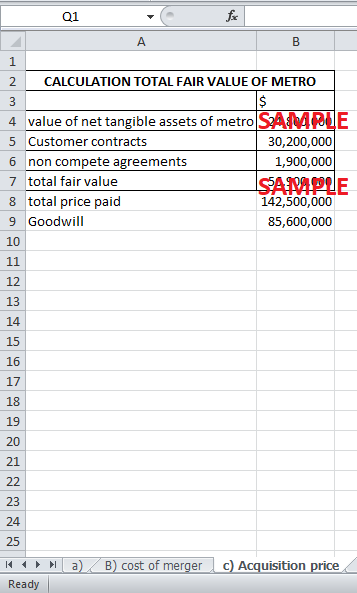 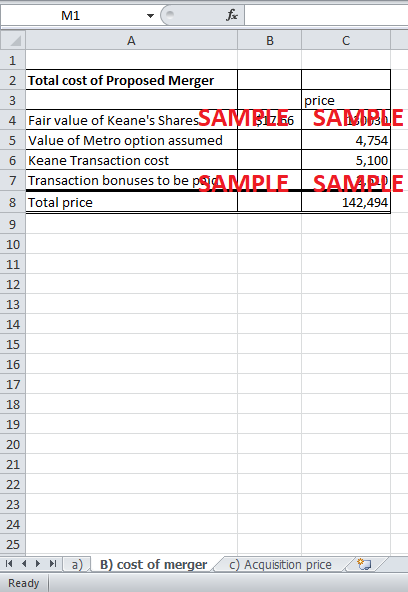 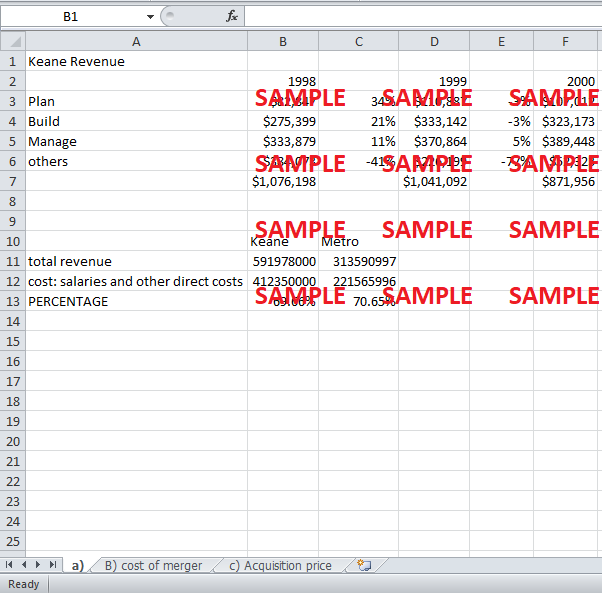 Case Analysis for Keane's Acquisition of Metro information services A

1. What are the Key Success Factors in this industry? How are these factors reflected in Keane’s and Metro Information Services' financial statements?

Another important factor that led firms to success in this industry was the acquisition of other firms. The industry has been divided into three segments; management consulting, systems development and IT outsourcing. Though most firms operated in more than one segment, very few operated in all three. This led to a fragmented industry with a “heterogeneous set of competitors”. When firms acquired one another, they are able to integrate into new segments of the industry, reduce their costs, expand their customer base, increase their skilled workforce and raise the total investment and goodwill of their company. For this reason, balance sheets of both Metro Information system and Keane Inc show a few acquisitions over the past years which lead to the company’s success over the years with reference to their stock value as well as profits. Keane Inc, in 1999, acquired Care computer systems and Denver Management group which lead to their growth in IT outsourcing of 11% in 1999 and 5% n 2000. Exhibit 3 (in the case) clearly mentioned that Metro too acquired firms since its existence, leading it to where it was in 2001. This accounts for the intangible assets in the balance sheet.

Other success factors might include the changes in technology and business, the increased customer base as more companies started updating their systems, development of the internet, the introduction of standards like the Capability Maturity model and more supply of skilled professionals in the IT field. However, the key factors identified in the case areas above.

Exhibit 4 clearly shows that the price of the acquisition was mainly made up of the four components given below.

Other components of the price included the value of all outstanding Metro stock options converted into Keane’s stock options at the same rate. $4.75 million is the market value to purchase the 571,058 Keane’s common stock in exchange for Metro’s options. Furthermore, the price paid for the acquisition also includes all the legal and administrative costs of the transaction. These are mainly the fees given to auditors, counsels and financial advisors who were facilitating the merger transaction. As the merger was structured under Section 368(a) of internal revenue code, the merger is free from tax. Hence, no tax expense is accounted for in the price.

However, there are bonuses paid to executives of Metro so that they reap financial rewards from the transaction. These rewards were in exchange for their holdings at Metro as well as the new contractual agreements. $2.61 million had to be paid in bonuses once the merger is underway. This too was added to the price.

Through the acquisition, Keane gained far more than can be estimated at first glance. Keane Inc paid $142.5 million (plus taking over all the Metro’s liabilities) for the acquisition of Metro information systems. The calculation below shows the fair value of the Metro’s assets (as given in case).

The price paid was above the total fair value of Metro Information systems. This is because of a number of advantages gained by the firm through this merger. These advantages are discussed in the next question. Thus, with the acquisition of Metro, Keane is buying not only all the tangible assets of Metro but also assuming all the liabilities. It acquires the diverse customer portfolio of Metro, the skilled workforce and the management know-how of Metro. This merger would help the strengthening of Keane through all these advantages.