As one of the country's oldest and biggest privately-owned companies, Kohler Co. Despite the fact that Kohler Co. is best known for its plumbing fittings, the firm has extended its activities to include furnishings and high-end resorts. Because of their improved cast iron technique, Kohler Co. had an edge over its competitors. Kohler Co.'s global development and diversification have resulted in tremendous growth. " In this scenario, Kohler Co. wants to figure out how much the outstanding stock is worth on the open market. Because Kohler Co.'s outside investors were dissatisfied with the price they were given to buy back their shares, this is the target they've set for themselves. It's no secret that Kohler favored the idea of keeping his firm private as long as possible for a variety of reasons. The corporation has the right to withhold its financial information since it is a privately held business. 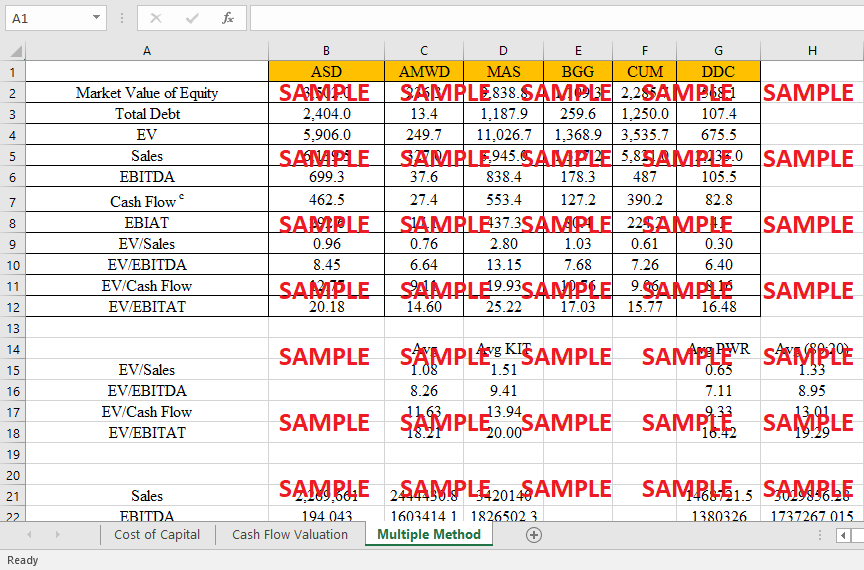 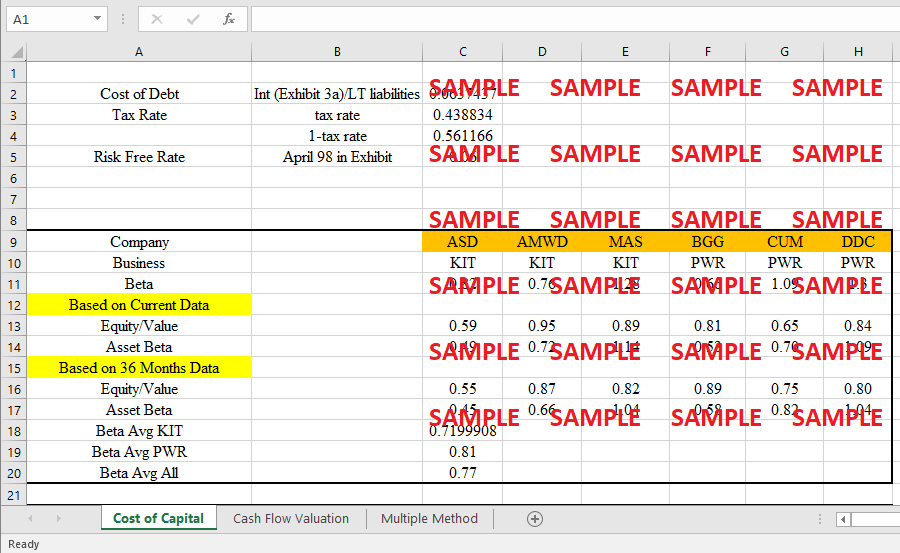 Case Analysis for Kohler Co A

1. Please value Kohler Co. based on Discounted Cash Flows (perpetuity growth and exit multiple) as well as comparable companies method taking into account any discounts due to liquidity or control.

2. Consider the motives of the key players:

Herbert Kohler had the intention of buying out the company's minority stockholders so that he could alter the ownership structure of the business. In point of fact, he advocated in 1998 that the whole company be recapitalized by buying out the outside shareholders and prohibiting the future sale of stocks to outsiders. This would have resulted in the corporation being closed off to new outside investors. His proposition was accepted by the committee. It is vital to keep in mind that Kohler has always favored private ownership above the media attention and stock market speculation that come with being a publicly listed firm. This is something that has been the case throughout the company's history. His argument is that the high share prices may cause family members to sell their holdings to outsiders, which might result in the family losing some of its control over the company. If he were to put his recapitalization plan into action, he would give family shareholders the option of selling their stakes in the company or exchanging them for a new special class of shares that cannot be traded with other investors. Either way, they would no longer be able to trade their shares with other investors. Both of these factors are necessary to understand Kohler's motivation. Taking the company private in the first place would allow it to avoid some regulatory obligations; it would also significantly reduce the possibility of confidential data being shared with competitors and of being taken over on the public market. Taking the company private in the first place would allow it to avoid some regulatory obligations. For one thing, he will have the peace of mind of knowing that the business will be passed on as a family heritage from one generation to the next.

b. What do the minority shareholders want? In other words, why are they bothering Herbert Kohler?

There are a variety of expenses connected with keeping this information secret. Minority shareholders have launched a lawsuit against the company. It's not only the legal fees and defense expenditures that might have a substantial influence on the corporation in this scenario, but also the danger of a trial and possible damages. While it's unlikely that Kohler Co. would hire an outside firm to handle its valuation, a publicly traded corporation does not have to worry about this since the price of a share is always being updated. There are several drawbacks to running a private corporation, such as a lack of financial resources to invest in various philanthropic organizations owned by the firm. It's clear that it has a long-term influence on the establishment of these pro bono foundations. Last but not least, we must take into account the possibility of a lack of ownership diversity on one side and the resulting reliance of the company on its owners for further money. Nepotism and management dependence may also be a worry in family-owned and tightly managed businesses. This can be perceived as an additional expense of keeping the firm private. Despite the expenditures, there are a number of advantages. As a result, Kohler will be able to keep all of the company's financial information under wraps, requiring just the tax authorities to see it. In addition, the SEC and its rules will no longer be an issue for him. As a result, he will be able to execute his own ideas more quickly and effectively, without having to justify every single expense. The price of the company's stock is the primary concern of minority shareholders. They feel Kohler has undervalued them by a factor of five and is seeking to acquire the whole firm for an unethical price.