Laurentian Bakery operates in the frozen pizza segment in the Canada Market. They have come across an opportunity to expand their operations to the USA by securing a contract with an American retail store. The company will need to expand its existing facilities in order to cater to this additional demand. The company has holistic criteria for evaluating capital expenditures. The company meets most of the non-financial criteria. However, it is not clear if the company will be able to meet the hurdle rate of 18% required on expansion projects. A detailed analysis of the cash flows associated with the project has been constructed. It is believed that the company will not be able to meet the hurdle rate. However, the WACC of the company is estimated to be much lower than the hurdle rate. It is believed that the project exhibits the average riskiness of the company, and it should be discounted at the WACC. If the project is discounted at the WACC, it produces a positive net present value. The project represents a significant opportunity to expand into the larger American market. Moreover, the existing plant has reached its full capacity, and it requires an expansion to meet future increases in demand. Therefore, it is recommended that the company undertakes the expansion project, as it provides a significant opportunity and is likely to add value to the company. 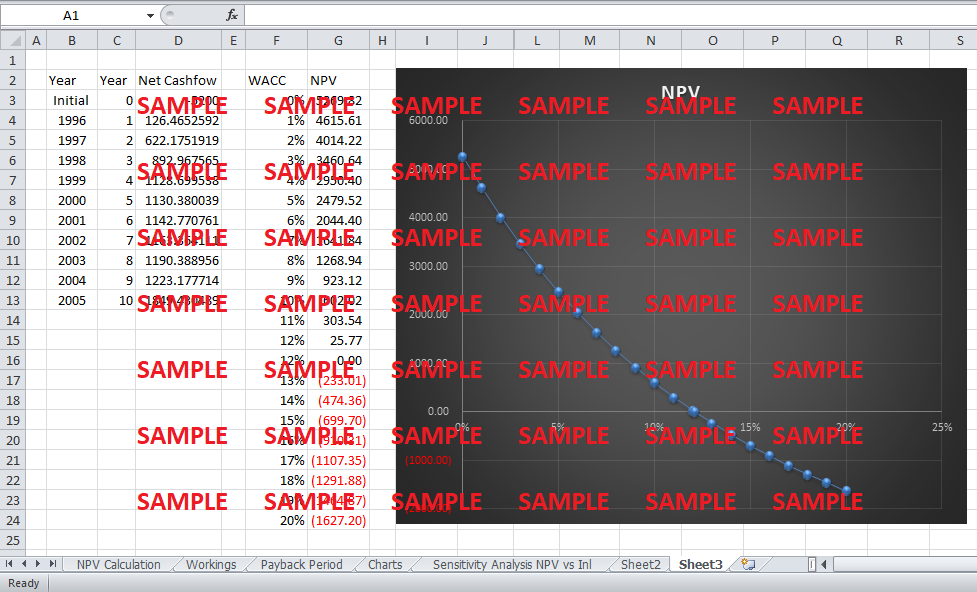 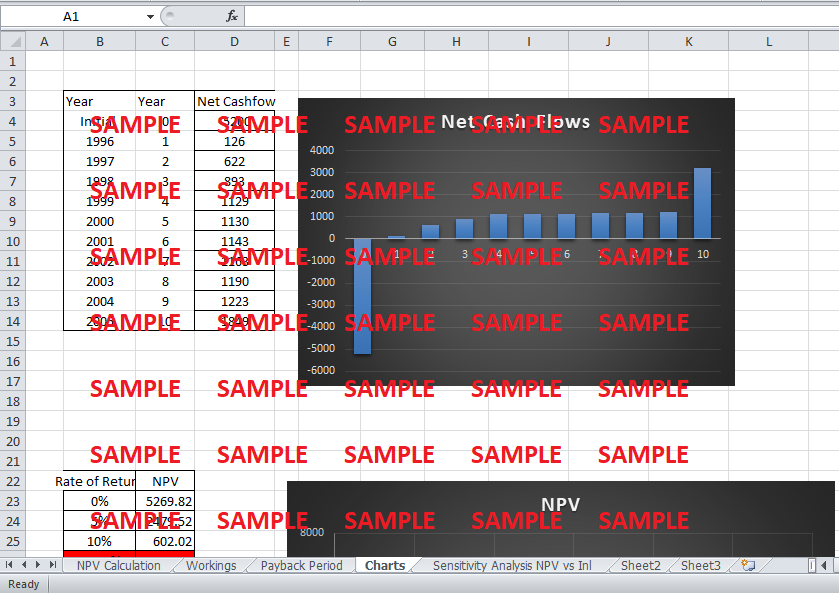 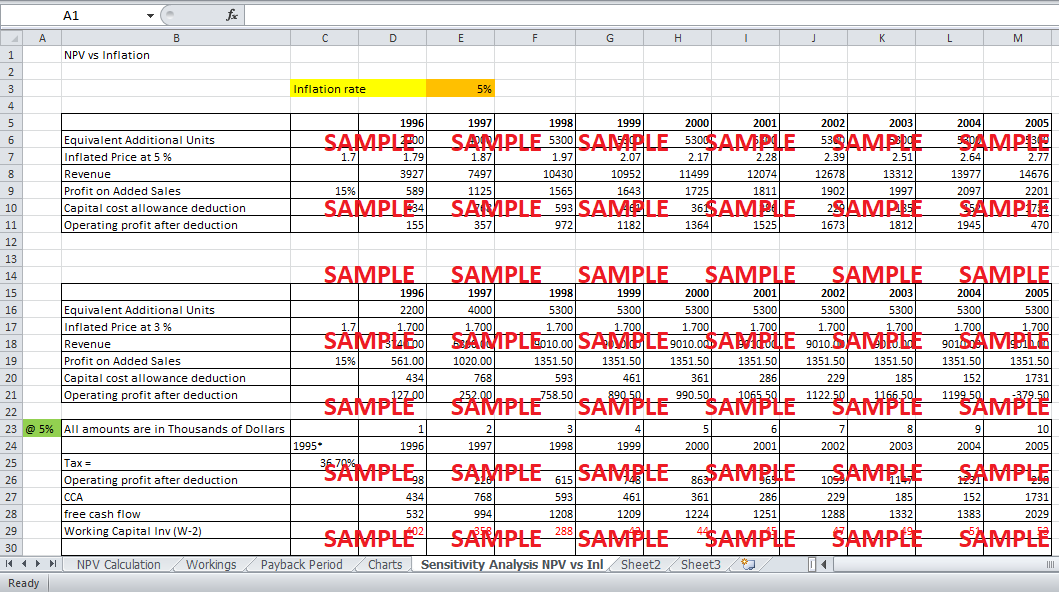 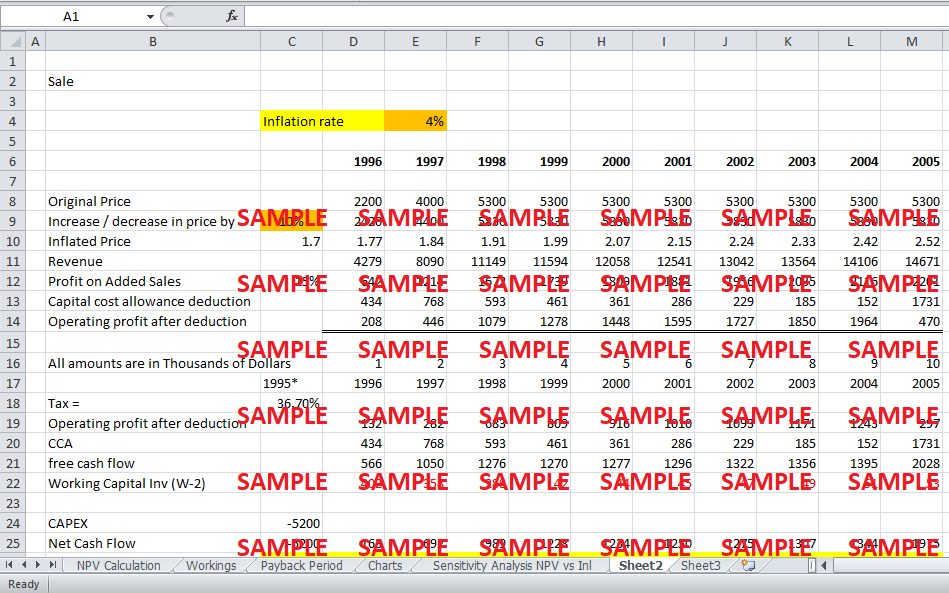 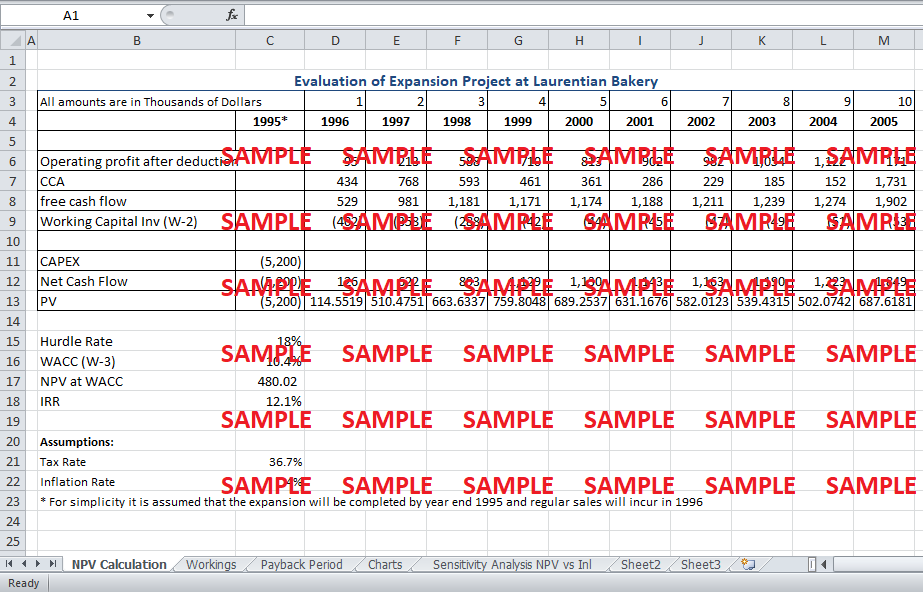 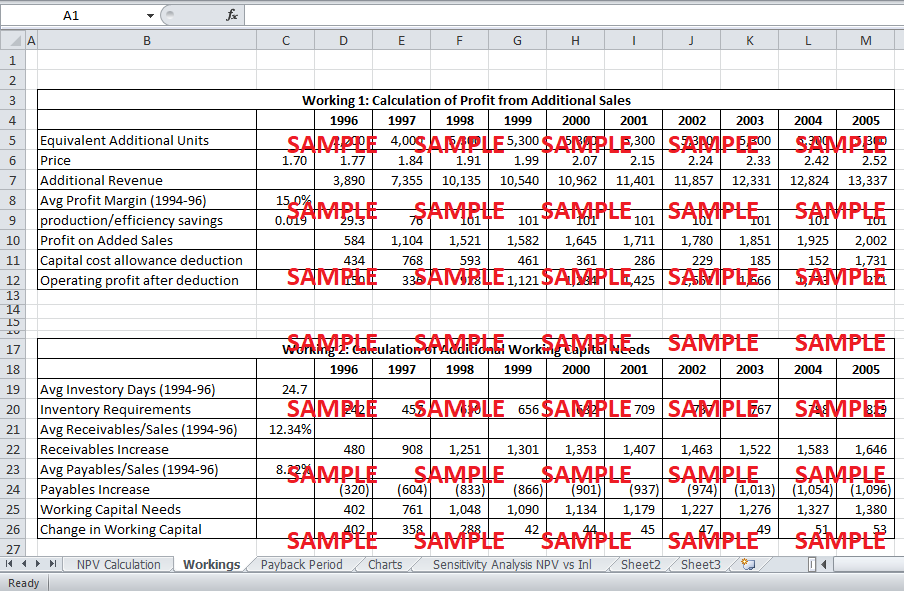 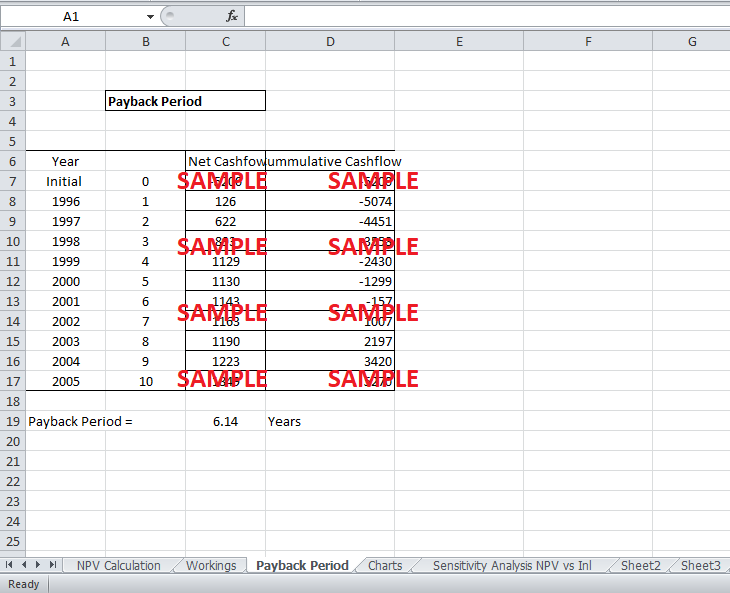 Laurentian is a Canada-based company that operates in the frozen pizza market. The company is the second-largest company in the frozen pizza market with a market share of over 20%. It focuses on producing low-cost and high-quality pizza and selling it through the retail channel. The company has focused on the concept of continuous improvement, and it strives to expand its business operations while maintaining efficiencies. It also considers the interests of all stakeholders and considers employee well-being and environmental impacts when making strategic decisions. The company has a comprehensive methodology in place that focuses on improved performance in the direction of the company’s long-term strategic objectives. The company is currently considering an expansion project for its existing facilities. The company has entered into a contract with an American retail chain where it should be able to supply the frozen pizzas across the border. The company would need to undertake an expansion of its existing facilities to facilitate the additional demand. The expansion provides a great opportunity as Laurentian will gain an entry into the US frozen pizza market, which is considerably bigger than the Canadian market. However, the expansion project needs to satisfy the capital budgeting criteria established by the company. The aim of this paper is to analyze the financial aspects of the expansion project and provide a recommendation.

The company had established multi-faceted criteria to evaluate capital budgeting projects. Apart from the financial cash flows related to the project, the expansion project also had to meet some other non-financial factors. The plant, proposing the project, had to show a commitment to the concept of continuous improvement adopted by the company. To show such a commitment, the plant had to meet its profit objectives. The project also had to be included in the long-term strategic plan. The plant met both these criteria as it had achieved its profit objectives and had included the proposed expansion of the plant after the company reached its operating capacity. The operating capacity had been recently reached. A proposed project also had to consider its environmental impacts and take measures to reduce any detrimental impact. It was believed that the expansion project also met this criterion as the project included the installation of an improved drainage system, better water management, and improved refrigeration coolant.

i. Assess the capital allocation policy at Laurentian Bakeries.

With regard to the financial considerations, it is important to include only the relevant cash flows associated with the project. The relevant cash flows are usually defined as the incremental cash flows that are dependant on the decision to undertake the project. If certain cash flow is not affected by the existence of the project, it should not be included in the calculation of the project. A particularly important consideration here is the sunk costs. Sunk costs are the costs that have already been incurred and cannot be reversed. Such costs are not dependant on whether the project is undertaken or not. Therefore, these costs are not incremental costs and should not be considered in the calculation of the project. For an instant, the $40,000 spent on securing the US contract is sucking costs. This amount is not recoverable even if the company decides against the project. Therefore, the cost is not dependant on the decision to undertake the project, and it should be ignored. The decision gets a bit more complex when analyzing the $223,000 in fixed salaries of the administrative costs. An argument could be made that a portion of the administrative staff would be working on the new facility and that cost should be appropriated to the project. However, salaries do not change if the project is undertaken. In fact, the decision to undertake the project has no effect on these salaries. Therefore, it could be argued that the salaries are not incremental costs associated with the project, and they can be ignored.

The situation gets different when deciding about the land that will be used to build a new facility. The land could be used for alternative purposes. In other words, there is an opportunity cost associated with the land. For instance, if the company chooses to decide against the project, it can choose to sell the additional land for $250,000. In other words, the company will be forgoing the $250,000 – from a potential sale of the land – by choosing to build the plant. Therefore, the $250,000 is sale proceeds is a lost opportunity that should be reflected in the cost associated with the project. Based on this reasoning, the opportunity cost of the land is added to the initial investment required for the project. Other components of the initial investment include $1.3 million spent on building expansion, $1.6 million spent on the spiral freezer, $1.3 million spent on the processing line, $600,000 spent on the construction of a warehouse, and an additional $400,000 for contingency needs.

5. Cash Flows from the Project

i. project’s cost of capital. State and explain the assumptions used

The attached spreadsheet shows the calculation of the net cash flow related to the project. The expansion project is expected to influence the cash flows of the company through a number of ways. The cash flows can be divided into four broad categories: the cash inflows from additional sales, the cash outflow for additional working capital requirement, capital expenditure & tax allowances, and cost savings. The calculations of each of these categories of cash flows will be discussed in detail.

The equipment is expected to be depreciated to zero in ten years' time. However, it is expected that the land, building, and warehouse would continue to be operational after ten years' time. The disposal value for these assets needs to be estimated in order to account for all of the relevant cash flows. Although the company is not expected to dispose of the assets at the end of ten years, the disposal of assets is assumed to assign a value to these assets for the purpose of the investment’s appraisal. The land and buildings are not depreciated and they are known to maintain their value over the years. Therefore, it may be reasonable to assume that the assets can be disposed of at their cost at the end of the project. The investment in working capital is also expected to reverse at the end of the tenth year, and it is added back to the cash flows. Using these cash flows, the net cash flows are calculated for each of the ten years.