Peter Grisham is a portfolio manager at an investment fund and as part of his strategy to include the new and growing sector in the portfolio, he needs to carry out an in-depth financial and non-financial analysis of Lenovo Group Limited. Various issues need to be resolved before embarking on the decision of including Lenovo in the fund. Non-financial features of the company need to be compared to its competitors. Above all, a detailed valuation analysis using both the free cash flow and multiple approaches are also crucial for arriving at the fair price of the stock. The financial features of Lenovo need to be compared to the key players of the market (it competitors). This report examines the valuation matrices and DCF analysis and makes precise recommendations as to why Lenovo might or might not be the most suitable option for an investment fund. 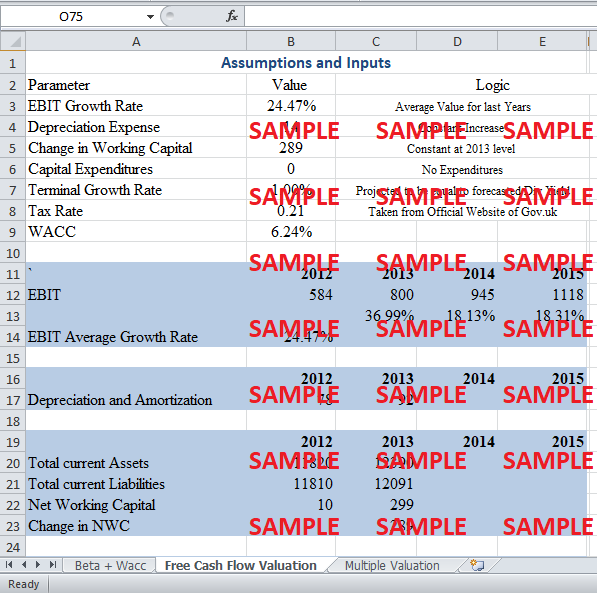 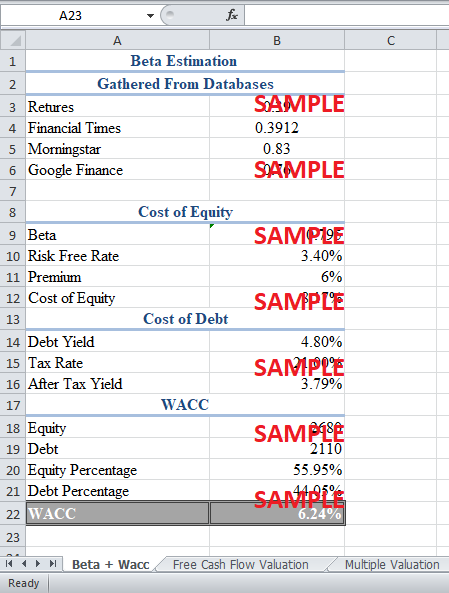 Estimation of Beta and WACC

The First step in the process of FCF valuation comprises estimating the beta of the company. The beta is defined as the covariance of the markets and stock return divided by the variance of the market returns. Lenovo is listed on the Hong Kong Stock Exchange. It is advisable that the analysts’ estimates of beta are examined in detail. For this purpose, the estimates of renowned financial databases including Reuters, financial times, Morningstar and Google finance are taken into account. Every database takes into account the different periods for calculating beta. The betas of Morningstar and Google finance are based on a 52-week period while Reuters and financial times utilize lesser period (Reuters, 2014) & (Finacial Times, 2014)&(Morningstar, 2014) & (Google, 2014). For this purpose, it is wise to stick to a 52-week beta because it is more depictive of the stock price returns. Hence, the average of the two betas (Morningstar and Google finance) is assumed to be the projected beta for Lenovo. Its value comes out to be 0.795. In the estimation of the WACC, the following points elucidate the calculations.

The following table depicts the calculations. The WACC stands at 6.24%.

The key assumptions for the valuation are listed in the following table.