The investment decision whether to buy the new DELTA machine or keep using the current MATRIX was analyzed by considering a lot of factors, after which the Net Present Value was calculated. The NPV came out to be -$4,449.94. This value was calculated on an incremental basis that would occur if the old machine were sold, and the new was invested in. Therefore, since the NPV has a negative value, it makes it an unworthy decision for Davidson to invest in the new DELTA as it is not at all profitable for his company (Willingers, et al., 2017). 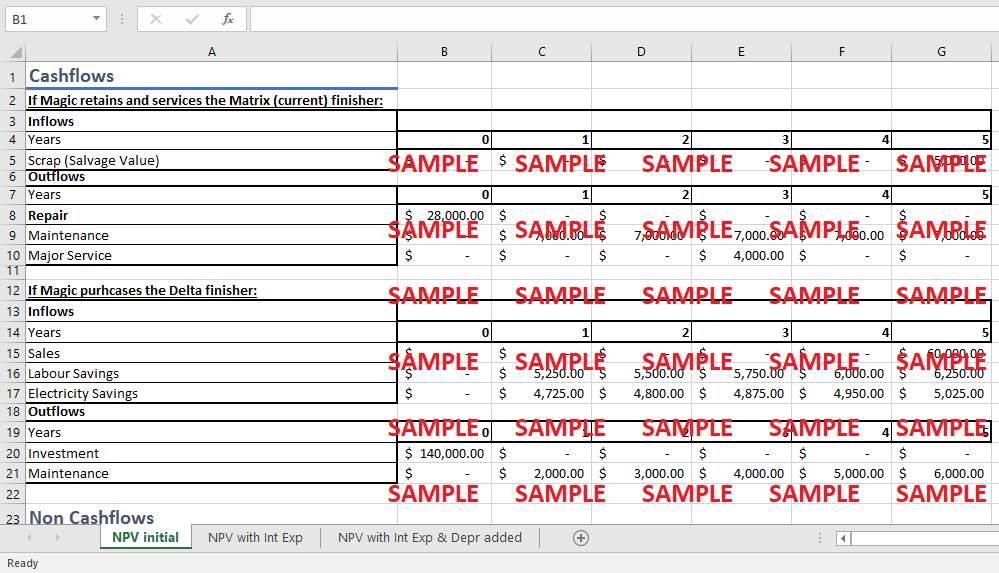 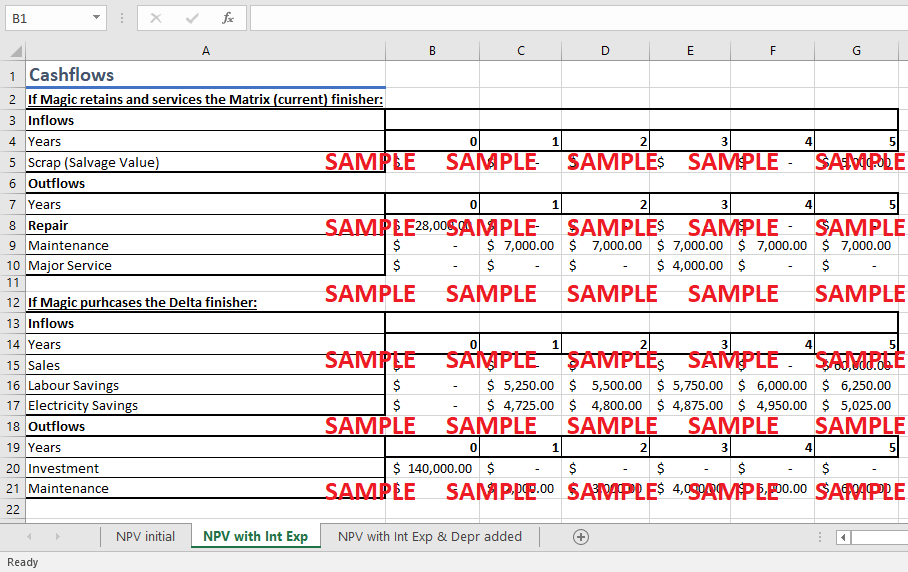 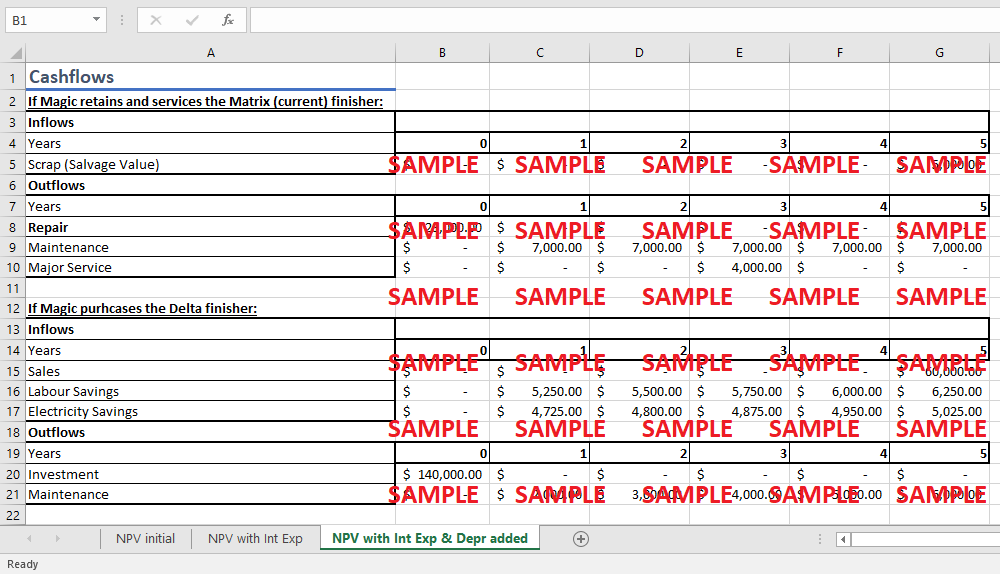 2. Critically assess the decision in relation to other factors that have not been taken into account in the NPV analysis that might have an impact on your decision?

Identify at least three factors along with a few sentences to explain their relevance.

Would any of these factors change your answer to question 1? Answer yes or no, and include three or four sentences to explain your decision.

In the above calculation for the NPV of the new investment proposal, several points have been left out, which, if included, would have a great impact on the Net Present Value.

Firstly, the interest expense on loan taken to finance the purchase for DELTA has not been accounted for. It is a cash outflow for Magic Timber and an added expense if it chooses to purchase the new DELTA. Hence, it will lower the after-tax income and hence the Cashflows, ultimately, which will lower the NPV of the project (ALMAZAN, et al., 2017). If taken into account, the NPV would be -$26,181.81, i.e., it would fall by another $22,000 approximately as can be seen below:

Secondly, another factor that was not taken into account in the initial calculation of the NPV of -$4,449.94 was the adding back of the depreciation expense for DELTA.