Amoco wanted to sell MW petroleum to Apache, and this acquisition was quite worth for the both companies. Amoco being a large company wanted to focus more on attractive and productive properties instead of the small properties with the high cost structure. On the other hand, Apache was quite good at the attracting the small- to medium-sized properties and making them cost efficient using its strategies. Aggregative MV reserves have been valued using the discounted cash flow approach. Proved Developed reserves already producing oil and gas, and are quite certain and hence are considered as assets in place. While the reserves including the proved undeveloped, probable and possible reserves carry real options, which have been evaluated using Black Scholes Option Pricing Model. This approach has been compared with that of discounted cash flow approach. Riskiness of these options has been discussed in all three cases. Timing of the exercising these options has been discussed to find out when Apache would be better off exercising or delaying the options. This acquisition with all the options along with other opportunities and exploration options look quite valuable for Apache to acquire and would also make a good value for Amoco. 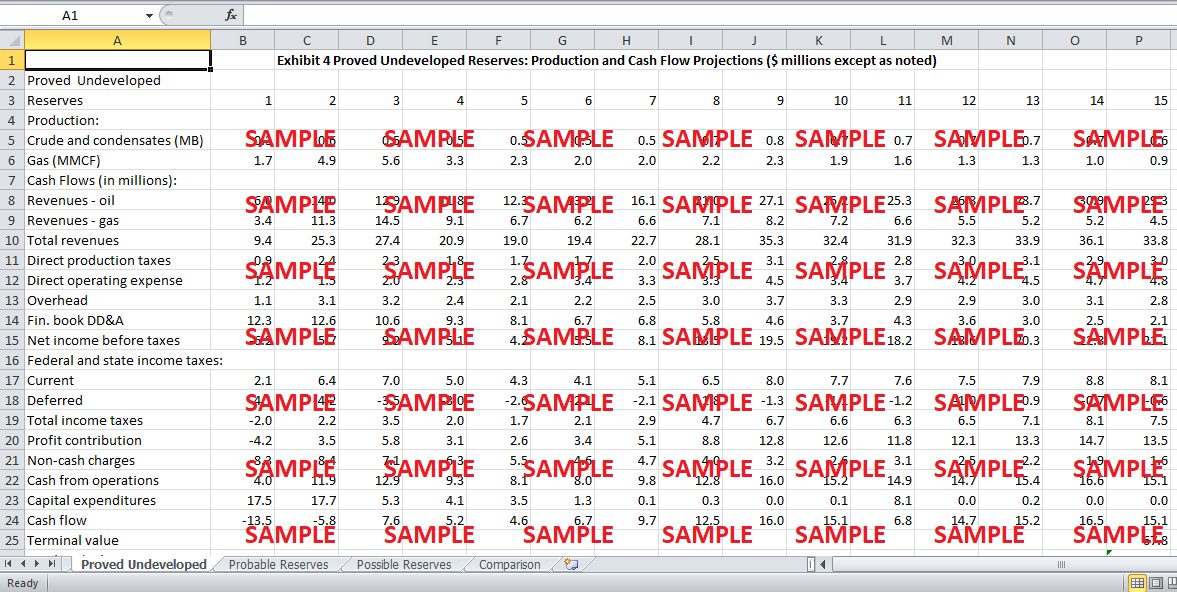 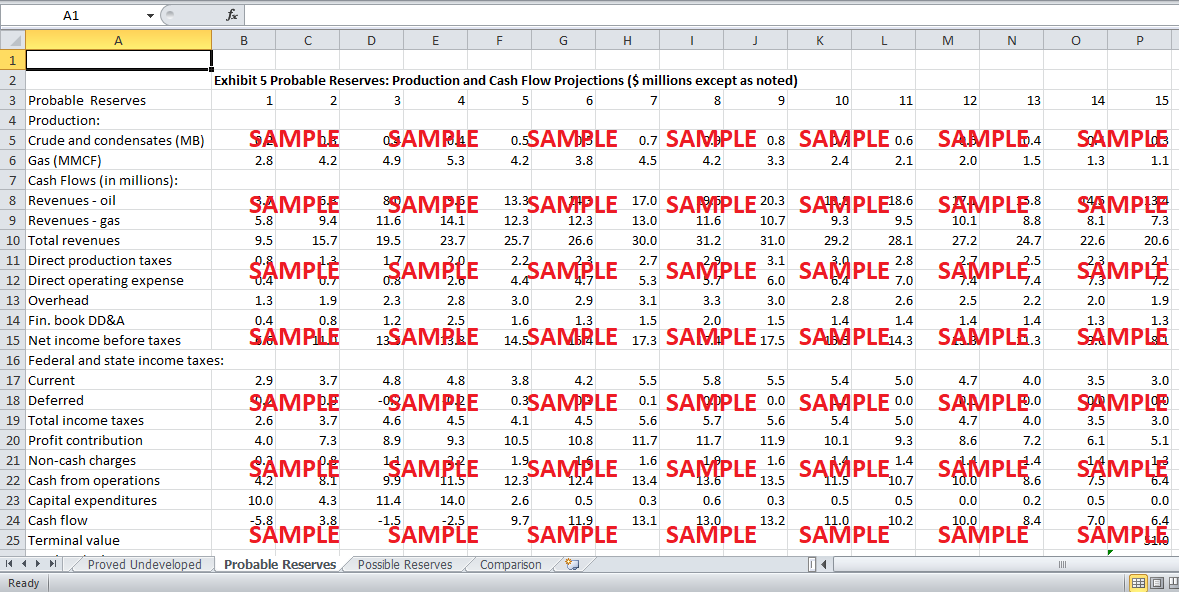 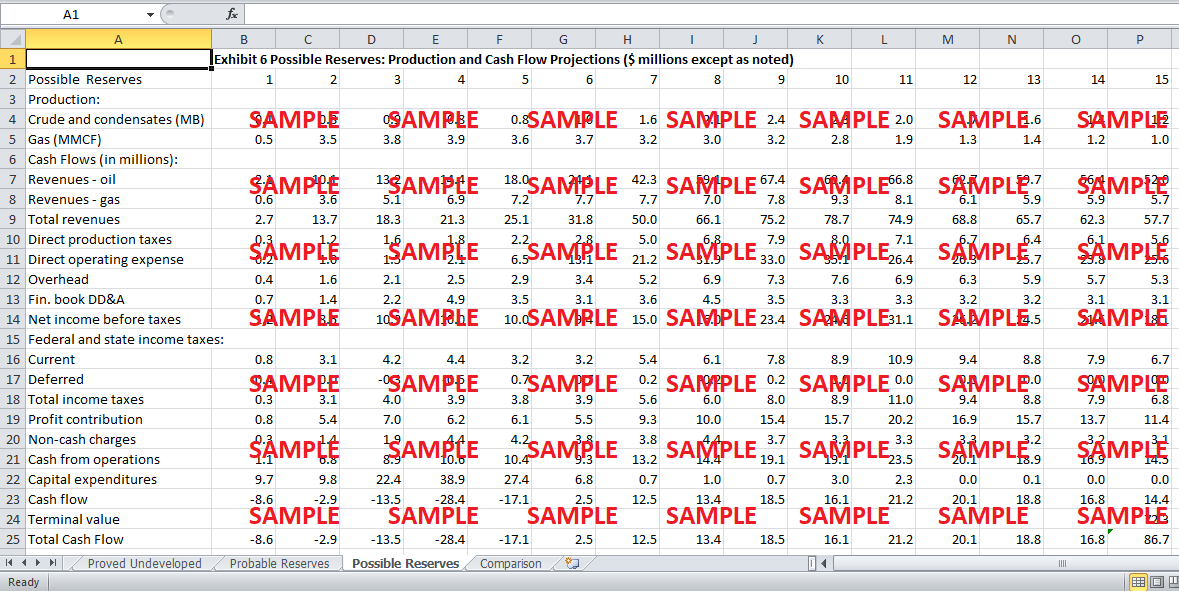 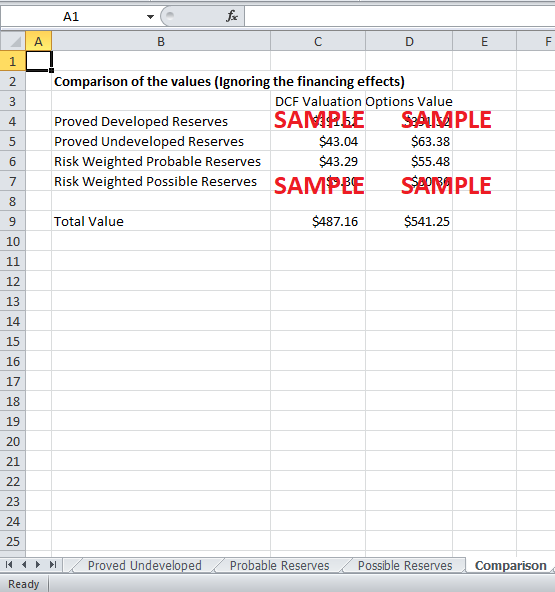 1. Evaluate Amoco's and Apache's corporate objectives and strategies. Is it reasonable to expect that the MW properties are more valuable to Apache than to Amoco? What sources of value most plausibly account for the differences in the buyer and the seller?

Amoco Corporation, the fifth largest oil company in US, had the strategy to consolidate and rationalize their productive assets while divesting those properties which could be run more efficiently by smaller and low cost companies in the period of low prices. It wanted to focus more on the attractive and productive properties. While, on the other hand, Apache was a low cost, an efficient company of small- to medium-sized properties.  It has a strategy of acquiring properties and designed a strategy to make it more efficient.

It can be said that MW properties were more valuable to Apache as it can apply its ‘rationalize and configure strategy’ here and make it more efficient. Apache would have more cost saving opportunities, better cash flows and diversification after this acquisition. Volatility of the cash flows of the Apache would be reduced as now after the acquisition it would be less dependent on gas. Reserves after acquisition would be increase, and now it would be able to decrease its costs more using its cost efficient strategies. This acquisition carries reserves with real options, which provide a great deal of value for Apache.  It also carries other opportunities and exploration options, which would be able to decrease its costs, increase the rate of the productions, increase well life, improve the production using the processes like recompletion, plug back, well-deepening, and repair. Hence, these options, along with future ability of flexibility in the decision making, provide a great value for Apache.

Amoco being a large company, cannot manage MW petroleum efficiently due to the high cost structure, it would gain value by selling it to Apache by striking a good deal to generate cash flows. Apache was a showing a promising expression as MW was quite attractive to Apache. Hence, both buyer and seller were going to generate positive cash flows through this transaction.

2. Structure and execute a discounted cash flow valuation of the MW reserves. How much are the reserves worth? Is you estimate more likely to be biased high or low? What are the sources of bias?

For discounted cash flow valuation, first of all unlevered cost of capital has been computed using the risk free rate of 8.03%, unlevered beta of 0.82, and risk premiums of around 5.5%. Using the BB bond yield of the Apache, 12.3% in Feb-91 and hence with risk free rate of 8.03%, unlevered beta of 0.82, risk premium has been assumed closer to 5.5%, which also represent historical excess returns over the risk-free rate. Unlevered cost of the capital comes out to be 12.54%. Total present value of cash flows discounted at discounted at 12.54% is $487.15 million.

To find the total worth of MV along its financing effects, APV method would be used. Along with the total value of unlevered cash flows, tax shield would be computed. As banks lending against oil and gas assets were typically 50% of the value of proved reserves; debt would be around $200 million as the total value of the proved reserves is $391.52 million. Coupon rate is 12.3% which is industrial bond yield of BB in Feb-91. Value of tax yield comes out to be $44.6 million using cost of debt of 12.54% and tax rate of 35%. Value of addition exploration opportunities is $25 million. Total value of the reserves comes out to be $564.01 million.

3. How would you structure an analysis of MW as a portfolio of "assets in place" and options. Specifically, which parts of the business should be regarded as "assets in place" and which as options? What kinds of options are present? Should this approach yield a higher or lower value than a discounted cash flow valuation?

Proved developed reserves can be regarded as assets in place as they are already proved and developed, and do not require much expenditure and development to make them operational. They can produce oil and gas. In this case, the non-producing wells can also be developed with a little expenditure.

These projects provide the certainly of generation of positive cash flows through projections, and also minimum level of prices is also quite known to Apache, and also Apache has the option not to opt for these options in case of volatile prices, it can be said that these options would have much higher value and overall, these would yield higher value as discounted cash flow valuation does not take into account the options and features embedded in the projects.

Calculations using the Black Scholes model prove that value of reserves with these options is much higher than that of using discounted cash flow options. Value through discounted cash flow approach is $487.16 million while, with real options total value of the MW is $541.25 million, ignoring the financing effects. Other options available are also other exploration opportunities which are worth $25 million along other opportunities including the processes which would improve and increase the production and decisions to explore the new opportunities.

4. How risky are the assets that underlie the options? How might estimates of volatility be developed? How much are these assets worth if valued as options?

Proved undeveloped reserves required estimated expenditures around the $35million over two years and minimal expenditures in future. So, probability for the development is quite high here, and we can link volatility with this probability and can be regarded as less risky assets. These assets are already proved, so uncertainty of the expenditures here is quite low. Projected production from these reserves is quite certain.

Probable reserves have some reserves, which are quite recoverable, but still provide with a quite uncertainty and hence are regarded as probable. These are risky assets with volatility which can be assigned in this case is around 50%. Possible reserves are quite speculative and quite risky. These reserves have less probability regarded the development and hence given a low probability of around 10%.

These reserves can be deferred for five to seven years. Options have been evaluated using Black Scholes Model.