In order for Netscape’s IPO valuation, the underwriters, Morgan Stanley and Hambrecht & Quist, considered some very idealistic situations which did not seem to have much room for uncertainty attributable to external factors. The assumptions made by these underwriters are very optimal for the company by providing a share price of $27.82, which is very close to the $28 share price that can help Netscape in raising an equity amount of $140 million by releasing 5 million shares into the market. However, in order to properly assess a firm’s value and the reasonable price for which its shares should sell, three various scenarios must be considered. 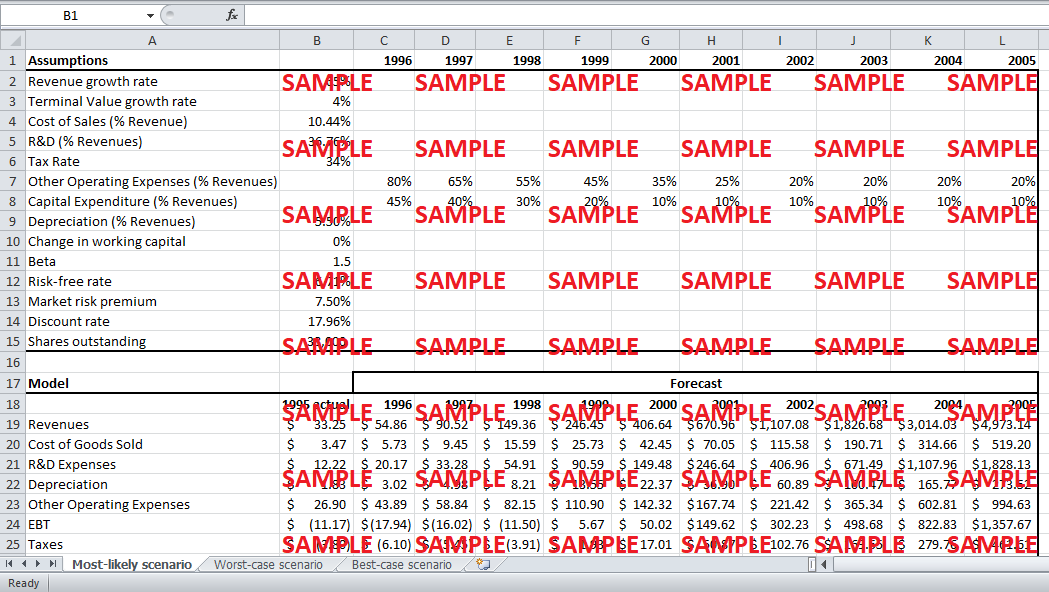 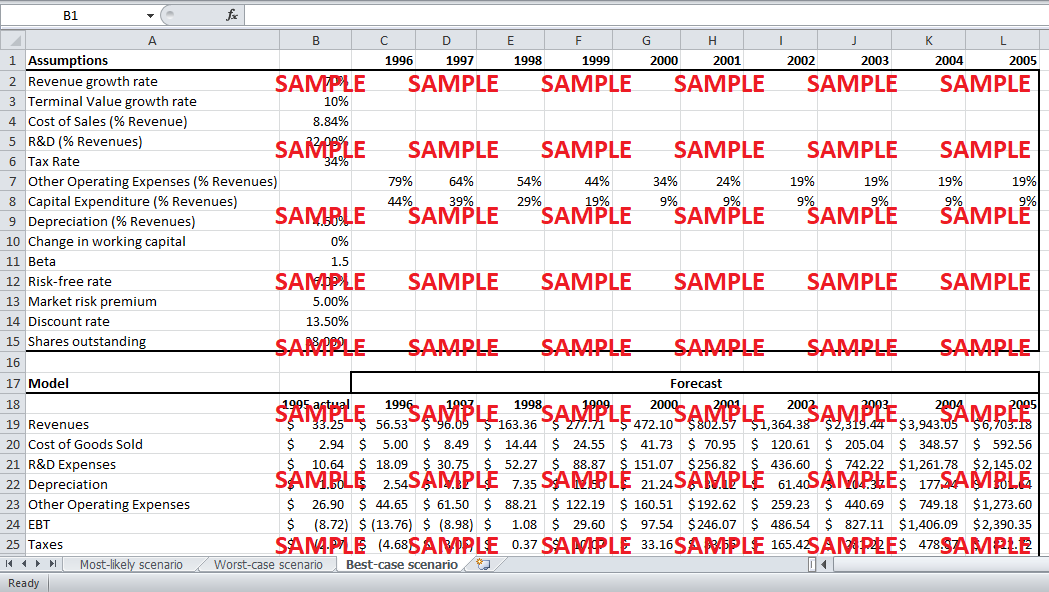 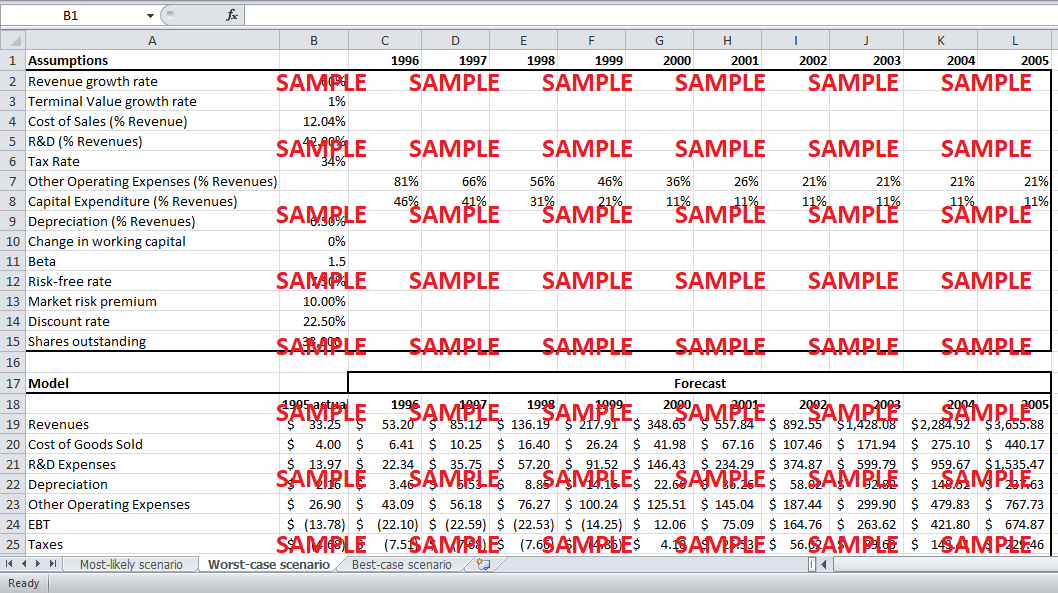 In this situation, the assumptions for Revenue growth percentage and associated costs would be as per the valuation done by the underwriters.

Figure 1 Assumptions under the Most-likely scenario

All expenses here are a percentage of the Revenues which are forecasted to grow at a rate of 65% per year every year 1995 onwards. If all external forces do not play a vital role in the firm’s IPO valuation, then the IPO offering at $28 per share makes complete sense as the calculated share price comes out to be $27.82.

However, due to the markets being imperfect and increasing pressure of external forces on the company’s operations, its Revenue growth rate is expected to deviate from the optimal value by approximately 5%. If everything goes South and the company is not able to perform as expected by the underwriters in the future, its Revenue growth rate can be 60% instead of 65%. Moreover, its Capital Expenditures and Other Operating Expenses (forecasted as a percentage of Sales) are also expected to be more by 1% from the optimal values. The Depreciation expense, Cost of Sales (as a percentage of Revenues) are also expected to be 6.5% and 12.04% instead of the optimal 5.5% and 10.44%, respectively. Finally, the values for the Risk-free rate and the Market-risk premium are expected to be 7.5% and 10% rather than the optimal 6.71% and 7.5%, respectively.

Figure 3 Assumptions under the Worst-case scenario

The reason why the worst-case scenario involves higher values (than the optimal values) for the above-mentioned line items is that the higher the expenses such as R&D, CapEx, Depreciation, Cost of Sales, and Other Operating Expenses have an adverse effect on the firm's Net Profit which would lead to lower FCFs leading to a lower Terminal Value and hence a lesser NPV which would result in a lower share price. The Risk-free rate and Market-risk are taken to be higher than the most-likely scenario since they'll result in a higher discount rate, which is used to discount the FCFs and would result in a lower NPV and hence a lower share price. Therefore, the worst-case scenario gives a share price of $3.27 for Netscape. Moreover, under this scenario, its negative FCFs turn positive 1 year later than the optimal scenario, i.e., in 2003 rather than 2002 in the most-likely case. Also, the maximum loss is now higher, i.e., $199.01 rather than -$172.28 in the first case. This tells us that this scenario is indeed, the worst possible for Netscape.