Efficiency ratios depict the capability of a company with which it employed its assets and equity. The efficiency ratios of the company are shown in Appendix E. The average asset turnover stands at 1.71. This means that, for last five years, one dollar invested in assets have produced $1.71 in revenues. This ratio is not that large, however, it is fair in the sense that its average is above 1. The average Inventory turnover is equal to 3.9. Debtor days tell us about the length of the account receivable period. In the case of Olam, the average debtor days are equal to 47. On the other hand, the average creditor days are 18. This is not a desirable position for Olam as it has to pay early to its creditors, and it receives lately from the debtors. This is putting an additional burden in the form of short term loans and interest payments. 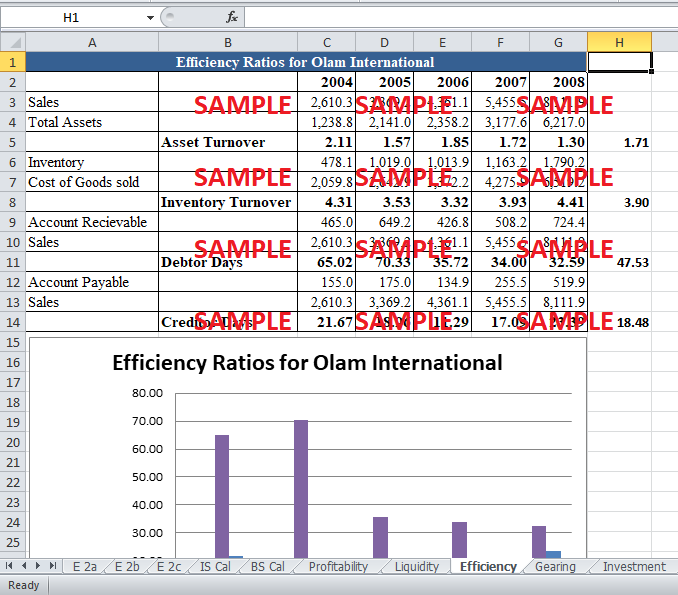 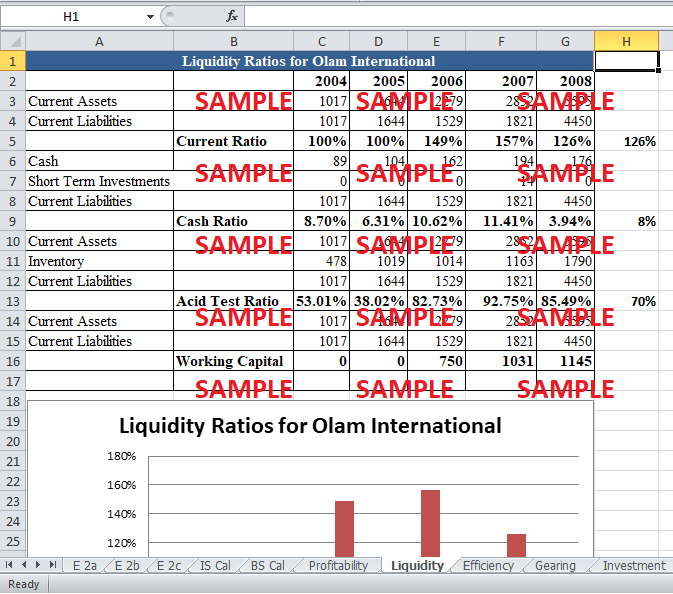 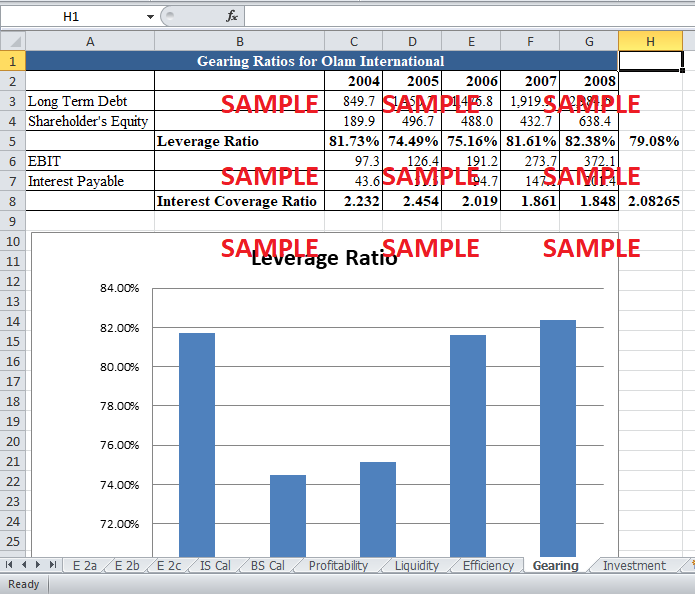 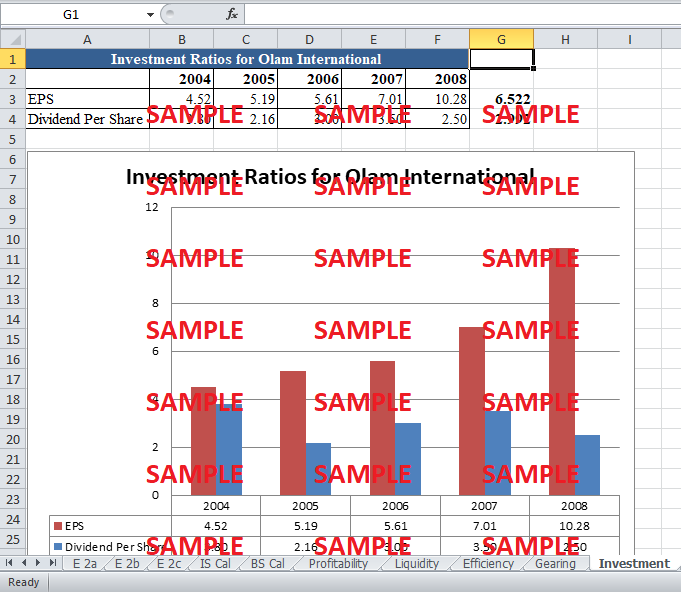 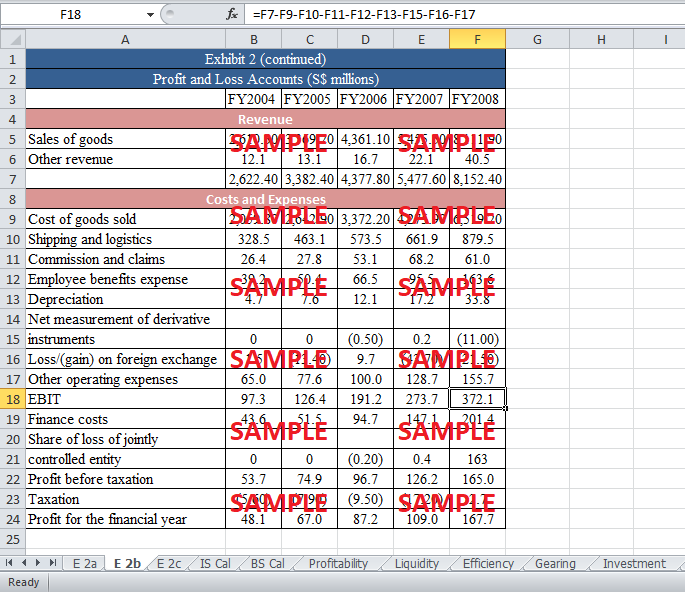 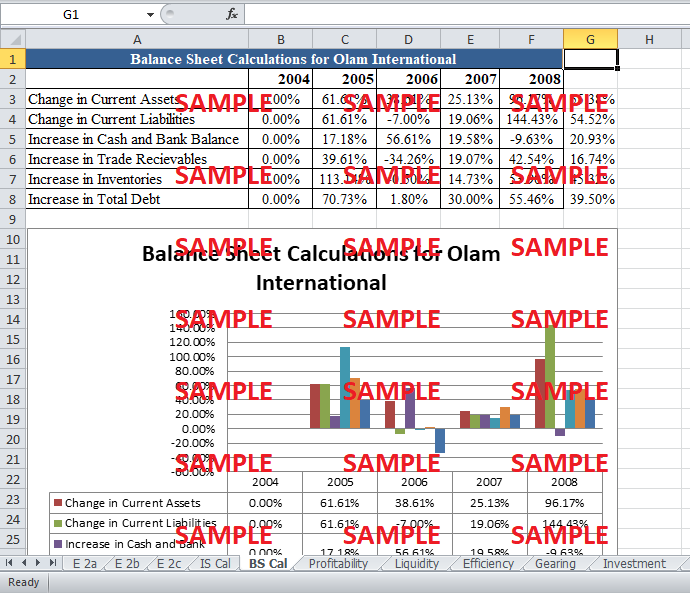 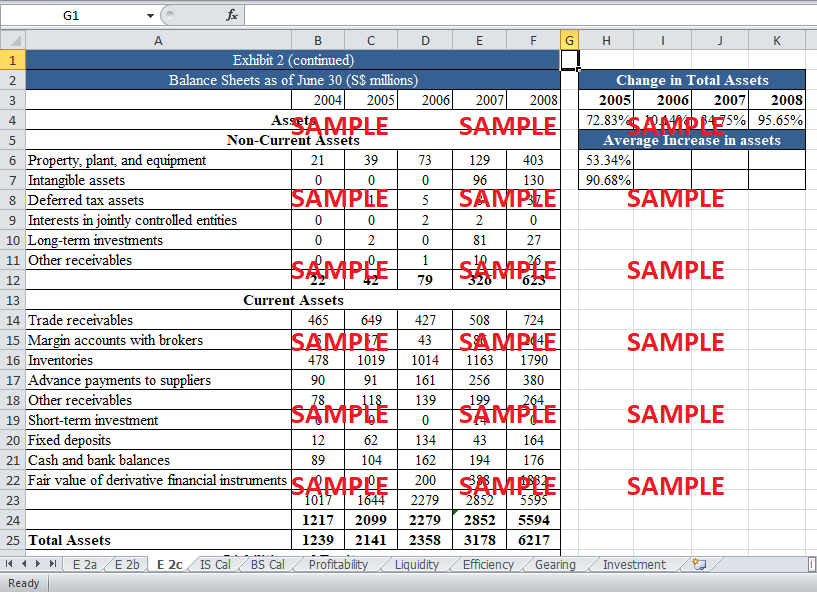 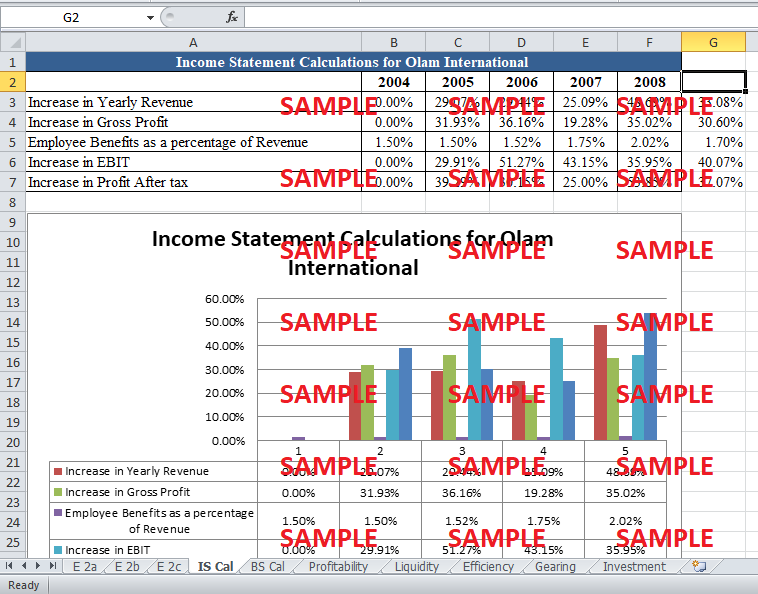 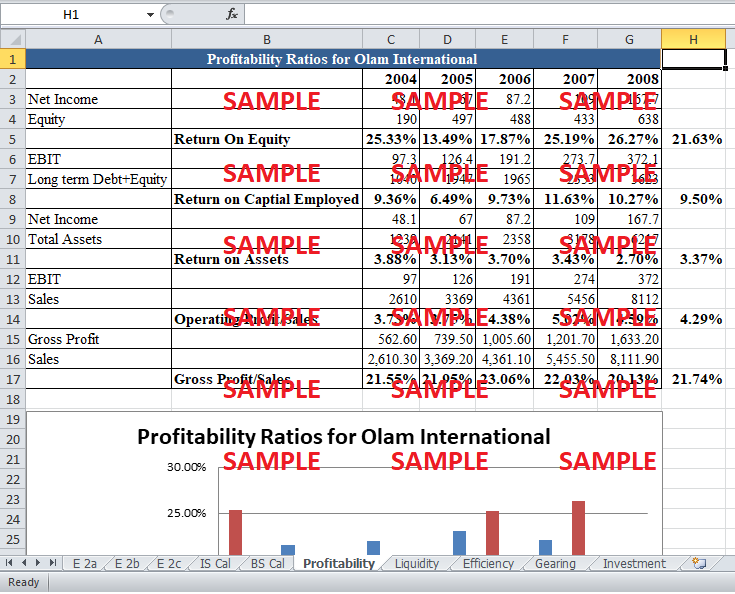 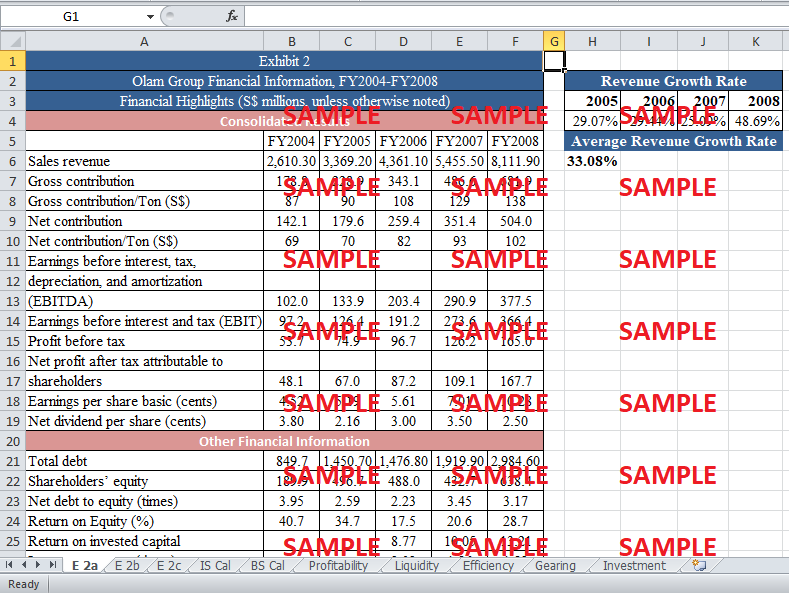 This report serves to analyze the financial performance of Olam international from the perspectives of two key components of financial statement, the balance sheet and the income statement. Firstly, these two components are analyzed individually without any external reference. Afterwards, a ratio analysis is carried forward that includes numbers from both the statements.

Income statement files and describes the sources of revenue and expenses for a company. Therefore, for the purpose of taking a close look at the profitability of a company, the analysis of the income statement is essential. Most of the times, investors are interested just in the income statement of the company because it shows the return earned by them. Let’s analyze the key trends in the income statement of Olam for the past five years. Appendix A depicts the graphical description of the results along with supporting values. During the last five years, on average, Olam’s revenues increased by 33%. There was not even a single financial year in which Olam reported a decrease in revenues. On the other hand, the fact the change in gross margin of the company has always been at par with the change in revenues, confirms that Olam has successfully managed its cost or production in relation to the revenue amount. One of the most important expenses listed on the income statement is the cash outlay pertaining to ‘employee’s benefits’. Unquestioningly it tells us what the importance of employees is. Olam’s employee’s benefits constitute a shallow fraction of the overall revenues. At the end of 2008 financial year, this value reaches at just 2.02%. Meanwhile, the earnings before interest and tax have increased tremendously in the five years. The average increase stands at 40%. With the exception of 2007, the net profit of Olam has always maintained an annual increase of more than 30%.

The trend analysis of the balance sheet is also vital as it tells us about the capital, asset and liability structure of any company. Even if a business maintains handsome profits, without a feasible and optimal mix of assets, liabilities and equity on its balance sheet, the company has a gloomy future. The graphical representation of the calculations pertaining to the balance sheet is depicted in appendix B. Current assets represent the liquid portion of assets that can be used to entertain immediate cash outlays. Therefore, it is vital to keep adequate current assets. By taking a close look at the balance sheet of Olam, it can safely be inferred that the business model and operations of Olam are ‘current assets’ dominated. In the year 2004, Current assets represented more than 95% of total assets, and the average increase of current assets in the next four year stands at around 55%. Current liabilities, on the other hand, have also rendered an average annual increase of 54%. The two major constituents of the current asset are inventories and trade receivable. At the end of 2004, Inventories and Trade receivable were 46% and 45% of total current assets respectively. Trade receivables have seen an average increase of 16% while, on the other hand, inventories have seen a humongous average hike of 45%. Total debt (both current and noncurrent) has also increased its value in the past five years. On average, it increased by 40%.

Ratio analysis is the basic and the most critical tool for accessing the performance of a company from multiple dimensions. In spite of the fact that it possesses some shortcomings, it is still considered as the most effective tool for estimating the financial performance. In regards to this analysis, the ratio analysis is divided into five sections. Every section will cater to some specific ratios. Let’s start with the profitability ratios.

i. Profitability ratios for Olam

The graphical representation of the profitability ratios is shown in appendix C. The two keys ratios in the profitability section are the ROA and ROE. The average return on equity for Olam is close to 21%. However, once central point should be kept in mind. The equity amount of Olam is very narrow in consideration with the total assets and total debt amount. Therefore, this small equity amount when used in formula generates a very high return. However, this is also important to note that the ROE illustrates an increasing trend after 2006. On the other hand, the asset base of the company is relatively higher than the equity amount. Therefore, the ROA is substantially low in comparison with ROE. The average ROA for last five years stands at 3.34%. On an individual foundation, this value is above the satisfactory level. The return on capital employed ratio is am supplement of ROE. It also takes into account the debt level. The Average ROCE is round 9.5%. The gross profit margin ratio of Olam has a stable trend of values that vacillate in between 20 % to 23%. This ratio depicts the pricing strategy of Olam is fairly solid in terms of margin contribution. The operating profit ratio’s average value is equal to 4.28%.