Phuket Beach Hotel (PBH) had an un-used space on the second floor of the main building. Plant Karaoke Pub (PKP) offered to sign a four year lease on this floor with PBH with a proposed rent of 170,000 baht per month. Mike Campbell, the manager of PBH, considered another alternative of opening Beach Karaoke Pub (BKP), a pub owned by PBH itself, for six years on the un-used floor. Hence, the two projects are mutually exclusive. The projects involve different initial capital expenditures and result in different operating cash flows. An assessment of the different costs and benefits is required to determine the financial and economic viability of the project. For this purpose, the projects are evaluated and ranked using various analyzing tools such as payback period, internal rate of return, net present value, profitability index, and equivalent annual annuity. 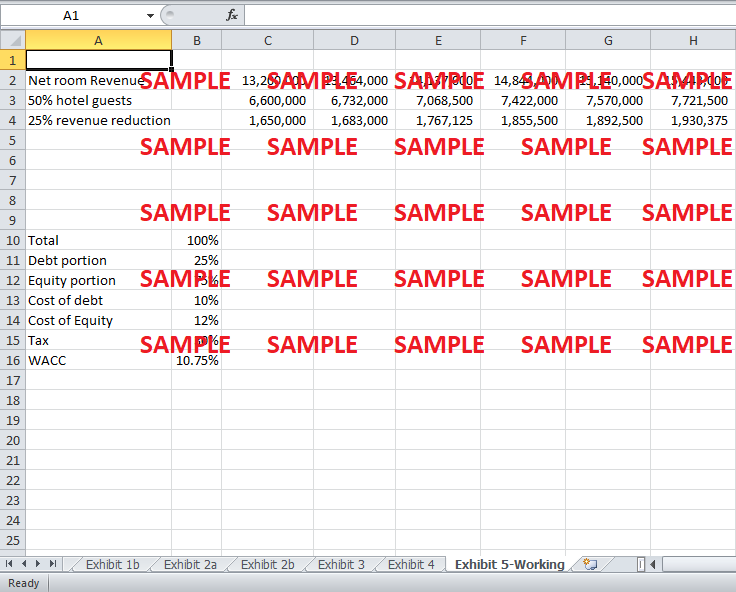 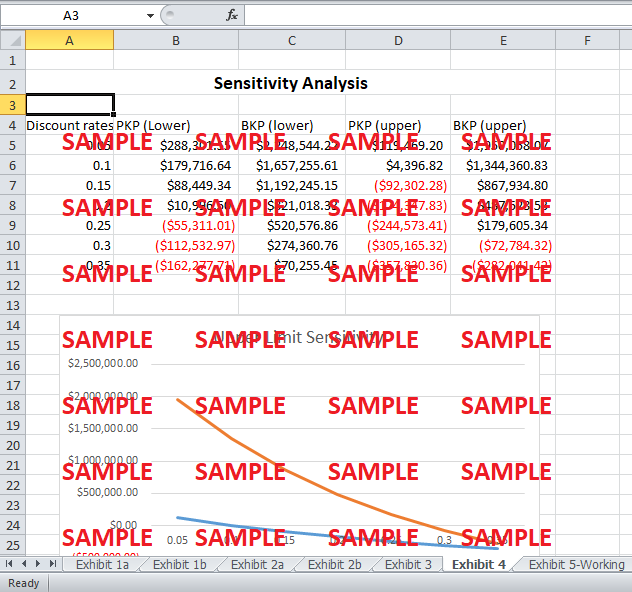 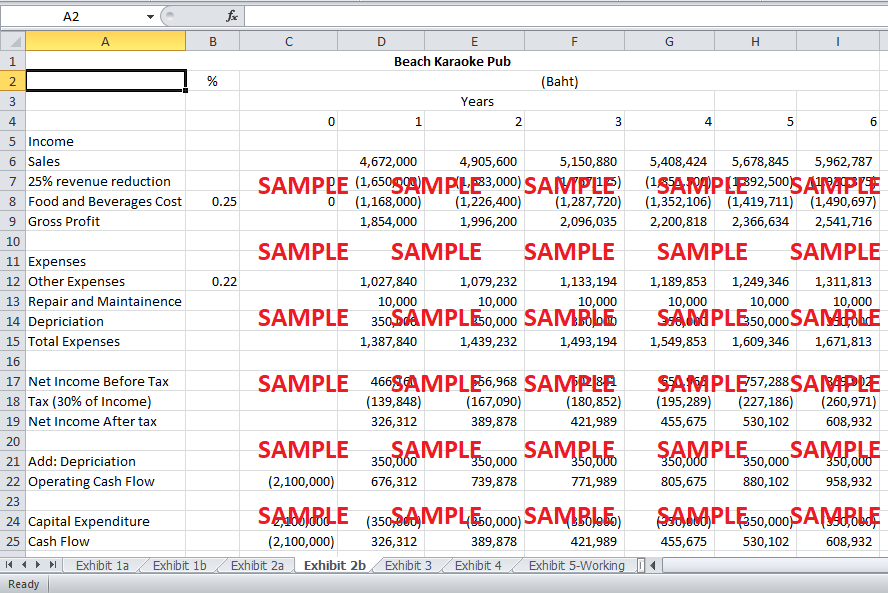 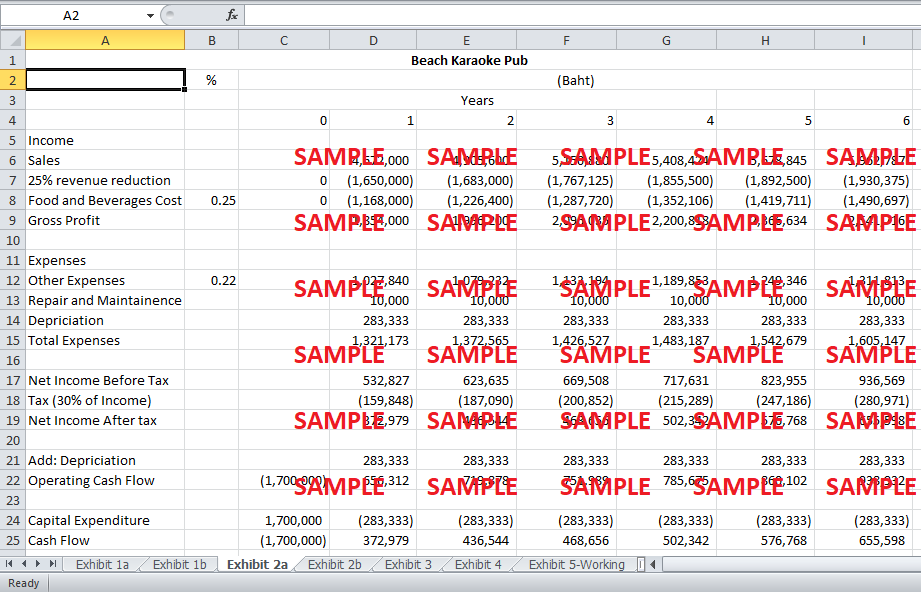 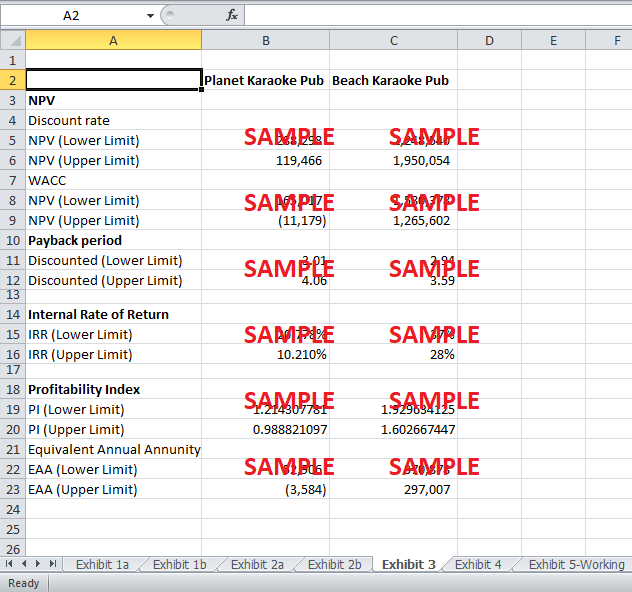 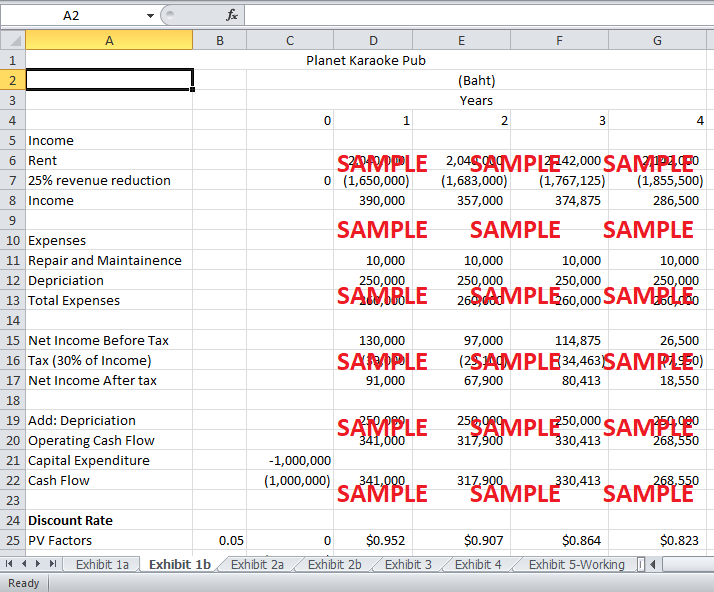 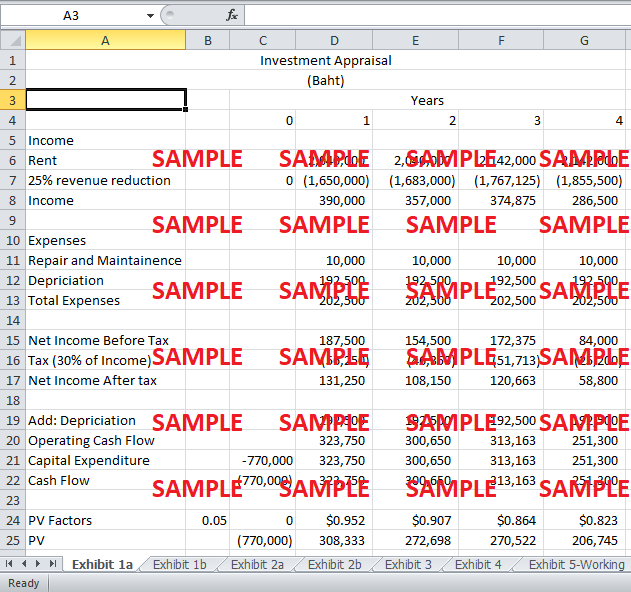 PBH, for both projects, will have to bear the repair and maintenance costs of 10,000 baht per year. Similarly, the opening of the pub will increase the security problem for the firm and lead to negative publicity for tourists travelling with children. Hence, this will result in loss of total patronage of the firm. This loss is difficult to quantify. However, it is estimated that the loss of approximately 25% of room revenue earned from hotel guests.

2. What is the appropriate discount rate for discounting the incremental cash flows?

Therefore, for the analysis, the weighted average cost of capital (WACC) is used as the discount rate. PBH has the capital structure of 75% equity and 25% debt. The owner cost of capital is 12%, and the cost of debt is 10%. Using a tax rate of 30%, the WACC is calculated to be 10.75%.

Exhibit 2 shows the analysis of Beach Karaoke Pub’s cash flows. The initial investment for this project ranges from 1700,000 to 2100,000 baht. Again two scenarios are created where 1700,000 baht investment is assumed for the upper limit (UL) of cash flows and 770,000 baht investment for the lower limit (LL). The Net Present Value (NPV) for upper and lower limit, using WACC as the discount rate, is 1,580,378 and 1,265,602 baht, respectively. This clearly shows that when compared the NPV of BKP in both the upper and lower limit of cash flow are considerably higher than that of PKP. Also for PKP, in the UL scenario the NPV becomes negative which shows that PBH will not even be able to recover its initial investment if it spent 1000,000 baht for leasing.

The internal rate of return (IRR) determines the discount rate at which the investment break-evens i.e. the NPV equals zero; the higher the IRR the less risky the project. A high IRR shows that unless the discount rates are that high the firm will make a profit. The IRRs of BKP for both UL and LL scenarios are very high. This shows that BKP will generate profit until the discount rate is below 28%. IRR for KPK LL scenario is also high at 20.778%. However, the IRR for UL scenario is below the WACC calculated. Therefore, BKP is a safer and more profitable investment.

Equivalent annual annuity (EAA) is another approach used in capital budgeting to compare mutually exclusive projects with unequal lives. It calculates the equal annual cash flow, like an annuity, generated by an investment project over its operating period. The project with a higher EAA is more profitable. Exhibit 3 shows that BPK in both scenarios have significantly higher EAA than KPK. Hence, according to EAA approach, building BPK is a preferable investment for the firm.