Playa Dorada Tennis Club is a part of Playa Dorada Beach and Resort. Due to continuous increase in visitors and construction of new villas the management is facing a shortage in capacity and a challenge to increase the capacity. Moreover, with limited land to construct new courts it needs to purchase new land, which will add hugely to the fixed cost, as well as, operational cost of the firm. However, since the firm markets to customers on the basis of tennis, enhancing the court capacity is of prime importance for the future business of the Resort 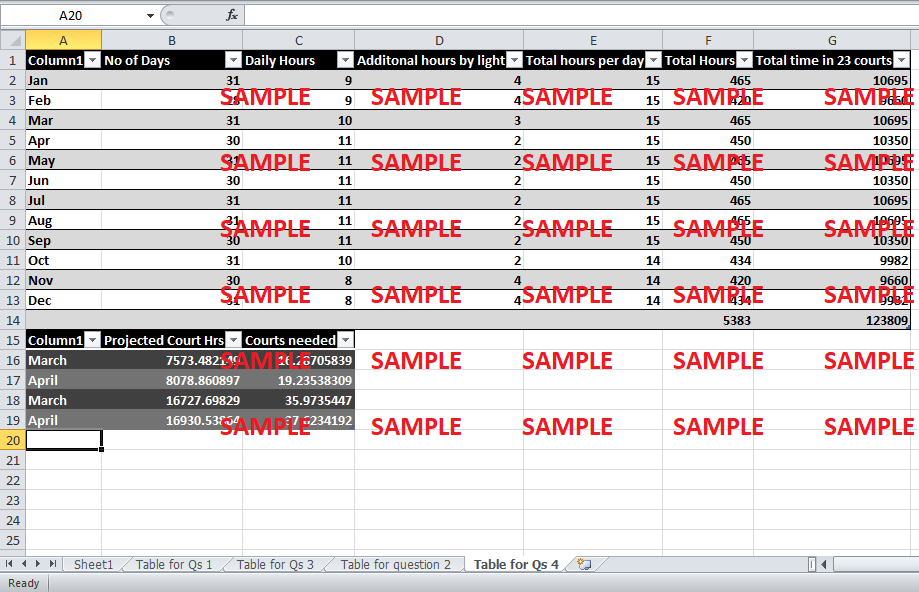 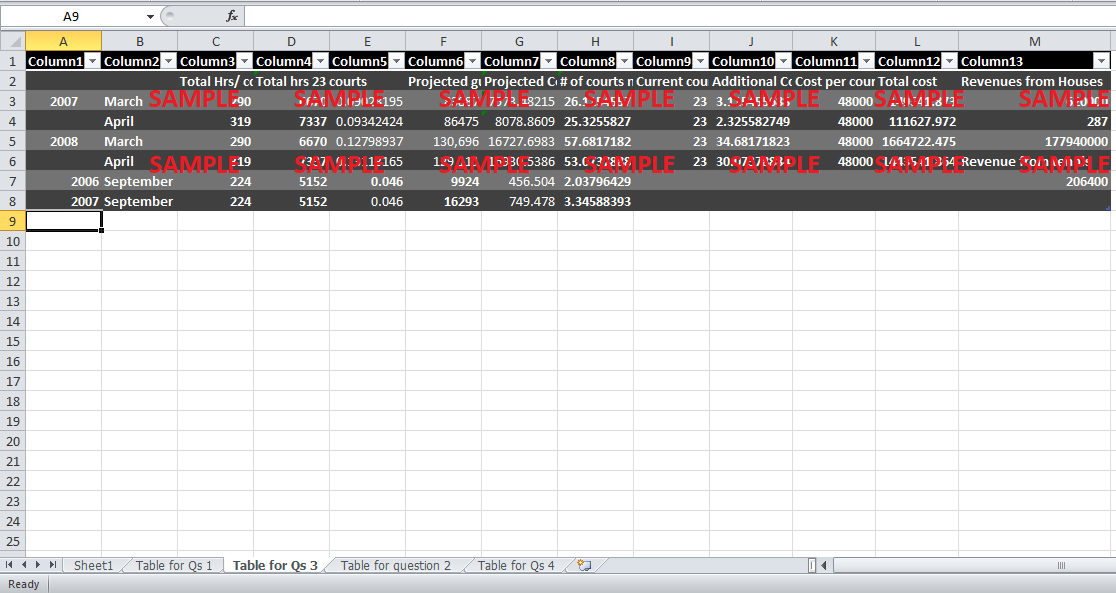 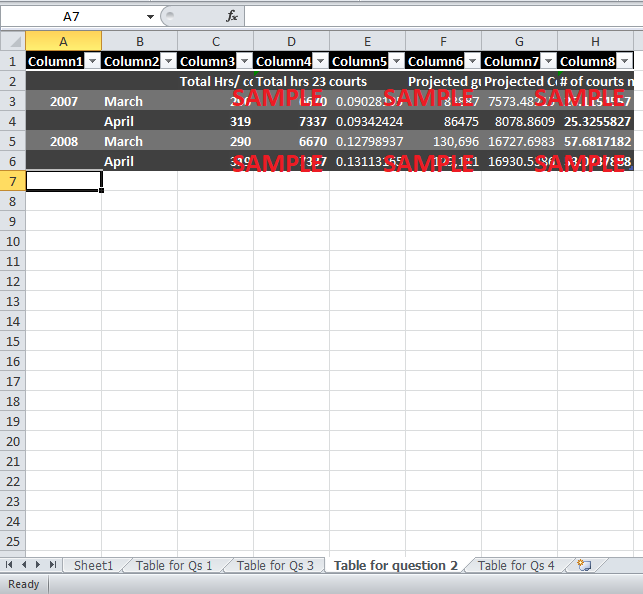 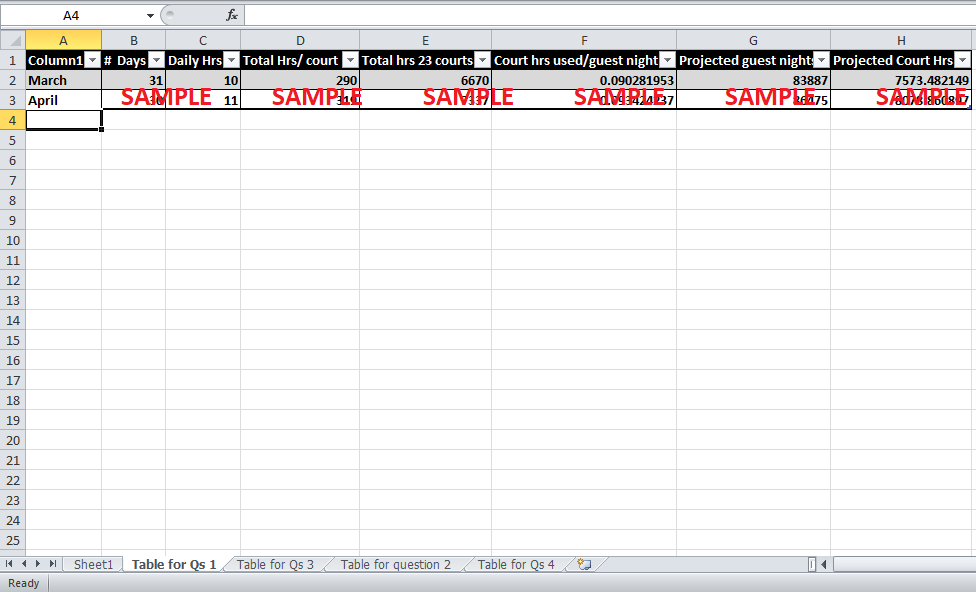 1. Do you agree with Douglas Hall’s assessment that March and April of 2007 will find PD tennis at capacity? Show some supporting calculation.

Douglas hall’s assessment is right in the sense that the tennis courts do not have the capacity to entertain the guests for the month of March and April 2007. Over the years, there has been a significant increase in the number of tennis players and visitors and it is expected that in the current year customer inflow will increase significantly. This is due to increasing interest by the holiday visitors and due to construction of new villas. Moreover, the number of hours spent by the visitors playing tennis is expected to increase this year. I have estimated the ‘courts hour’ used over ‘guest night’ figure for the month of March and April, and they turn out to be 0.09 for both months. This figure was estimated by averaging out the difference between the previous year’s months on month growth in the average tennis hours used by the visitors.

According to the following table, I have assumed that for 2007 playing time, temperature and precipitation will remain constant as there are minor changes in these figures. Thereby using previous years hours, guest nights and projected guest inflow for 2007, I have calculated the projected hours. Then by multiplying by 23 we found the total hours available for both months. It is evident that in both the months, the projected hours are greater than available hours. Therefore, it shows that there is an imminent need to find alternatives in order to cater the guests and maintain the resorts reputation.

2. Forecast the number of courts needed in March and April of 2007 and 2008. (Assume the growth rate remains the same). How do these requirements compare to the present capacity?

The table below shows the number of courts required if the demand grows at the continuous pace while the increase in number of hours per time also increases by the same figure. In this calculation, we have assumed that the daily hours will remain the same and that there will be no additional lighting facility to increase the timings. Furthermore, the days missed due to bad weather are also held constant for both 2007 and 2008. Lastly, the midday temperature and precipitation are considered as exogenous factors.

As evident in the table below, the current number of courts is not sufficient to cater the demand for March 2007. There will be a requirement for 3 additional courts immediately to cater the visitors in March. Furthermore, the next year there will be a requirement for an additional 33 courts. Therefore, in the current capacity the firm cannot fulfill the demand of visitors and should take actions on an emergency basis to fulfill the deficiency.

3. Should additional courts be built? Develop an economic justification for your answer?

According to the table below, there is an imminent need for construction of new courts and to find alternatives whereby, the number of hours the court is available is increased. In light of the increasing demand, the number of courts required for peak season ranges up to 57 for the next year. Since most of the visitors have already complained about the lack of availability of the courts; therefore, in order to retain them and increase demand further, new courts should be constructed.

As given that the resort markets on the theme of tennis, the maintenance of this facility is crucial for the overall profitability of the resort. Secondly, it is evident that customers prefer to stay longer during the second visit, which highlights the importance of the facility. First time, visitors just use swimming as a major time pass since it is a beach resort. Hence, on their second visits the number preferring tennis is 26.6%, which is second to golf (29.2%).

Overall the total cost for the construction of the courts without land will be 1664722 which is 0.009th time the revenue generated by selling 287 new villas at the average price. Furthermore, by dividing tennis contribution with this cost shows that in eight years, the break even can be achieved. The club does not solely need to concentrate on ‘building 37 new courts’ in lieu of increasing demand. Hence, putting on lights will also bring down this demand of new courts.