Productos Finas is a Spanish operating and holding company whose president is concerned about implementing IFRS laws regarding consolidation. The consolidated statements for the group are prepared, and inter-company transfers are eliminated. Moreover, the comparison shows that the entire group is better off which is evident by the working capital and profitability ratios calculated. On the other hand, the activity ratios revealed that the working capital cycle is longer for the consolidated group as compared to Company P individually. Also, the effect of closing inventory regarding unrealized profit has been calculated, and the adjustment being made. 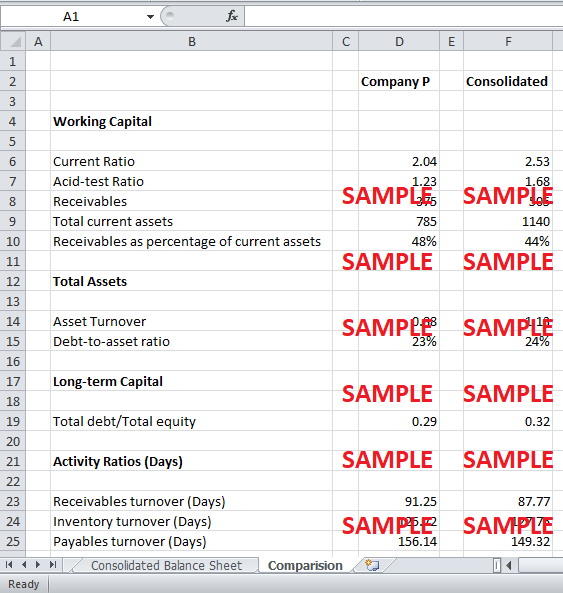 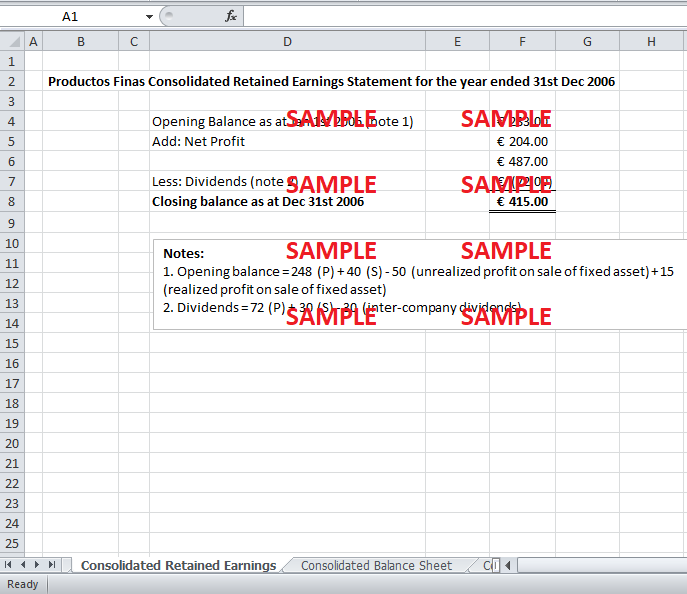 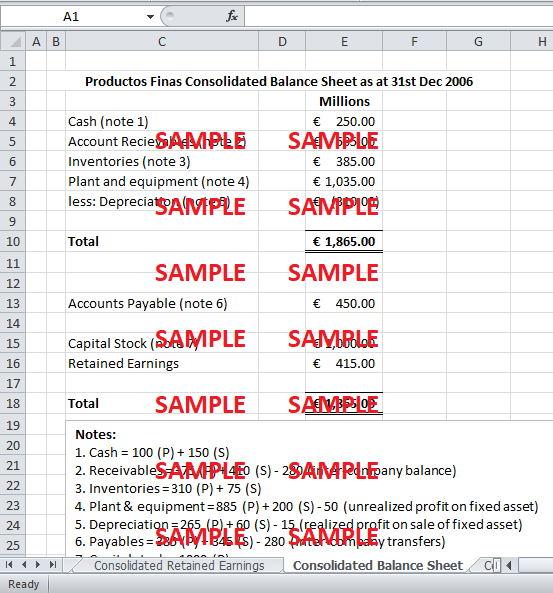 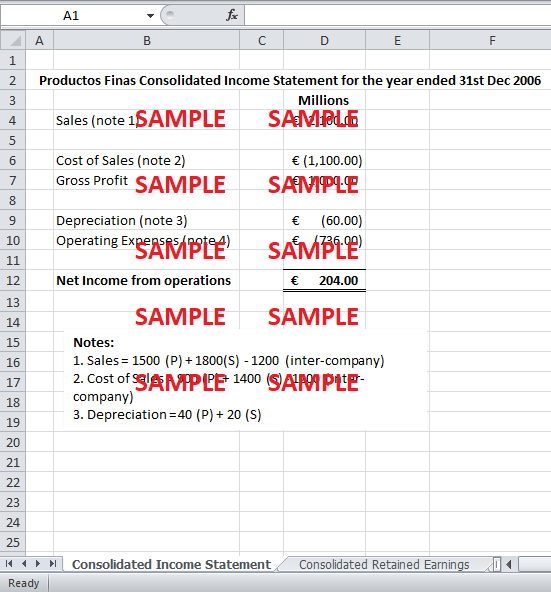 2. Compare the financial condition of company P on an unconsolidated basis with that presented by the consolidated statements. The chief accountant planned comparison included computation of

Furthermore, the asset turnover ratio of 1.13 of the group is significantly higher, in comparison with the ratio of Company P’s, on the individual level, which is 0.88. The ratio shows that the group, on the whole, is better utilizing its assets to translate them into sales. Moreover, since Company S focuses on marketing Company P products, therefore, it is worthwhile to note that Company S has completed its job i.e. it has increased sales. Moreover, even though the companies do not acquire long-term debts, it is still important to look into the capital structure of both companies. Here, both companies do not contrast with each other significantly as Company P, individually, funds 23% of its assets through short-term debts whereas the group also funds 24% of its assets through short-term debts.

Similarly, the debt to equity ratio did not show any differences between Company P, individually, and the group. The debt-to-capital ratio of Company P is 0.29 whereas for the group it is 0.32. The slight difference between the two figures is due to the increase in accounts payable while consolidating with Company S.

3. Compare the profitability of company P on an unconsolidated basis with that shown by the consolidated statements.