Assuming the firm was 100% equity financed, the cost of capital is calculated via the Capital Asset Pricing Model (CAPM). The equivalent beta for CAPM was taken to be the same as that of the competitors (Kramer.com and Cityretrive.com) which were 1.50. Using a Risk-free rate of 5% and a market premium of 7.2% the cost of capital comes out to be 15.80%.

The annual projected cash flows were calculated as (EBIAT + Depreciation - CAPEX) and are shown in the attached excel file. The terminal value was calculated by the Gordon Growth Model, using the unlevered cost of capital, and the growth rate was assumed to be 5% as given in the Sampa Video case. The terminal value came out to be $4,812,500. 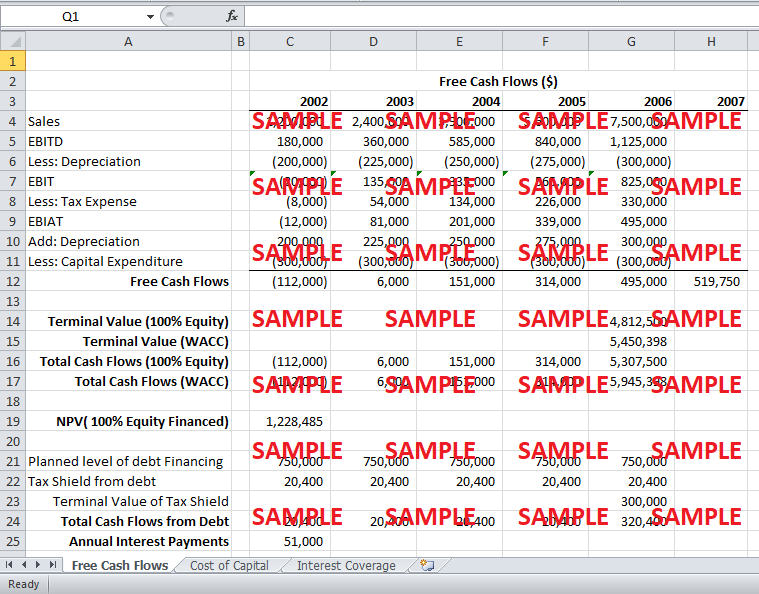 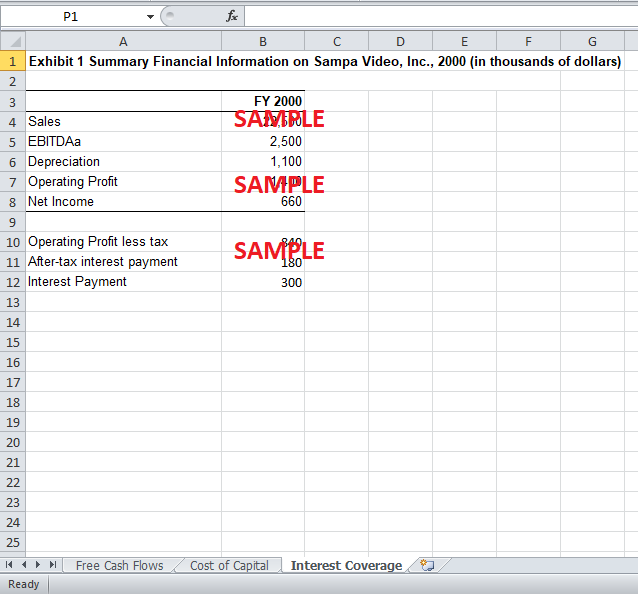 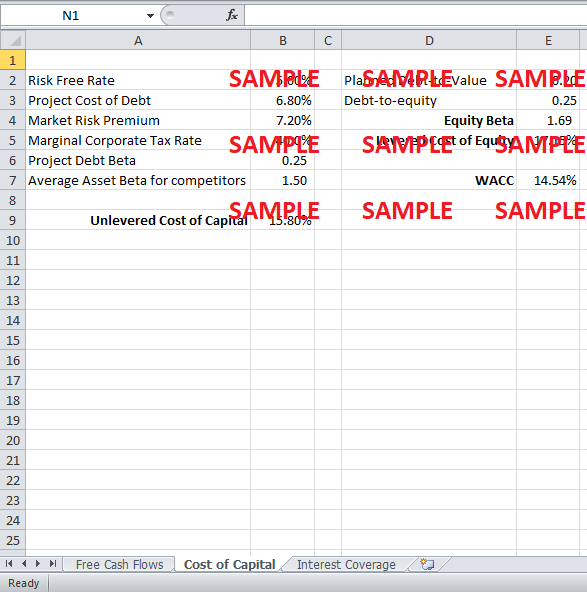 Hence, discounting the projected cash flows at the unlevered cost of capital of 15.80% comes out to be $1,228,485 which means that the project will yield over a million dollars in profit discounted in today's dollars.

Value the project using the APV approach the firm raises $750,000 in debt to fund the project and keeps this amount of debt constant in perpetuity.

The adjusted present value approach assumes that equity and financing cash flows have different risks hence are discounted at different rates. In order to understand it in a simple way, APV valuation is equal to the present value of pure-equity cash flows plus side-effect cash flows of financing which can be positive and negative, as well if  the cost of financial distress taken into account.

A planned debt-to-value of 20% implies a debt-to-equity ratio of 25%. By utilizing the below formula, the equity beta comes out to be 1.69.

Using the levered equity beta, the cost of equity via the Capital Asset Pricing Model comes out to be 17.15 percent, which is higher as there has been added debt to the project which makes equity highly risky than if it were debt-free financed.

Hence, utilizing the above values, the Weighted Average Cost of Capital or WACC comes out to be 14.54%. This is lower than the cost of equity as debt is much cheaper than equity, and its proportional value drives down the WACC.

The terminal value was calculated by the Gordon Growth Model, using the weighted average cost of capital, and the growth rate was assumed to be 5% as given in the case. The terminal value comes out to be $5,450,398.

How do the values APV and WACC compare?

The Adjusted present value was $1,528,485 while the NPV from the WACC approach came out to be $1,706,017. The higher NPV from WACC does not necessarily mean that if someone utilizes the WACC approach and a debt-to-value of 20% that the project will be more profitable. It only reflects a difference in assumptions regarding working, and hence both approaches are not comparable in the strictest sense.

Currently, Sampa Video's interest payments come out to be $300,000 annually as can be seen in the excel sheet. Dividing the interest payments by the current EBITDA of $2.5million yields us an interest coverage ratio of 12%

If Sampa Video raises $750,000 in debt for the foreseeable future in perpetuity, then the interest coverage ratio for each of years is as follows:-

If Sampa video instead decides to keep a debt-to-value of 20% for the foreseeable future in perpetuity, then the interest coverage ratio for each of years is as follows:-