This case is on the leveraged buyout of Seagate Technology. Seagate Technology sold its Network and Storage Management Group to VERITAS, in May 1999. In the exchange, Seagate Technology acquired 155 million shares of VERITAS, which accounted for 40% stake in VERITAS. After the transaction, the stock price of VERIATS increased 200%, whereas the price of Seagate grew at only 25%. This price surge in VERITAS made investment value more than Seagate Equity. Seagate could not sell its VERITAS stake because it would raise a huge tax liability. To resolve the situation Seagate entered a leveraged buyout of its disk drive assets to Silver Lake Partners and merger of remaining assets with VERITAS. 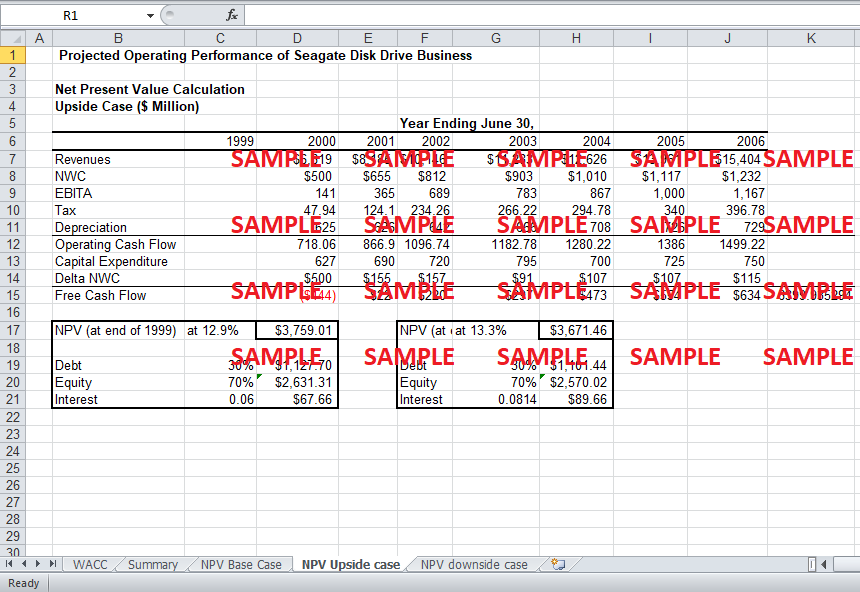 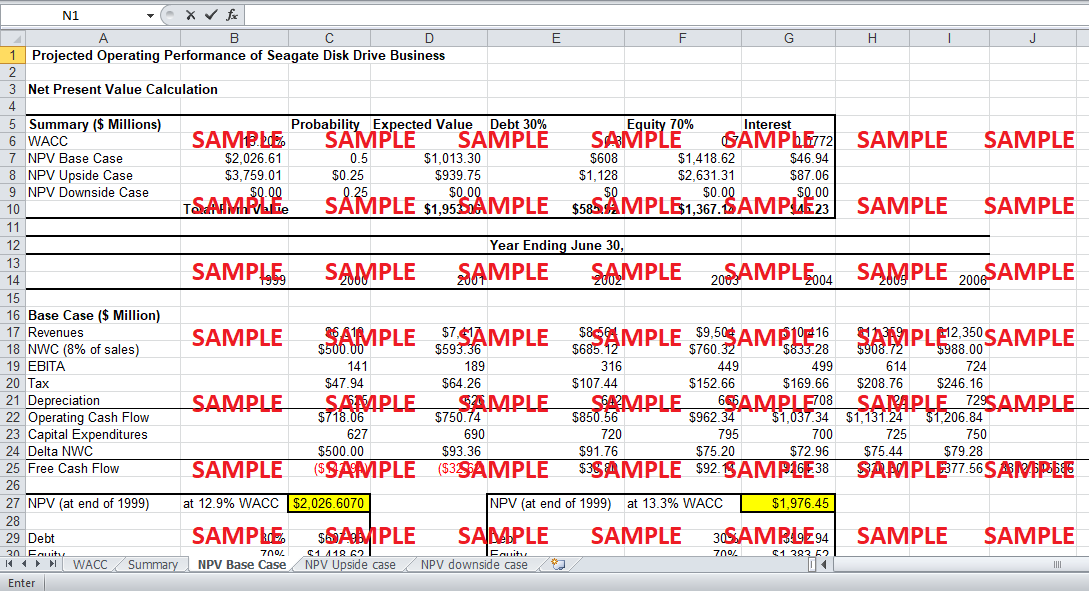 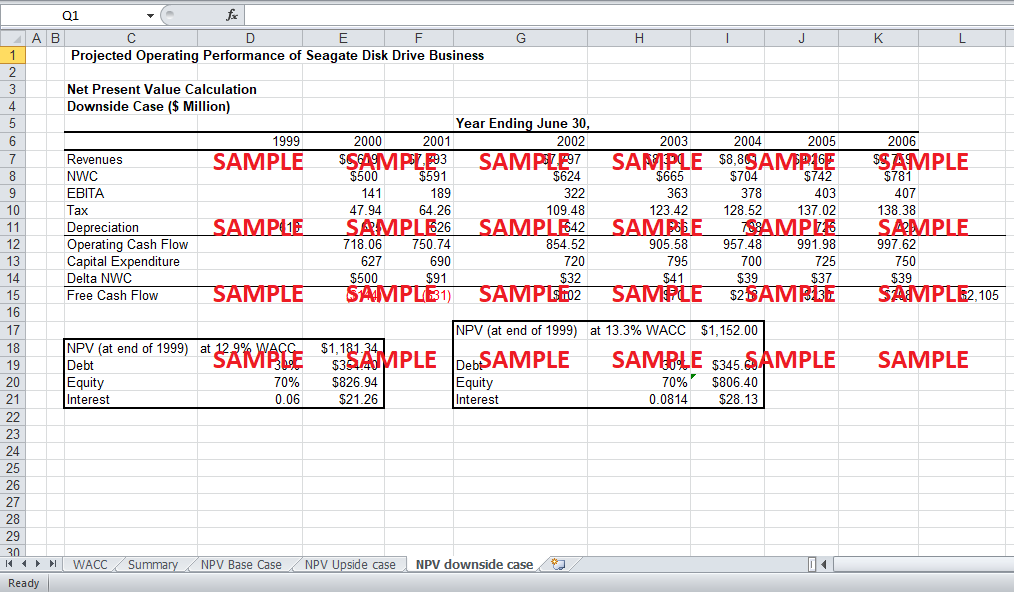 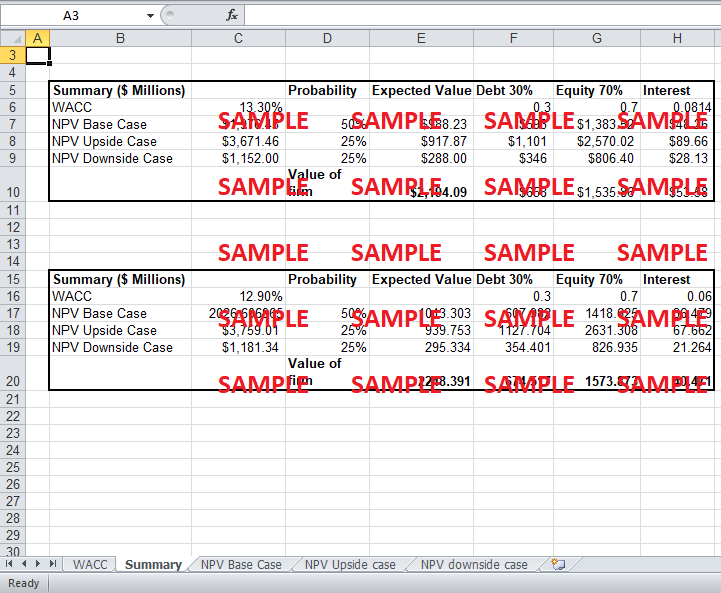 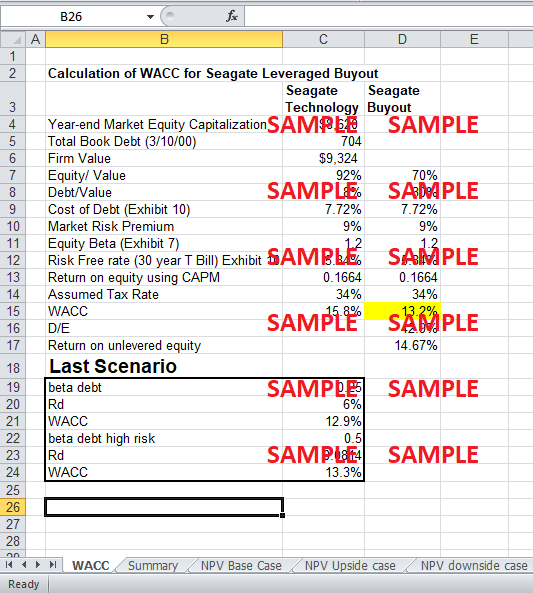 Seagate has significant investment of $21 billion in Veritas which has exceeded the total market capitalization of Seagate’s stock. Seagate attributes the low stock price of Seagate to the tax liability which Seagate will incur if it sells its Veritas stock. Furthermore, the market for Seagate’s core business, disk drive operations, is not much favorable as the market is attracted towards companies and businesses which provide cheaper storage devices/hardware. To protect stakeholders of Seagate, it was now crucial for management to take actions to optimize Seagate’s position in Veritas and disk drives core business. Thus, management of Seagate is considering few transactions, which can raise the Seagate’s stock price. One of these transactions is to sell the disk drive operations. That is the sale of core business to a private equity firm “Silver Lake” and to merge remaining assets with “Veritas” under equity swap on tax free basis. The management of Seagate will be able to sell Veritas investment without incurring a tax liability and will be able to form new Seagate, financed by equity and debt. Seagate shareholders are able to unlock Veritas investment, but they are at a disadvantage when it comes to finalizing purchase price of Seagate because they cannot have their representation in the board. Veritas will be exchanging its 128 million shares for only 109 million shares; thus Veriats is the winner in the transaction. Silver Lake has negotiating power in the transaction, but after acquiring Seagate, it will be facing the risk of market demand for Seagate’s disks. The real loser is the government which is losing huge tax revenue.

The leveraged buyouts are suitable for the companies which have tangible assets to be used as collateral against debt, and whose products have attained maturity so that these ensure stable cash flows to pay off debt. The return to the investor comes from the improvement and efficiency brought in the business by rebuilding the company. The main beneficiary of the buyout is the private investors as they are able to buy undervalued companies at a favorable price. Furthermore, as purchase price is mostly financed by debt thus cost of financing is lower as compared to total equity financing. The rigid disk drive industry is not conducive to a leveraged buyout. The technology industry faces intense price competition, rapid growth, short product life cycles, making it difficult to predict cash flows from technological business. Furthermore, technology requires continuous R&D expenditure for innovation to remain competitive. First mover advantages are highest in this industry thus a company cannot afford to enter market late. Thus, private investors do not look this industry as lucrative. In the case of Seagate, it has its own manufacturing capacity and R&D facility which enables it to be innovative and first mover in the market. Furthermore, it is the market leader and faces a low market capitalization, thus Silver Lake can foresee that Seagate is being undervalued due to Veritas stake. This is enabling Silver Lake to buy disk drive operations at a much favorable price.

3. Luczo and the buyout team plan to finance their acquisition of Seagate’s operating assets using a combination of debt and equity. How much debt would you recommend that they use? Why? (Hint: use the projections in Exhibit 8 and the information in Exhibit 11, together with your personal judgement based on the text of the case, to estimate a reasonable annual amount of debt the company should carry)

Seagate will be able to enhance its financing ability in the future if it is able to maintain current BBB rating (Exhibit 7) during the projection period. According to S&P given ratios, the BBB rating is given to total debt 30.4% of total market capitalization. As, Seagate faces additional risk of unpredictable cash flows so leverage ratio of Seagate should be close to 30.4% of total capitalization. Maintaining BBB rating Seagate will have to pay 7.72% interest rate (Exhibit 10). Optimally debt financing should be limited to 30% of the purchase price. Given 30% debt the WACC comes out to be 13.2%, which produces positive NPV in all the three scenarios given by the management. As Seagate is fortune 500 company, so market risk premium is 9%. The assumptions of WACC and summary of NPV results is given in the table below:

The calculation of NPV can be seen in Question 3.xls. The recommended interest to be carried in each case is the interest on 30% debt of the firm’s NPV (value). Question 3.xls

4. Based on the scenarios presented in Exhibit 8, and on your assessment of the optimal amount of debt to be used in Seagate’s capital structure, estimate the value of Seagate’s operating assets?

Using Exhibit 8, There has been calculated average value of Seagate’s operating assets considering all the three scenarios. First of all, there is calculated Free Cash Flows of the firm using projected EBITA and capital expenditure. It has been assumed that the corporate tax rate to be 34%. The net working capital for year 2000 is $500 million as stated in the above scenario. Also, $500 million NWC is 8% of the sales, so there has been kept NWC for the future years to be 8% of sales. The excess cash of $265 million is added to free cash flow for year 2000. FCF for the years 2006 onwards are projected using perpetuity growth model. Then, all the FCF are discounted using the firm’s WACC (as calculated earlier) to arrive at NPV at the start of 2000. This NPV gives the value of firm’s operating assets.