Get instant access to this case solution for only $15

Tom Dingledine, the president of Sprigg Lane Natural Resources (SLNR) is facing a decision to invest in the Bailey Prospect natural gas opportunity. It is an opportunity to invest in a package of 20 wells altogether. SLNR is a subsidiary of Sprigg Lane Investment Corporation (SLIC). SLIC entered into natural gas by drilling four wells in 1987. The general investment strategy of Dingledine has been to invest at locations where the new well will already be surrounded by other wells. Moreover, for drilling each well, SLNR would approach other investors and retain only 25% of share. For the current project, Dingledine has conducted NPV analysis for a single well that characterizes the Bailey Project, however, there are some uncertainties involved in the analysis. This report has conducted a Monte-Carlo Simulation using the uncertainties pertaining to six different inputs. 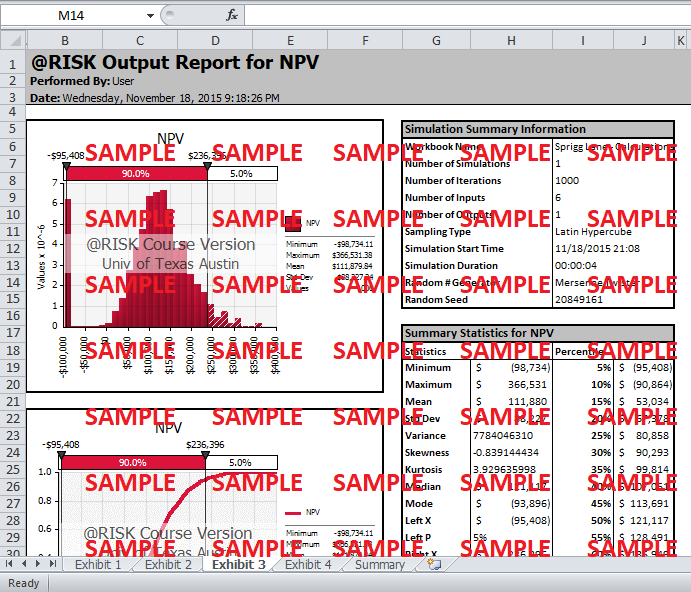 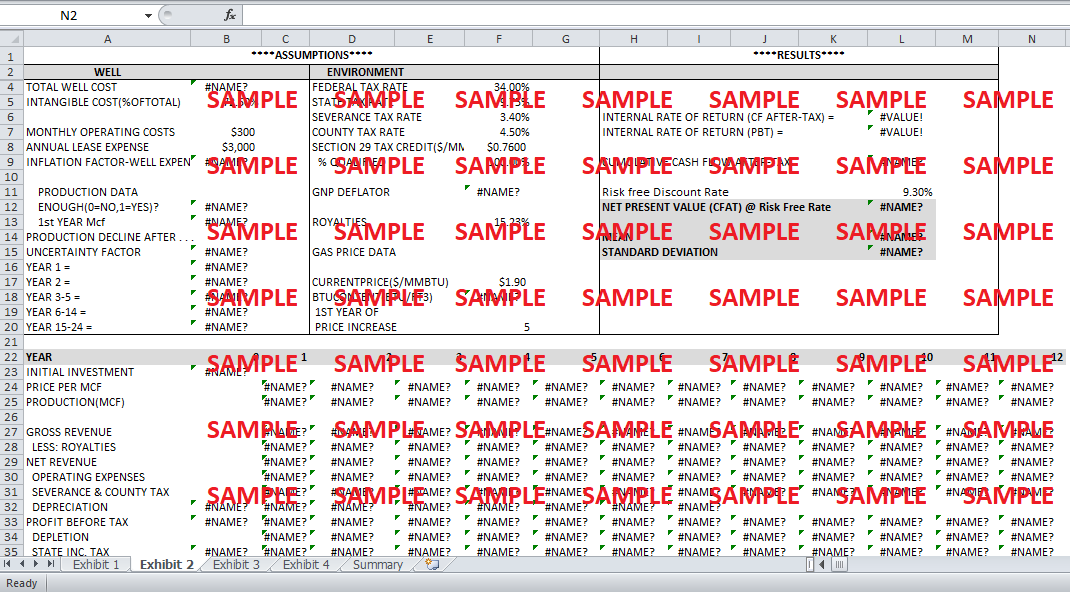 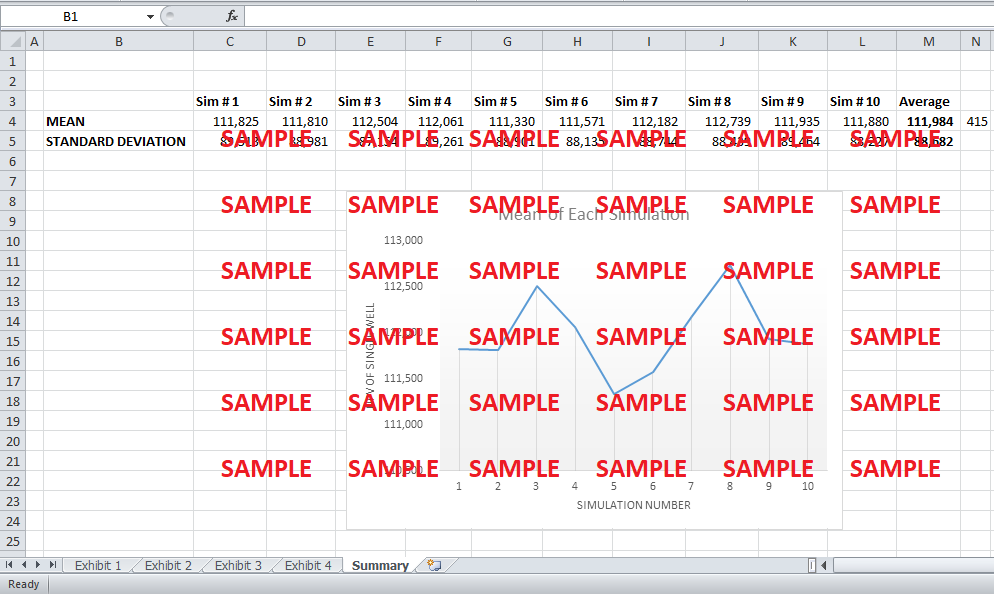 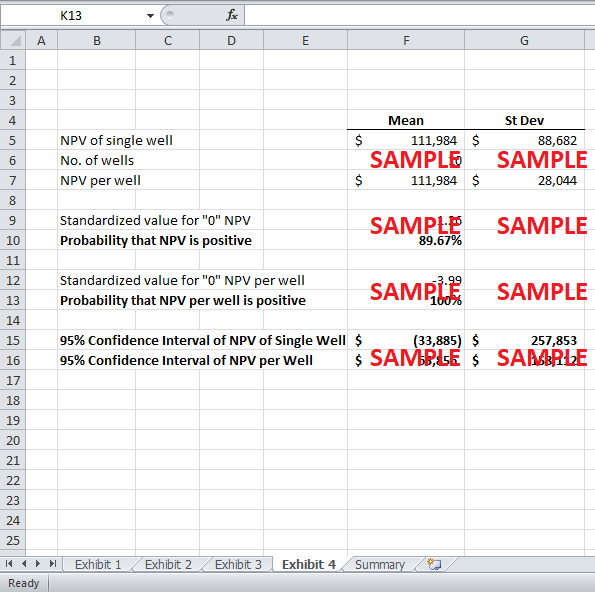 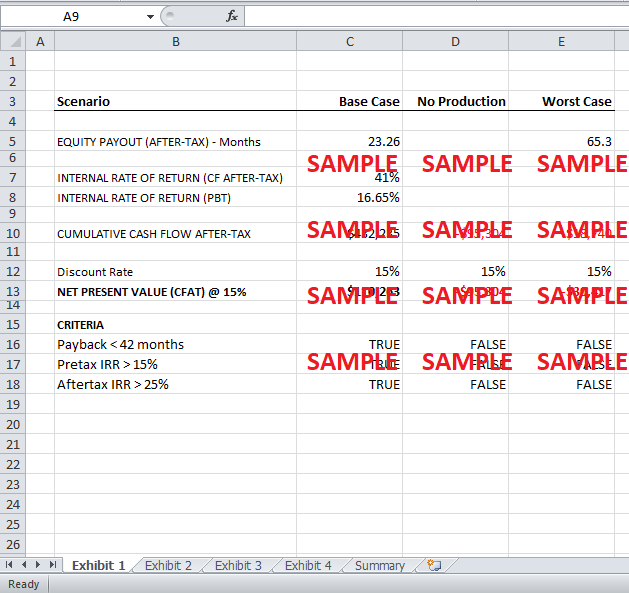 Case Analysis for Sprigg Lane (A)

1. Does each of these scenarios meet the three investment criteria Dingledine uses?

Dingledine has prepared NPV analysis for three different scenarios for a single well, i.e. Most Likely or Base Case, Case with No Gas Production and a Worst Case. Moreover, Dingledine uses the following three criteria to determine if a well is good enough to drill.

Out of the three scenarios built by Dingledine, only the base case meets all of the investment criteria. The case with no production, of course, does not pay anything back while the worst case has a payback of 65.3 months. Furthermore, the NPV of both the pessimistic cases is negative and the IRR cannot be calculated as there are no positive cash flows. Exhibit 1 shows a summary of the three scenarios.

2. What is the probability that the NPV will be greater than zero?

However, in order to identify the risk involved in the base case, it is essential to incorporate the uncertain distributions of each input. A Monte-Carlo Simulation has been conducted to get a probability distribution for the NPV of a single well. There are following six different uncertainties in the NPV calculation.

Moreover, a risk free discount rate of 9.3% has been used since risk has been incorporated through the simulation.

Get instant access to this case solution for only $15

Get Instant Access to This Case Solution for Only $15

Save $10 on your purchase