This case requires to prepare the statement of the estimated transaction for the first year of production and revenue operation followed by the profits generated as a result of those operations. Peter Fuller the inventor has provided the statement of the estimated assets and liabilities for the first year. The transaction during the year is incorporated in the excel file and their impact on the balance sheet and income statements has been incorporated which will be discussed as follow. 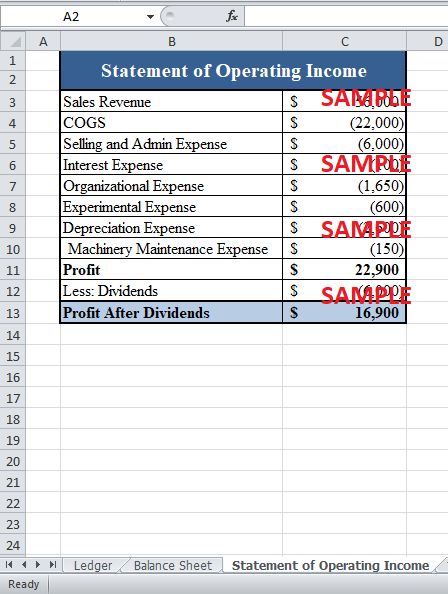 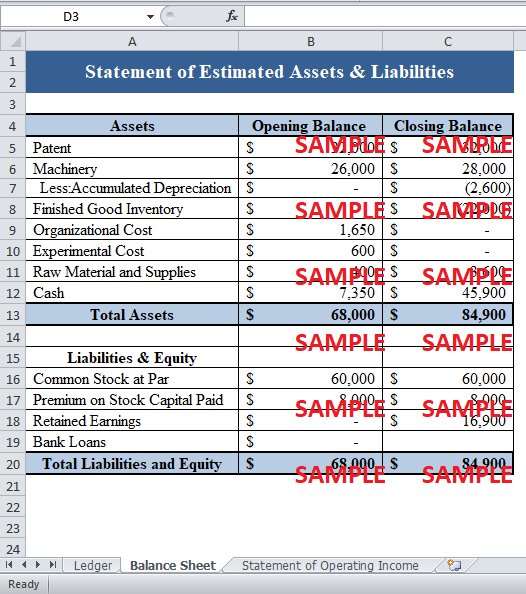 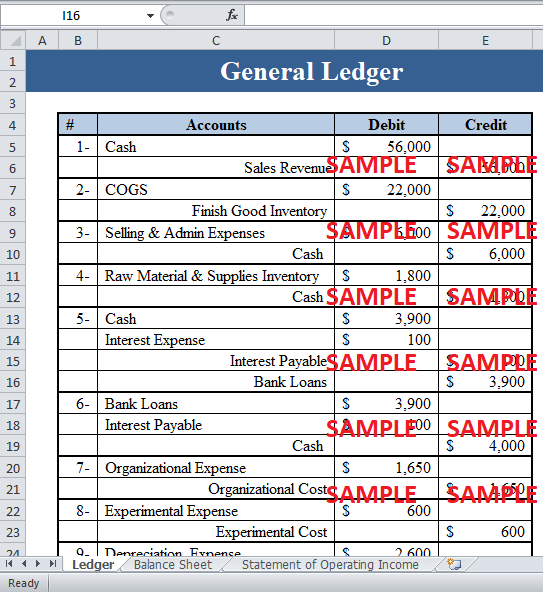 According to the estimates given in the case, the general ledger has been prepared. The expected sales of $56,000 has been incorporated in the ledger by debiting the cash amount and crediting sales revenue. Similarly the additional purchases of raw material and supplies have been accounted by debiting the raw material by $1,800 and reducing the cash by the same amount. The total manufacturing cost was $2800 from which $6000 belongs the general and administration expenses. Hence the rest of the amount has been charged against the cost of goods sold or manufacturing cost.

The loan of $4000 including interest of $100 was taken from the bank. As per the requirement in the case the loan must be repaid before the year end. Thus to incorporate the interest expense in the income statement, initially the amount borrowing entry was recorded. After that the loan payment entry was recorded. Although, at the yearend it will bring no impact on balance sheet as there is will be no loan outstanding but by doing this the interest expense has been appeared on income statement.

Organizational and the Experimental cost that were capitalized initially, now has been charge to income statement as per the instruction given in the case. In order to do so, the organization and experimental cost has been credited and debited the same amount in the expense account.

Depreciation has been charged on straight line basis. And the depreciation expense for the first year will reduced the asset’s book value by $2,600. Moreover, the case instructs that the raw material and supplies for the year should be $3,600. So in order to meet this requirement, an incremental raw material and supplies were purchased. Also the dividend worth of $6,000 were paid with cash.

Machinery maintenance expense was charged to the income statement by debiting the expense and crediting the cash.