Teuer Furniture is a privately held, medium-sized chain of upmarket home furnishings stores based in the United States. The company weathered the economic downturn and had regained its financial footing by the end of 2012. A number of the company's long-term investors have wanted to pay out their shares now that the company is more financially secure. This is the first time Teuer's stock has been repurchased; the company has been paying dividends since 2009. Jennifer Jerabek, the company's chief financial officer, and her team have been tasked with evaluating Teuer using a discounted cash flow technique. Despite the fact that Teuer Furniture was a private company, the investors' interest in the company was a minor part of their overall fortune for all but a few members of management. Teuer calculated its discount rate using the capital asset pricing methodology. Teuer's own beta could not be calculated directly because it is a private company. Instead, the finance team calculated the beta for a few publicly traded home furnishings companies and utilized that as a proxy for Teuer's beta. 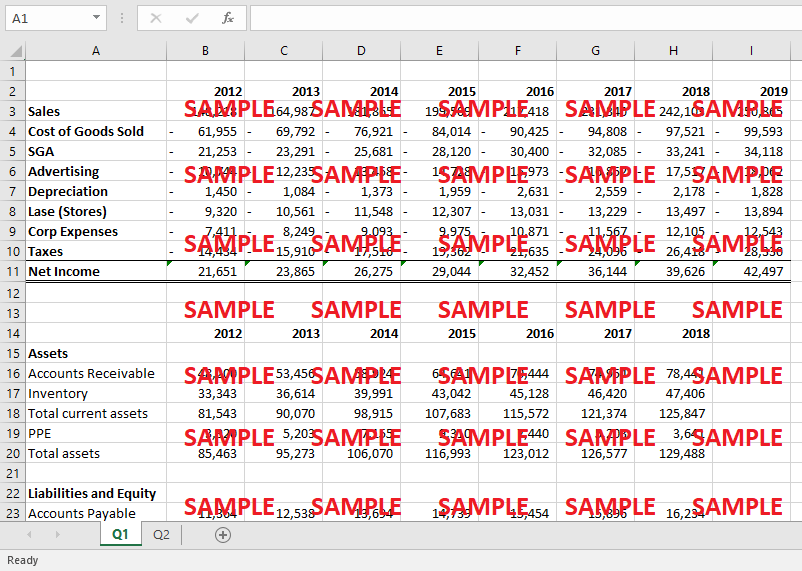 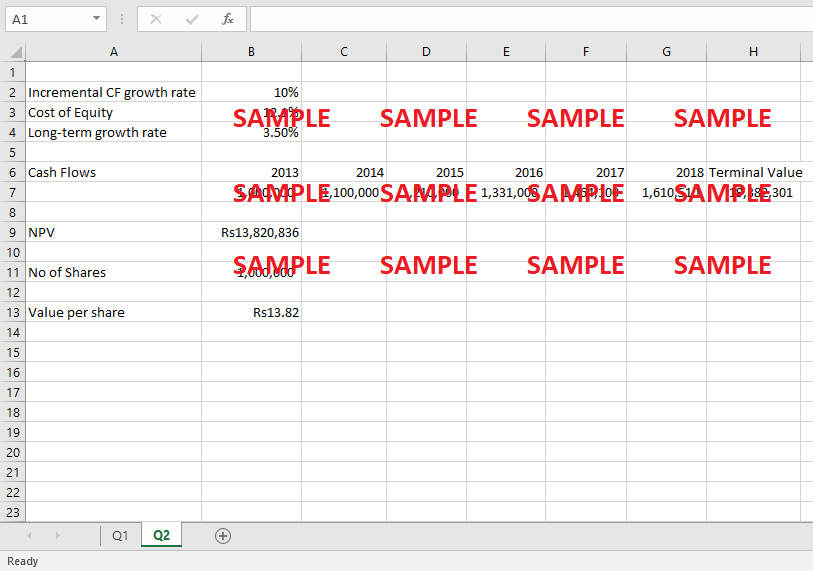 Following is the Pro Forma Income statement for Teuer Furniture:

Teuer's sales growth slows as fewer stores are opened (on a percentage basis), and existing stores' sales growth slows as they mature. The decrease in the rate of sales growth, on the other hand, is not uniform. It drops from 93 percent in 2007 to 15 percent in 2009, then rises to 23 percent in 2010. Another method for forecasting sales is to start with the economy's growth rate and work your way down to the firm's growth rate. Teuer's sales are affected by the business cycle because it sells durable goods (its beta is greater than 1). When the economy is doing well, furniture sales are predicted to climb faster than the economy, and when the economy is doing poorly, furniture sales are likely to fall quicker. As Teuer's stores mature and it opens fewer stores, sales growth is expected to slow; no new stores are expected to open after 2015. Teuer's principal expense is the cost of items sold (e.g., purchasing furniture).

Following is the pro forma balance sheet of Teuer Furniture: