The cash flows prepared by the management of General Foods (Exhibit 6) are not correct due to improper treatment of a certain expenses. Firstly, the tax benefit of depreciation has not been incorporated into the cash flows. Moreover, as indicated in the GF Accounting and Financial Manual, only those incomes and expenses should be included in the incremental analysis that can be directly attributed to the project. In the light of the definition of incremental income and costs, the treatment of the following items has been discussed. 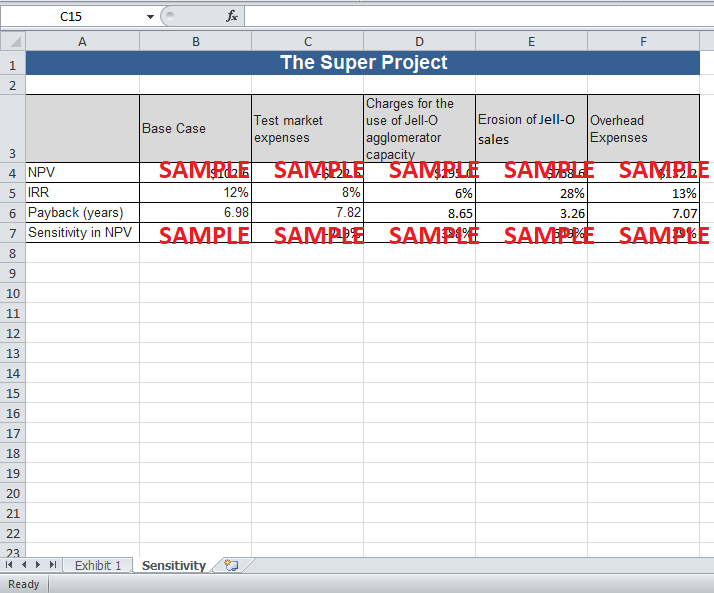 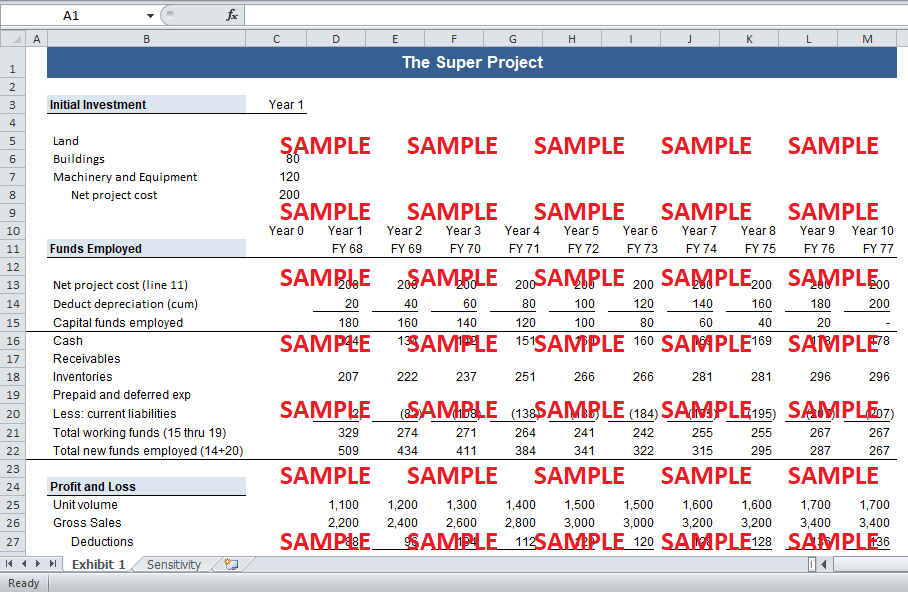 Case Analysis for The Super Project

• Charges for the use of Jell-O agglomerator capacity

The erosion of Jell-O sales represents the loss of existing sales that can be directly attributed to the Super Project. If Super Project is accepted, 20% of the existing Jell-O sales will be lost. Hence, the erosion of existing sales or cannibalization effect is a relevant cost and should be included in the incremental analysis. The evaluation prepared by the management already incorporates the effect of cannibalization.

2. In order to obtain a better estimate of the cash flows of the Super Project, a number of changes have been made to the financial valuation done by the management of General Foods. Firstly, the depreciation benefit of the newly acquired assets has been included on a straight-line basis with a useful life of 10 years. Moreover, as mentioned in the discussion above, the irrelevant sunk cost of the market tests has been removed from the expenditures. Furthermore, taxes have been calculated at a rate of 52%. For unprofitable years, the tax expense remains 0 as no actual cash flow occurs in those years. The tax benefit of loss is carried forwarded to profitable years when no tax would have to be paid. The impact of deferred tax asset has been incorporated in the free cash flows. The full allocation alternative proposed by Crosby provides a fair allocation of overhead costs to the Super Project. Hence, the overhead costs of $82 million per year has been subtracted from the sales. Moreover, overhead capital of $40 million has been included in the 5th year of cash flow calculation.

In order to obtain free cash flows (FCF) of the project, depreciation has been added back to the after tax net income. It should be noted that since the project does not have an interest cost, there is no need for risk-adjustment of the net income. The entire project cost of 200 million has been assumed to have been incurred before the start of operations and hence has been moved back to year 0 and treated as initial investment.