Using the facts and figures given in case, the fair value of New-TA is calculated to be around $72.96 per share through dividend discount model. This is the value directed by the strong fundamentals of the company or which the company will be expected to trade at in the long term future. However, this value may not be evident in the near future period due to the market sentiments and elements over riding the company's strong fundamentals. 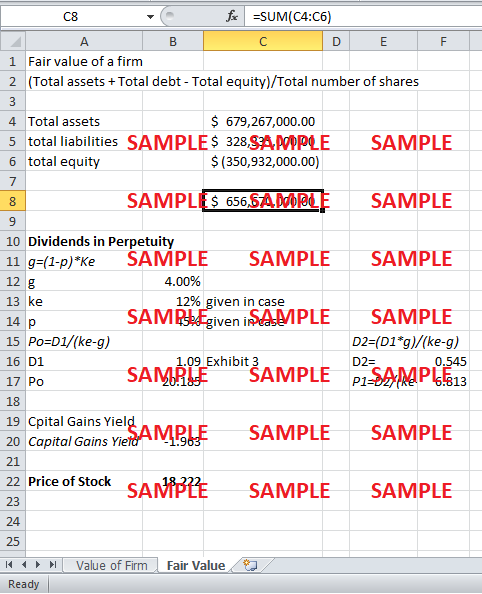 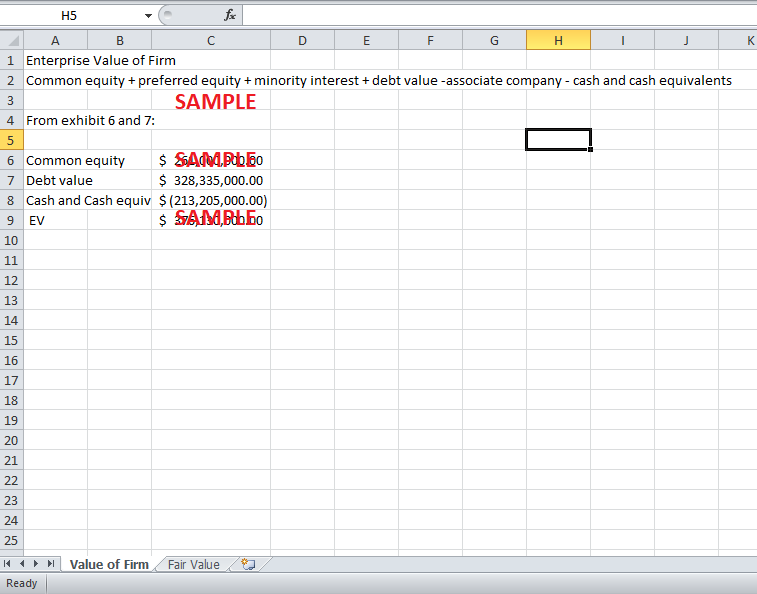 Case Analysis for TravelCenters Of America

1. Why is HPT undertaking this transaction? Is this a good deal for HPT shareholders?

Recently, HPT had agreed to purchase TA for 1.9 billion dollars. After the spin-off transaction, HPT would still be able to retain all of TA’s real estate properties. The main purpose of HPT behind acquiring TA was to diversify and expand the sources of generating revenues. TA fulfills this reason because it has business operations sites at significant places. Moreover, the hotels industry in which the two businesses are operating are recession resistant. In addition to that, shareholders will be better off with this transaction as TA will provide a tax shield for HPT. This means that overall profits of the HPT will increase and hence the shareholder value will maximize.

2. Why does HPT spin off New-TA, rather than using the other means of restructuring such as carve-out, sell-offs, or tracking stock?

HPT preferred spin off transaction over carve out, sell off or trading stock because spin off provides the most benefits as compared to the other strategies. Firstly, spin off transaction provides tax protection, which would ultimately help in increasing the shareholder value. Being a new firm, New-TA will get favorable taxation policies from the government than it could have gotten while under the ownership of HPT. This ultimately maximizes shareholder value, which in turn is the basic principle of any company.

Furthermore, through spin off, HPT will be able to expand and diversify its business. This implies that HPT will be able to generate significantly higher value of revenues in the future. Also, the spin off transaction will provide more flexibility to the management team of New-TA in terms of better decision making for the company.

On the other hand, if HPT would have applied the strategy of sell-offs, then HPT would have lost the management control over TA. Re-structuring of the company would have resulted in employee turnover, significantly. Moreover, restructuring the organization completely can damage the firm’s reputation in public. Also, it could have provided the competitors, with valuable assets, which would have been unfavorable for the stakeholders of HPT. Finally, the option of tracking stocks would have been very costly for HPT given the transaction costs and could have generated a negative perception of the company in the stock market. Therefore, tracking stock would have increased the financial leverage of HPT.