Headquartered in Burbank, California, the internationally diversified Walt Disney Company was founded in 1938. Operating in entertainment and recreation, real estate projects and consumer products; the company made huge revenues, which were increasing up to $1.7 billion in 1984. However, it also constituted yen royalties earned on revenues generated by Tokyo Disneyland; an amusement theme park which was recently opened for the public in April 1983. Specifically, the yen royalties comprised of approximately eight billion yen in the year 1984 with the expectation of increasing up to 10% to 20% per year over the period of some years ahead. Due to the yen royalties, there was a concern for foreign exchange exposure which led to the consideration of various hedging techniques by the finance director, Mr. Anderson. 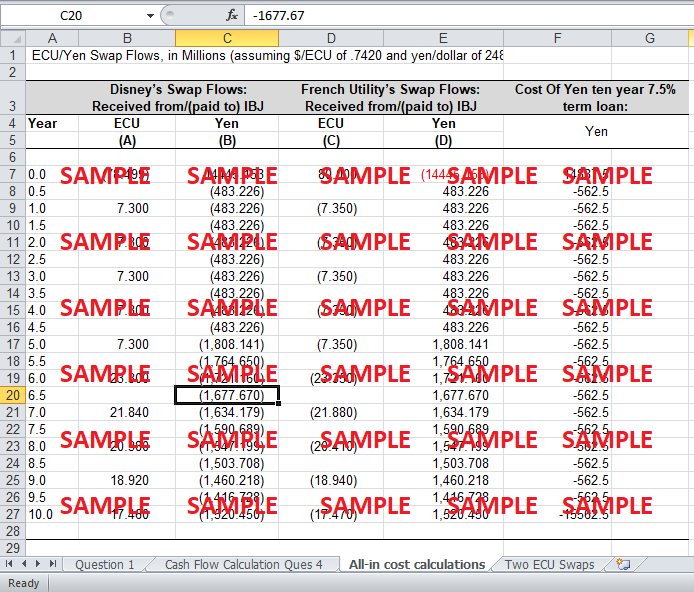 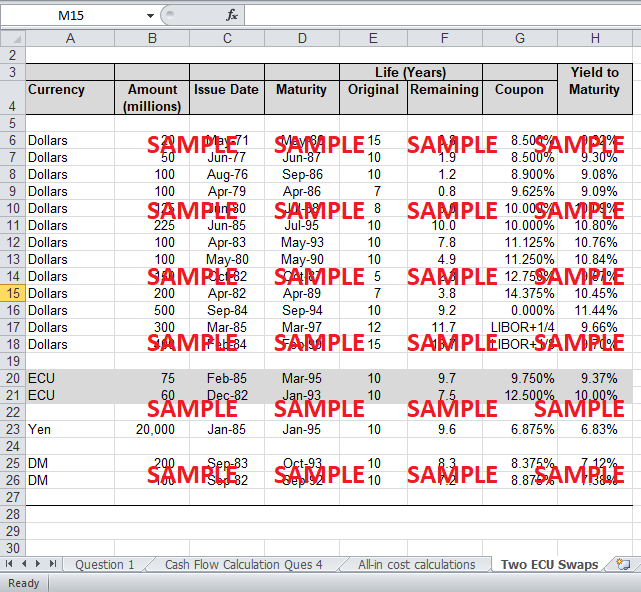 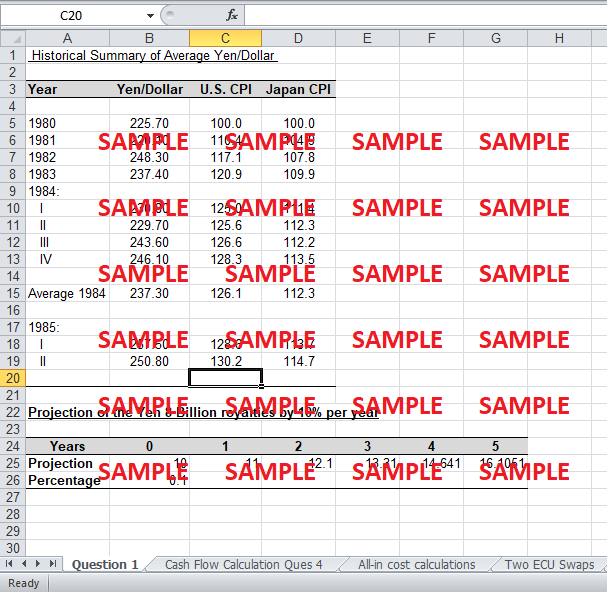 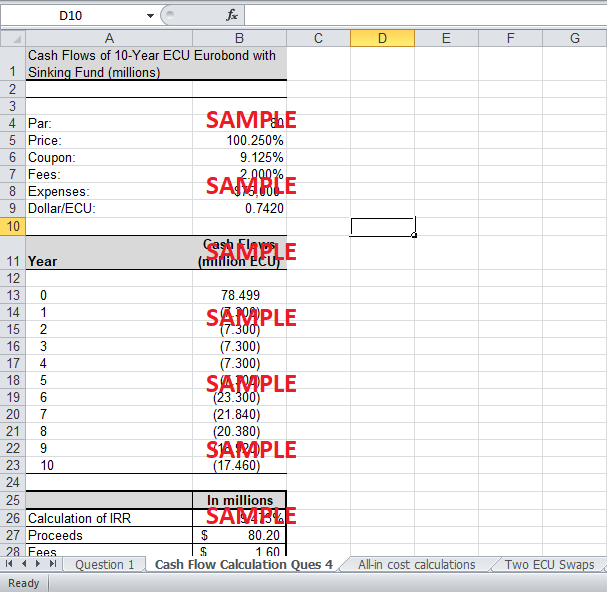 1. Should Disney hedge its yen royalty cash flow? Why or why not? If so, how much should be hedged and over what time frame?

Given the historical data in Exhibit 4 it is observed that the yen royalties are exposed to foreign exchange risk as seen by comparing the CPI of Japan and U.S. i.e. the inflation in U.S. is far greater in relation to Japan. Therefore, the risk that exposure to foreign exchange will be a threat to Walt Disney can be experienced in the near future. Moreover, the recent instance also raises concerns about the foreign exchange risk. For an illustration, the depreciation of yen by 8% from 229 Yen to 248 Yen led to the difference of approximately US $2.5 Million. The need for hedging is further emphasized by the fact that the royalty receipts constitutes huge sum of money and expected to grow to 10% to 20% per year. Therefore, with the increasing amount of yen royalties the risk will be even greater. On one hand, there exists the possibility of uncertain outcomes i.e. the risk of appreciation in yen or the reduced amount of yen royalties. On the other hand, hedging will smooth out the earnings even if the exchange rate fluctuated; hence, enabling the company to focus on its core strategies.

Considering that the recent yen royalty is Yen 8 billion which are expected to grow from 10 to 20% per year; hence, the 8 billion is projected over five years at the rate of 10%, which is calculated to be Yen 16 billion. The more conservative approach is taken based on the uncertainty in the continuous growth of 10% to 20% over the few years. Hence, around 16 billion amount could be hedged. Another main area of apprehension is the time frame. As given that the lucrative yen swap rates for years less than four are not only difficult to find but also they do not provide any excess funds to reduce its short term debts. Hence, the time frame should be greater than four years. Moreover, due to the higher debt ratio of the company the possibility of longer maturity Eurodollar debt is ruled out. Thus, the preferred time frame should be around 10 years.

2. Assuming a hedge is desirable, what hedging techniques are available to the treasurer and what are the advantages and disadvantages of each?

Following are the hedging techniques available to the treasurer:

3. In light of the various other techniques for hedging currency exposures, why does a market for currency swaps exist? Who benefits and who loses in such an arrangement? Can a swap really create value for a corporation, and if so, where does the value come from? What risks does a swap carry for the various parties involved?

Currency Swaps lead to the conversion of loans denominated in one currency to an equivalent amount of loan or investment in another currency. Considering various other hedging techniques, currency swaps have its own value as it lets the borrowers utilize the advantage of each other’s ability to borrow the home currency in favorable terms; hence, it provides the benefit of the reduced amount of borrowing costs for both parties.

Expected profits in the swap markets are zero hence it is a zero sum game. However, winner or loser can be any of one counterparties, but the most usual is the commercial bank if is one of the party involved in the swap transaction. The only value an involved party can create is through the exploitation of thin air for instance the manipulation of the commercial bank’s government guarantee. Moreover, the reduced borrowing costs and management of the interest rate risk are also indirect values created through swaps.