Wells Fargo is amongst the largest financial firms in the United States. Although experts contend that convertible bonds are not a prime source of financing for a company of Wells Fargo’s stature, the company believes that it represents an attractive market opportunity. Throughout its history, Wells Fargo has followed a strategy of catering to the market demands. Currently, in 2003, there is a huge demand for convertible bonds. Therefore, the issuance of convertible bonds incommensurate with the company’s market-oriented strategy. The company believes that it has been able to structure an appropriate deal by involving three different investment banks. However, the deal is quite complex in nature and poses quite significant risks. These risks include the risk of stock dilution from a potential conversion of bonds (accounting treatment), failure to meet capital adequacy requirements, and the tax implications of the deal. The case involves very complex issues and the suitability of the convertible debt issue can only be determined after accounting for all of the relevant concerns. However, the focus of this essay is to talk about the tax considerations resulting from the convertible debt issue. For the purpose of this analysis, all of the other considerations are ignored. 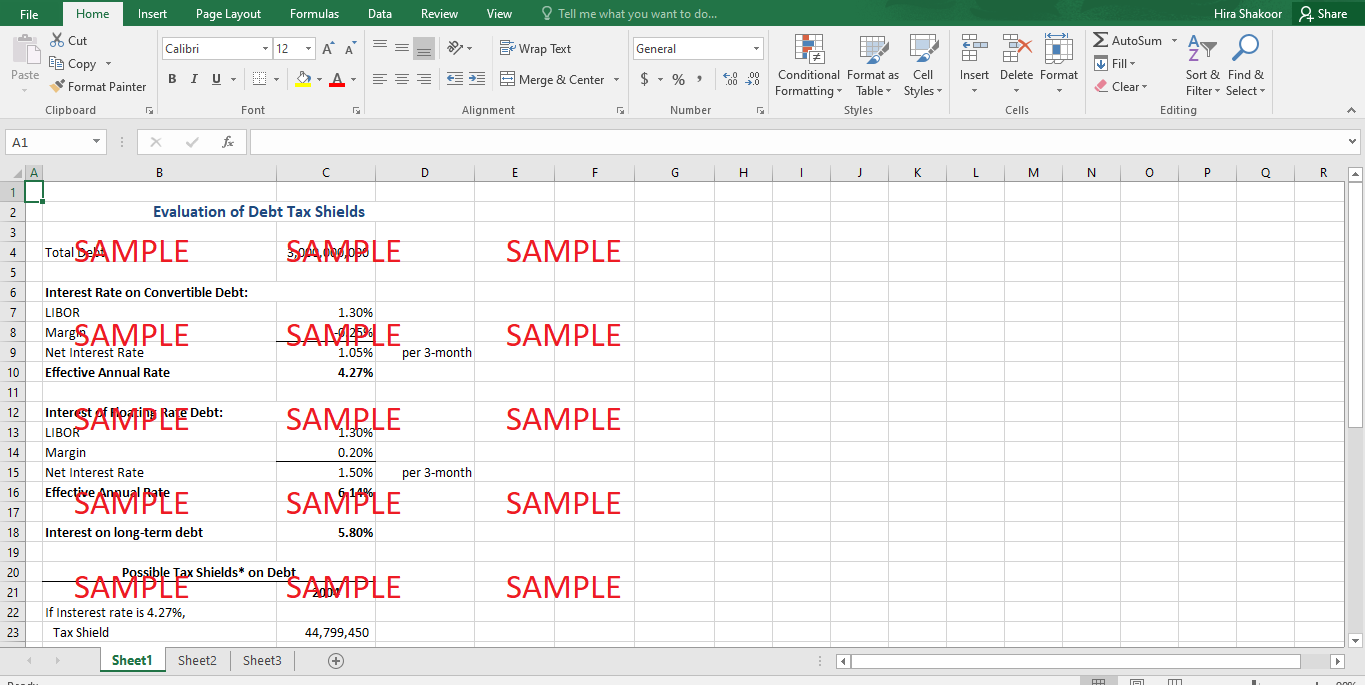 Wells Fargo might be able to benefit from a recent change in tax laws that allow companies to deduct potentially higher interest payments for tax purposes. It can be said that the convertible debt proposed to be issued by Wells Fargo has an economically important contingency feature. Such a contingency feature allows the company to make tax deductions at their long-term fixed-rate debt. The current long-term rate debt of the company is 5.8%. This means that the company has the option to calculate interest at an annual interest rate of 5.8% on their outstanding convertible debt and use that amount as a tax-deductible expense. This fixed-rate interest rate will be applicable even if the actual coupon interest of the convertible debt is lower than 5.8%. It is believed that any differences the taxes due at the long-term fixed rate of 5.8% and the taxes due on the lower actual convertible debt rate will be treated as a deferred tax liability. The company might be required to reverse the differed tax liability in the future. It is not clear how the liability will reverse, but it is indicated that the liability will be expected to reverse at the maturity of the convertible debt.

It is important to analyze the value that the deferred tax might generate for Wells Fargo. The deferred tax liability means that instead of paying the taxes during the current period, the company will pay the taxes in a future period. Since the amount of taxes remains the same, the delay in taxes decreases the present value of taxes payable. This is because deferred tax liability results in an outflow of resources in the future years. The future outflow is worthless in present value terms. This scenario can be quantified using the data presented in the case study. The attached spreadsheet contains the calculations of taxes payable by Wells Fargo under different interest rates. The interest payable on the convertible debt of Wells Fargo is 3-month LIBOR minus 25 basis points. This translates into an annual rate of about 4.27%. On the other hand, the interest on floating rate security would have been the 3-month LIBOR plus 20 basis points. This translates into an annual rate of 6.14%. Therefore, by issuing convertible debt security, Wells Fargo is able to decrease its annual interest rate from 6.14% to 4.27%. Although, this represents an attractive scenario as far as the interest payable is concerned. The decrease in interest rate is actually a compensation for the risk of conversion embodying the convertible debt securities.