As a matter of fact, it is quite true that Wendy’s hamburger was special from numerous perspectives. Firstly, it is also crucial to mention that one prime reason for the success of this burger might be rooted in the fact that Wendy was at its initial stage of operations. Additionally, various features of hamburger and the ‘special menu’ also made this hamburger a success. Firstly, Wendy distinguished itself from the competitors by offering an ‘old fashion’ burger. The burger was ‘square’ in its shape. At its initial stages, the major competitors of Wendy included McDonald's, Burger King and Hardees. None of the competitors shared this feature of burger shape. Moreover, this special square-shaped burger was served fresh. The burger was only made to order, and customers could see it's grilling and baking. This feature made customers comfortable with what they were eating. Additionally, these ‘hot n’ juicy’ hamburgers could be customized in accordance with the needs of the individual customers. This feature of the serving gave a huge exclusive competitive advantage to Wendy. Also, another successful strategy implemented by Wendy was the key to its hamburger success. Wendy shortened their menu to only four items, but the individual customizations allowed for 256 possible combinations. Also, other competitors offered some sort of soft drink with the hamburger servings. On the contrary, Wendy was also distinctive in its choice for a side menu item. Wendy offered only one side menu known as ‘frosty’. Technically it was dessert but, customers preferred it to be served with the hamburgers. This unique combination also allowed Wendy to capitalize on its hamburger sales. In short, the success of the hamburgers was embedded in the ‘uniqueness’ of the business operations of Wendy. 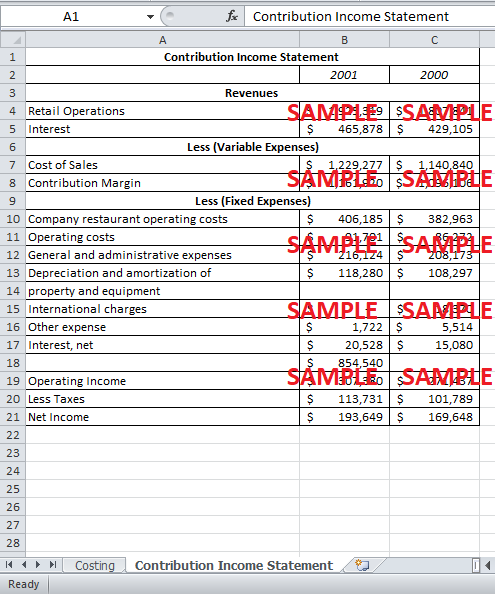 2. What benefits might have resulted from Wendy’s’ “limited menu” concept? What were the disadvantages of such a concept? Why the concept was eventually discontinued?

The concept of a limited menu originated in the early phase of the development. At that time, there was a need for Wendy to develop a hardcore business strategy which should be consistent with the nature of their business. The potential benefits and disadvantages of the limited menu concept are listed below.

At a later stage of the life of Wendy, it has to remove the limited menu item because it was unable to grab additional market share and, various other new entrants copied this concept (in a different fashion). Also, in the latter half of the 1970s, customer demands also altered which forced Wendy to enter the market in the traditional style.

3. Why was Wendy’s’ drive-through window successful when other quick-service restaurant chains had been unsuccessful at implementing the same concept?

4. How much does a bowl of chili cost on a full-cost basis? An out-of-pocket basis?

In order to analyze the true profitability of Chile, there is a need to break down its costs into smaller components. Let’s start with the cost of materials.

Cost of Materials includes the costs associated with the buying of the ‘raw material’. The following chart lists all the relevant prices of the required materials.

There are five distinct components in materials and all of them include the cooking ingredients. Tomato is required both in crushed and juice format. The combined costs of these materials are equal to $8.95. The seasoning packet of the product also costs around $1. Additionally, red beans are also required as part of the ingredients. Moreover, the most important and crucial component of the ingredients include the beef and burger patties for the hamburgers. For a standard buying, beef patties amounted to $42. It is clear that a major portion of the ingredients is composed of the cost to patties. The total costs amount to $56.6. From this cost base, a total of 57 eight ounces servings can be functioned. Therefore, the cost per burger amounted almost to $0.99.

The assistant manager dedicated 10.2 minutes catering to the three basic needs of the process; cooking of patty, meat chopping, and ingredient mixing. The per-hour salary of assistant manager amounts to $0.5. Hence, for serving a single chilled, the total labor costs incurred aggregate to $0.085. Additionally, the payroll taxes and other miscellaneous expenses amount to $0.0085. Hence, the total per chilled serving labor cost is equal to $0.09.

In addition, the cost of ingredients and labor, there are also some miscellaneous costs incurred in the process.