In order to calculate the Performa income statements, the expenses as a % of sales were calculated first. Similarly, the asset as a % of total assets and liabilities as a % of total liabilities were calculated. The average growth of sales for the years 1990 and 1991 was calculated as 29.7%. As given in the instruction the two scenarios were assumed. In the first scenario, the gross margin was increased and sales growth was decreased. In the second scenario, the sales growth rate was increased and the gross margin was decreased. Free cash flows and valuation of equity were performed for both scenarios. 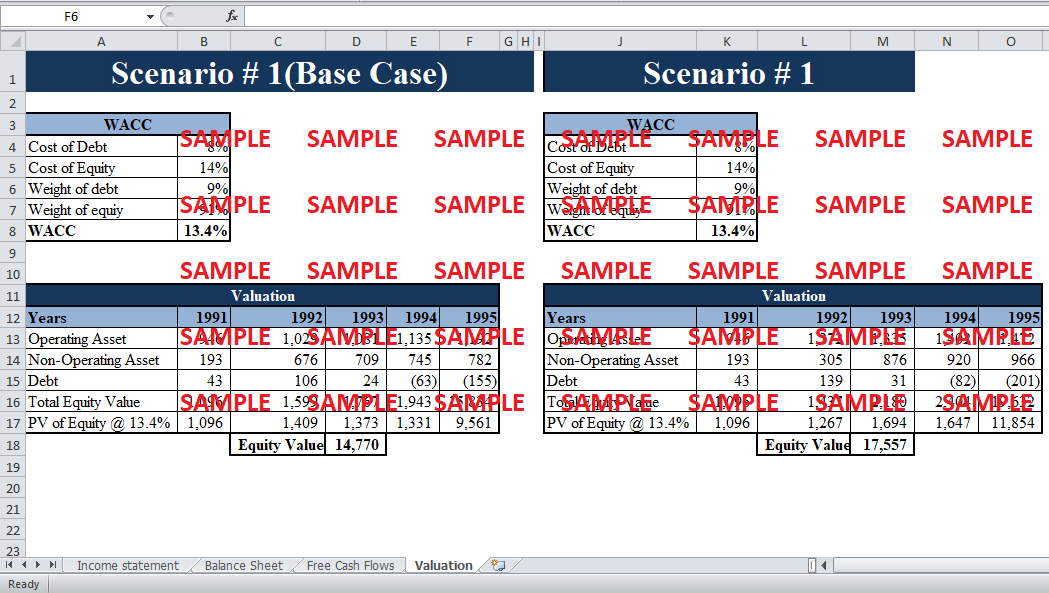 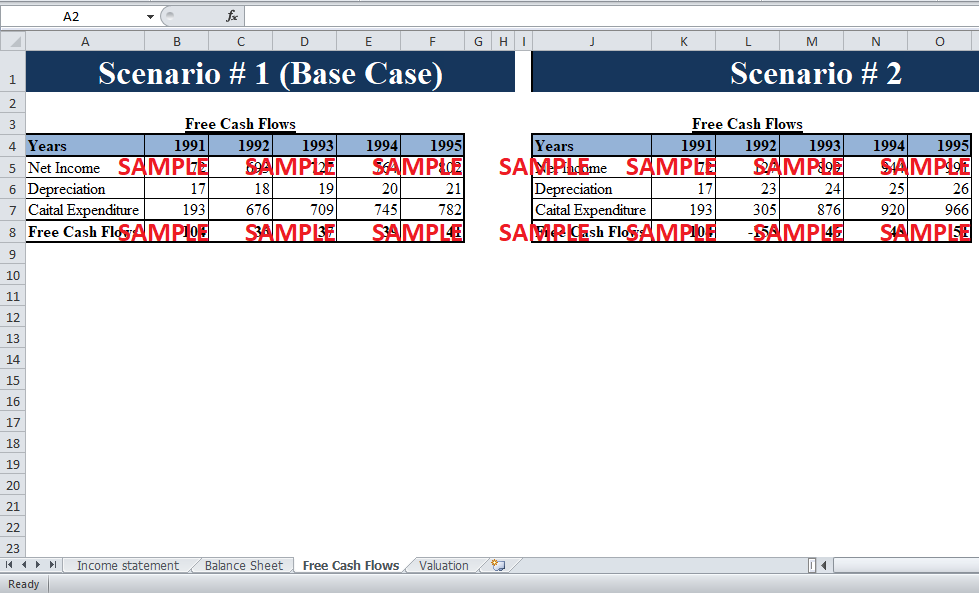 Also for the forecast of total assets, the assumption was made that the total assets would be a proportion of sales.