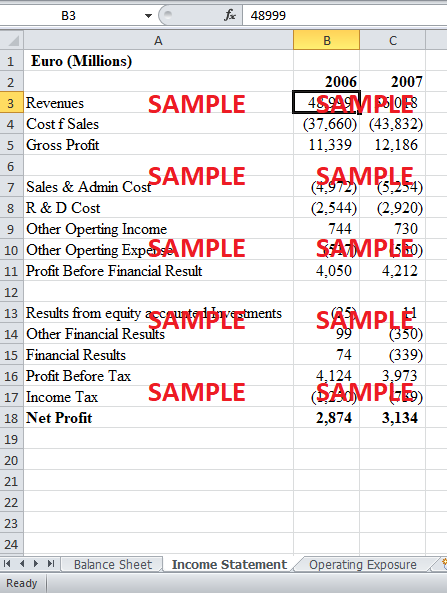 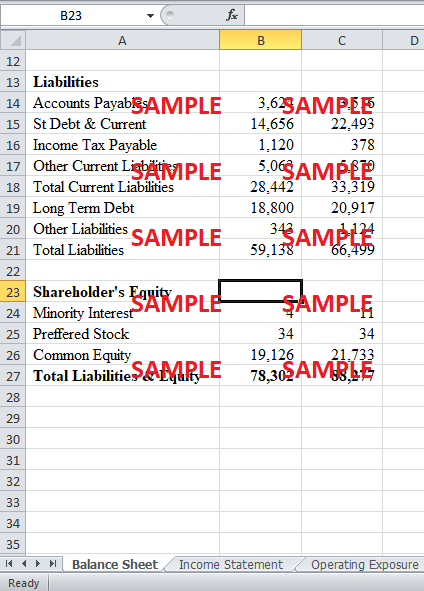 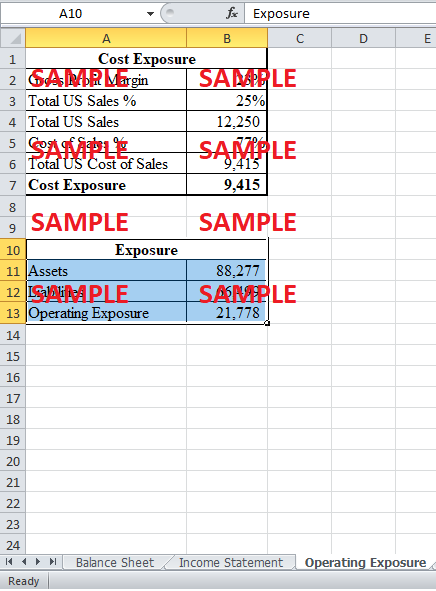 1. How would you evaluate BMW’s transaction and operating exposure?

The transaction exposure of BMW’s is due to the risk of being involved in the international trade that fluctuating exchange rates can result in gains/losses at the time of settlement of a financial obligation that BMW had undertaken. The fact that the companies sales network consists of 34 group owned sales-companies and around 3000 dealerships in 150 countries expose BMW to transaction risk and operating exposure to a large extent.

There are various other factors that are contributing to the increasing operating exposure such as the ongoing weakening of US dollars and Japanese Yen. BMW procure raw material using these currencies in which exchange rate fluctuation increase the operating risk of BMW’s expenses.

As the US account for the 25% of the total sales of BMW group. The production facility in the US cannot cater to such huge demand that’s why the US had to import incremental demand. The incremental revenue is worth of $7.4 Billion. The transaction of payment for this demand possesses huge transaction exposure. The reason being the conversion into euros which is effected by the fluctuation of exchange rate.

Also, revenues of BMW are effected by the operating exposure. In 2007, the revenue increased by 14.3%. The company estimated that the exchange rate operating risk has reduced the growth of revenue. If the company had zero operating exposure, its revenues would have increased by 17.6%. The excel sheet shows that the total exposure to the exchange rate is 21,778. This means that the total amount that ca be affected as a result of exchange rate fluctuation is 9,415 million euro. The operational exposure is calculated by deducting the total liabilities from total assets.

2. What do you think of BMWs hedging strategy?

Currently, BMW is following a strategy of natural hedging in which normal operating procedures are used to mitigate risk. The prime strategy is to match the operating expenses with operating revenues. The objective is to offset the exchange rate effects by canceling the revues fluctuation against expense fluctuation. The rationale behind this strategy is that the cars produced in one country should not sell to other countries, hence eliminating the currency risk exposure. Currently, the US had to import cars in order to meet the demand. But if the production capacity of US plant is increased, it will not import anything from outside. Consequently, there will be no transaction take place, which will minimize the transaction exposure.

BMW also pursued a strategy of buying forward contract and options. The maturities of these derivatives instruments are three years. The option strategy does not incur any expense as the company is purchasing long and short options. The premium paid for the long option is set off against the premium received for the short option. The company is hedging the future losses due to exchange rate by buying the future contract. This contract allows the company to hedge cancel the future losses as the company as the company will sacrifice the future gains. These strategies are allowing BMW to secure the downside risk while benefiting from the upside potential. The no expense strategy in case of options is also cost-saving strategy which mitigates the exchange rate risk to some extent.

The company is using an internally developed model to hedge foreign exchange risk. The Equilibrium rate shown by this model represent all the countries with witch BMW deals with. This rate indicates when these currencies are over or undervalued. As the other countries exchange rates fluctuate; therefore, this internally generated model is not suitable.