Classic Pen and Company has been producing blue and black pens traditionally but in order to expand they decided to launch new colored pens in red and purple color. Their traditional costing system predicted that the cost of red and blue pens will be slightly higher than the cost of blue and black pens and since these pens can be sold at a premium they will lead to profitability for the company. However, financial results reveal that the predictions of this costing system were not correct as red and purple pens were unable to earn the predicted margin and the overall profitability of the company was falling. This led the controller of Classic Pen and Company, Jane Dempsey to look towards a more accurate and insightful costing method, activity-based costing. Applying the activity-based costing revealed that the cost of red and purple pens was significantly higher than previously estimated which was leading to low return on sales and a decline in the overall profitability of the company. 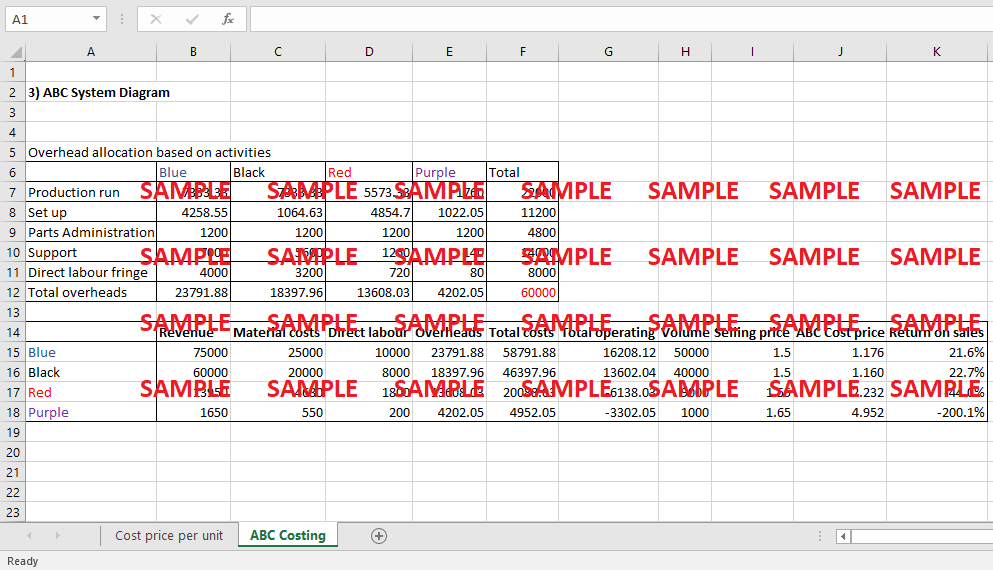 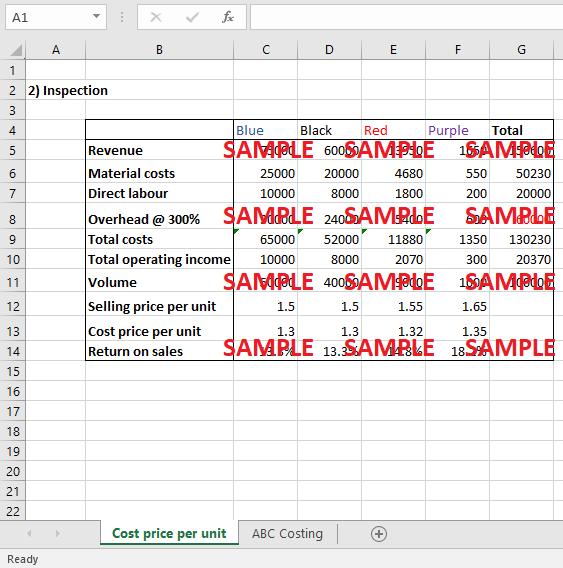 Classic Pen Company is a low-cost traditional pen-producing company making black and blue pens for years. The company has shown a successful financial profile with its profit margins exceeding 20% of sales. Driven by its success in the production of black and blue pens, Classic Pen Company looked towards growth and expansion of its business and expanded its product portfolio by launching red pens which could be sold at a 3% premium along with purple pens that could be sold at 10% premium. The launch of these product lines was expected to drive up profits and margins for Classic Pen.

Analysis of financial results of the recent year showed surprising results. With the premium products capable of commanding premium prices despite having the same production process as black and blue pens, the profitability of the company was expected to rise. However, the financial results were disappointing as red and purple pens were not earning the same margins as the company's traditional products, and overall profitability had fallen.

The manufacturing department also expressed concerns over increased workload due to producing red and purple pens. The production team was finding it difficult to adjust to the requirements of new pens and a lot of time and resources were spent on quality control, purchasing, scheduling activities, and tracking orders. the production department was not equipped to handle the production of more different colored pens as its capability to handle complex and diverse operations was limited.