This case discusses the effects of exchange rate fluctuations on the financial statements of a multinational company. Mexico was compared to U.S and Canada in recent years as far as business opportunities are concerned. In an effort to suppress the inflation aggressively, Mexican government had not allowed Peso to trade freely with foreign currencies. Just as per financial experts had predicted, a crisis hit Mexico in 1994 where Peso devalued progressively against foreign currencies. These macroeconomic changes are of great concern for the foreign companies operating in Mexico. One such company is “Farmington industries” that has four businesses operating in Mexico. The effect of sudden decline in the value of peso against dollars was different on these businesses depending upon their modes of businesses. 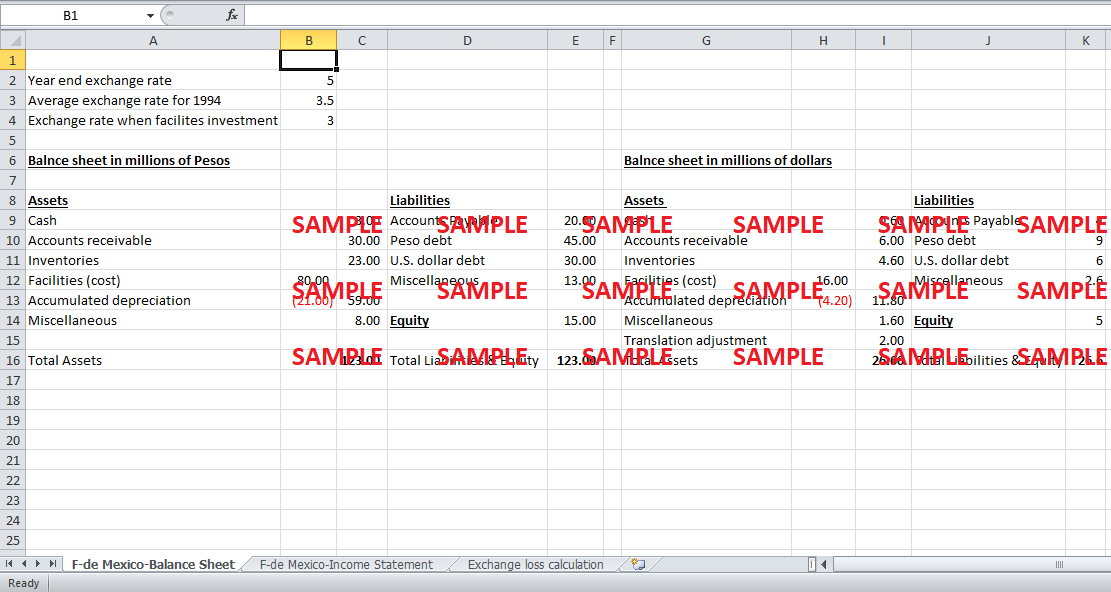 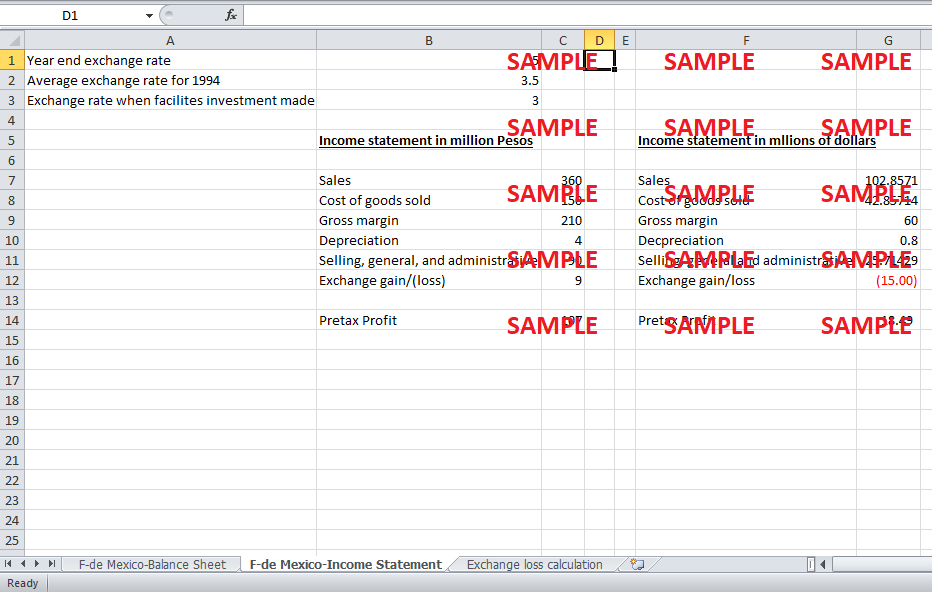 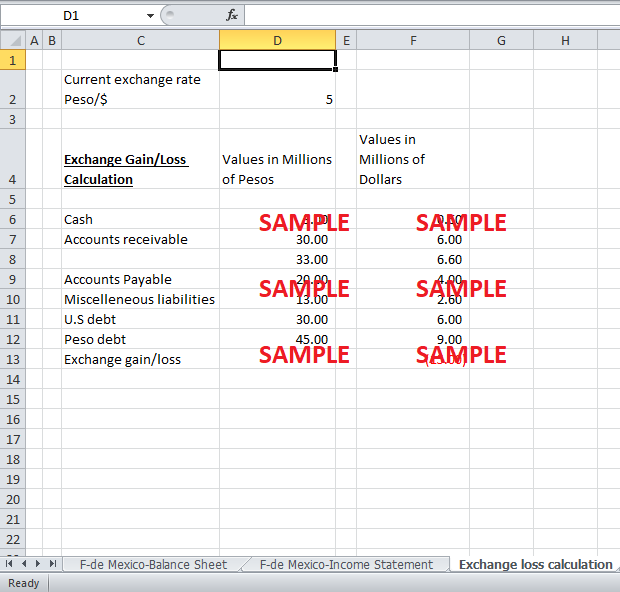 Farmington de Mexico is a wholly owned subsidiary of Farmington industries operating in Mexico. The company has a manufacturing plant in Mexico where products are manufactured locally and sold to local buyers. All revenues and costs of the manufacturing facility are accounted for in Pesos because the company operates and sell s everything in Mexico. The Conference call between security analysts and Farmington representatives in the case shows that the company had not adopted proper hedging techniques for sales and costs incurred in pesos. The earnings of the company in pesos were converted to dollars and then recorded as profit in the parent company in USA. So, in the absence of hedging, Farmington de Mexico was bound to record exchange rate loss in the financial statements owing to sudden devaluation of pesos against dollars.

On the other hand, Exportaciones has a natural hedge against exchange rate because the company exports its products manufactured in Mexico to Latin American countries. In the conference call conversation, Farmington representative says that the company sells its exports to Latin American countries in dollar terms. That is why S.A had natural hedge against exchange rate risk and it recorded an exchange gain on its financial statements because when devaluation of pesos against dollar means that a dollar is worth more pesos than before devaluation. So, when the profit of S.A is converted from dollars to pesos, it should record an exchange gain.

2. What is the effect of the peso devaluation on the operations and financial statements of the company’s maquiladora?

Farmington Industries has leased an assembly facility in Mexico to take advantage of cheap labor and low costs of manufacturing in the country. Products manufactured in US were imported into Mexico for assembling at Maquiladora assembling facility. The finished products were sold in dollar terms in United States. However, a significant portion of the costs incurred by the assembly were in terms of Pesos. Costs like Lease payments, Wage payments and Inventory carrying costs are all incurred in Pesos and account for 95% of the of the total costs. Therefore, devaluation of Pesos against dollars should negatively affect the operations and financial statements of maquiladora facility. Devaluation of Peso means that the costs of production and wages payable in Pesos have risen and profit margin of the assembly facility has decreased. Costs of financing and raw materials also increase due to rising inflation.

Therefore, when these products with relatively higher costs are sold in United States, the parent company’s profit margin decreases and a huge exchange rate loss has to be recorded on the financial statements.

3. What is the effect of the peso devaluation on the operations and financial statements Farmington N.V?

Farmington N.V is an offshore shell corporation that is used to sell the products manufactured in United States to Latin American countries. Although, most of the exports of the Framington Industries are in dollar terms yet for Farmington N.V, some of the key costumers are allowed by the company to pay in Pesos. At the year end, receivables in dollars are $6 million while receivables in pesos are 4 million approximately. Using the year end exchange rate of 5 pesos/dollar, receivables in Pesos are can be converted to $0.8 million. So, approximately only 12% of the receivables are in Peso term. Therefore, a small Exchange rate loss should be recorded on the financial statements of Farmington N.V.

The exchange rate before the devaluation shad started was 3.5 Peso/dollar. If these receivables in Pesos are converted into dollars using this exchange rate, the value obtained in $1.142 million. Therefore, Farmington N.V. should record an exchange rate loss of $342,857,000 ($1.142million - $0.8 million).

As far as receivables in dollars are concerned, they are not affected by the exchange rate fluctuations due to natural hedge.

If, the devaluation of Pesos continues for a very long time, the exports of Farmington are expected to decrease because higher exchange rate of Peso/$ means that American goods are more expensive for Mexican residents. So, the company is expected to lose sales in the future if deviation persists.

There are many methods that are used by the subsidiaries of the companies to translate financial statements into the currency of the parent company’s country. For Farmington de Mexico, financial statements have been translated using the current method as shown in the excel file. Sales, COGS and SG&A have been translated using an average rate while depreciation has been translated using historical exchange rate of 3 Peso/$. Exchange rate loss has been calculated by converting cash, accounts receivable and liabilities into dollars using current exchange rate then subtracting liabilities from the sum of converted values of cash and accounts receivable. This exchange loss comes to be $15 million.