Joanne Shen, president of a well-established Broadway company “Hanson Production” is wrestling with some troubles regarding the venue, ticket pricing, the script writes, costume overhaul, marketing plan. She was in talks with three possible theaters. About the prices, the objective is to charge an optimum price that is high enough to cover expenses but at the same time not drive customers away from enjoying the show. 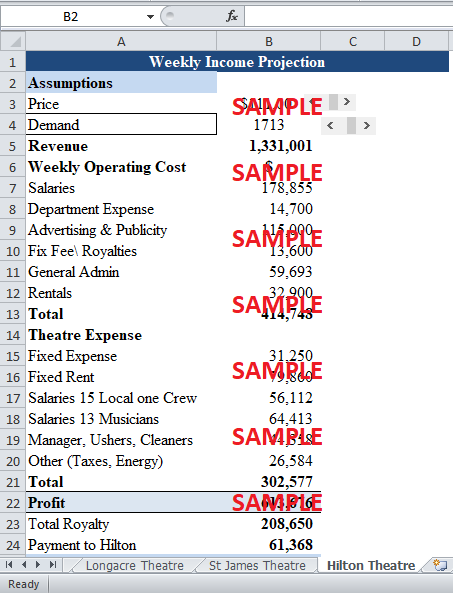 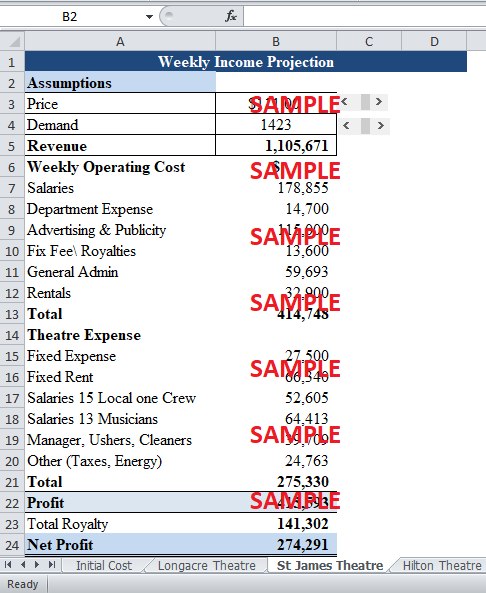 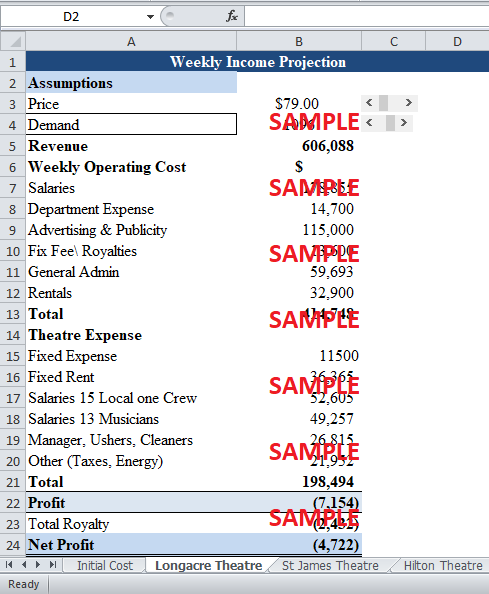 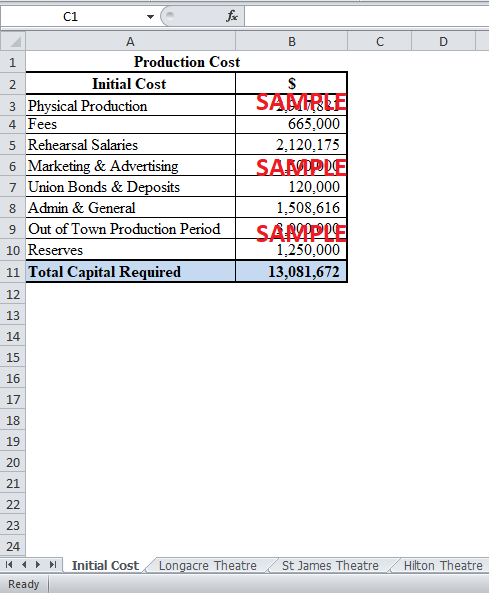 1. What makes a show successful and challenges to determine success and failure

In a typical theatre production, the success of a show or musical is depicted by the box office figures, social monitoring and critique reviews. Attendance and box office receipts determine the profitability of a show and therefore are appropriate measure of success. Although the best judge of the performance is audience whose response brings out the success factor in a theatre production. If the audience felt challenged, moved or engaged by the show, there is highly likelihood that the show will be a success. For the show to be successful it should have an appeal to the audience. The actors should live within the given circumstances of the plot. They should made dynamic and stereotypical choices of different circumstances. The audience would most likely become bored if there is a lot of manifestation to make up for not so hot job of acting.

In order to achieve success, show must be unified in all its area of productions. The audience will accept the show, if the elements of production such as the script and the acting are sound in the process. During the show, if something is not clicking out then some other facet of the show must make up for it.

In order to minimize the risk of not enjoying the show, consumer rely on information available from external sources. The information could be experiential or objective but in the selection of experiential goods, consumer rely more heavily on subjective type of information than objective information. In theatre, experiential information comes from the consumption experience and include reviews from critics which convey the direct experience and internal information. The reliance of people on reviews stem from the critic’s experience of specific art form. Critics are credible and persuasive, and also provide useful information about the plot, genre and cast of the show. Due to the advent of mass media, the critic’s reviews about a specific show spread to the far reaching areas immediately through the social system. So, one of the major challenge in success and failure of a show is lens of critic’s because of the fact that critic’s reviews have substantial and positive relationship with success and failure of broadway show reason being the nature of the product and type of information the convey.

Another challenge in the production is how the marketing and advertising has been carrying out for the show as it has a major role in creating awareness and influence choice in a big manner. As in case of Hanson Production the marketing material had to be reconceived after research showed that they were not able to sell the show as “Fun night at Theatre”.

The ticket pricing is another challenge that could drive either brings out the success in form of attracting large audience or it could repel audience and cause failure. Whenever, there is uncertainty the price only is used most of the time to form an impression about a product or service. Price is perceived to be an indicator of quality. Therefore price is an important factor in the success or failure of a show.

The cast of the show could be another factor that could question the success of show. The characteristics and attributes of the creative talent are likely to influence success. Well known and prominent artists are likely to attract more audience than those that have not recognizable names. The timing of the theatrical opening also effects success. Show type might be used as well by the customer to infer production value.

The exhibit shows that the total capital required for the Broadway production is around $13 Million of which physical production, rehearsal salaries, marketing and advertising budget comprise the major chunk of total cost. Weekly income is calculated b assuming different average prices and capacity for all 3 venues.

For Longacre Theatre, the total seating capacity is 1,096 seats. Initially the average show price is considered $79, this would create an intense demand and we assumed that the whole capacity will be occupied. But this will produce negative profit. In order to change, the price and capacity, scroll bar is added in the excel sheet.